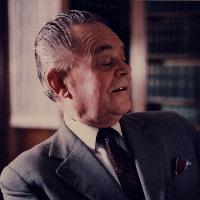 Benda, Kálmán
Kálmán Benda (1913–1994) was a Hungarian historian and archivist. He studied history and geography at the science university of Budapest as a student at the Eötvös College. He got scholarships to pursue studies in Vienna, Berlin, and Paris in 1937–1938. From 1938 to 1942, he was the director of the People’s College in Tata. He worked as an instructor at the Calvinist Grammar School of Budapest (1940–1941) and assistant administrator at the Ministry of Religion and Public Education (1941–1942). In 1942, he began working at the Teleki Pál Science Institute. He served as vice-director at the Institute between 1945 and 1947. He taught at the science university of Budapest (1945–1949), and he was vice-director at the East European Science Institute (1947–1948), but he lost his job at the end of 1948 for political reasons. Benda earned a living doing odd jobs, but in 1950, he was given a position at the Archive of the Church District along the Danube River of the Hungarian Calvinist Church. In 1957–1958, Benda served as the vice-director of the Institute of History of the Hungarian Academy of Sciences. From 1958 to 1983, he was a fellow at the Institute. From 1983 to 1985, he was head of department. In 1985–1987, he was a scientific advisor at the Institute. He taught at the school of education at Szeged (1975–1977), and in 1980 he was made the director of the Ráday Collection. In 1984, he became an honorary professor at Eötvös Loránd University. As a scholar, he focused on the history of Hungarian and Transylvanian culture and education in the Early Modern Age.
read more 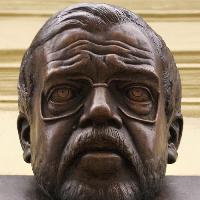 Václav Benda was a signatory and spokesperson of Charter 77. He studied philosophy and Czech studies at the Faculty of Arts at Charles University in Prague from 1964–1969. He received his doctorate in 1970. Afterwards, he studied theoretical cybernetics at the Faculty of Mathematics and Physics at Charles University from 1970–1975. After graduating, he worked as a computer expert. However, after signing Charter 77 in 1977, he was dismissed from his job and worked as a stoker.

Benda transferred his critique of the regime into civic activism. In 1968 he became head of the Academic Council of Students and was the founder of the Catholic Youth Club. During Normalization he was one of the founders of the Committee for the Defence of the Unjustly Prosecuted (VONS) in 1978. He was also a spokesperson for Charter 77 in 1979 and 1984. In 1988, he co-founded the Movement for Civic Freedom (Hnutí za občanskou svobodu). Benda represented the Catholic stream of Czech dissent. He published in samizdat volumes, and co-translated into Czech the book “New Paths in Biology” by Swiss zoologist Adolf Portmann, which was published in the samizdat edition Expedice. He also published and edited a philosophical samizdat journal Paraf (1985–1989), and wrote for the exile periodical Studie. He was imprisoned from 1979-1983 for his activities and political opinions.

After the Velvet Revolution he focused primarily on politics. From 1989–1993 he was the chairman of the Christian Democratic Party, and for next three years its vice-chairman. After merging the party with the Civic Democratic Party, Benda became part of its new executive committee. From 1989–1992 he was also its deputy chairman, and at the time of the break-up of Czechoslovakia he was chairman of the Federal Assembly. After the end of his parliamentary mandate, he worked at Prague City Council (1994–1997). From 1994–1998 he was director of the Office for the Documentation and Investigation of Communist Crimes. In 1996 he was elected to the Senate. He served as a Senator until his death in 1999. Benda was awarded the Czech state medal “Za zásluhy” (Medal of Merit) in 1998.
read more
Bereményi, Géza

Writer, scenarist, director, lyricist for Tamás Cseh, with whom he started to work in 1970. They composed some 1,200 songs, mostly in the early 1970s. However, they did not publicize these works in the early years. The songs, rather, were performed only privately. According to several people, they reveal more about life during the Kádár era than history books.

Born Géza Vetró, he later acquired the name Rozner from his foster father, which he replaced with his grandfather’s family name, Bereményi, when he became a legal adult. Studied Italian and Hungarian linguistics at ELTE and later worked as a dramaturg and as artistic director and a theatre director.

He published thirteen books, directed seven films and twenty-one plays, and wrote twenty film scripts and forty-six play-scripts. Member of the European Film Academy and the Hungarian Academy of Arts.

Horia Bernea (b. 14 September 1938, Bucharest – d. 4 December 2000, Paris) was one of the most well-known Romanian painters of the second half of the twentieth century. After being twice refused admission to the Academy of Fine Arts in Bucharest, he turned towards various other disciplines, declaring in order to be admitted that his father, the sociologist Ernest Bernea, who was a political prisoner, was in fact dead. He prolonged his studies in order to avoid the military service that was compulsory in the communist period, and studied mathematics and physics at the University of Bucharest (1957–1958), and then at the Technical School of Architecture (1959–1962) and the Drawing Section of the Pedagogical Institute (1962–1965). Horia Bernea was a representative of the so-called Poiana Mărului school, named after the isolated mountain village where a number of painters withdrew in the 1950s and 1960s as a place of refuge away from the control of the censors. It was not a group with a well-defined aesthetic orientation, so much as “an informal and heterogeneous group of artists, with a fluctuating composition, who had shared preoccupations and affinities” (Popica 2013). Later, from 1985, Horia Bernea was a member of the Prolog group, along with de Constantin Flondor, Paul Gherasim, Horia Paștina, Cristian Paraschiv, and Mihai Sârbulescu.

According to Andrei Pleşu, Horia Bernea achieved in his painting “a sort of earthly paradise, in which the voices of the West and of Byzantium interpenetrate.” According to his own testimony, his return to the values of Eastern Christianity was not incompatible with the avant-garde, but an experiment that combined tradition with modernity in the specific context of the Ceauşescu dictatorship. “It was more a matter of re-sacralising the act of making than of bringing religious paraphernalia into painting. This began to change a little at the point when Ceauşescu began to demolish, when atheism began to manifest itself so strongly, as it still manifests itself. And I felt the need to bear witness through faith, church towers, the cross, the processional banner, iconostases, subjects that were almost untreated in painting, precisely out of the desire to manifest Orthodoxy in a direct way.”

In the course of his career, Horia Bernea took part in many solo and group exhibitions, both national and international, and received numerous prestigious awards in his field. After the fall of communism, he was for almost a decade the director of the Museum of the Romanian Peasant (Muzeul Țăranului Român – MŢR) in Bucharest. During his time as director, he managed to bring about a spectacular and beneficial metamorphosis of the institution, which had taken over the building of the former Museum of the Romanian Communist Party. “I am dominated by a strong belief in the values of peasant art, in its validity, and by respect for those people who were unable to defend themselves,” Horia Bernea confessed. Following its transformation according to Horia Bernea’s vision, the Museum was accorded in 1996 the distinction of European Museum of the Year. “When I stated that the Museum was subversive, I had in mind a subversion of the Christian type, one that makes you feel and believe that the world is good by virtue of its purpose, beautiful by virtue of its creation, complex by virtue of its life, and spiritual by virtue of its materiality,” reflected Horia Bernea, speaking of the metamorphosis that he achieved at the Museum of the Romanian Peasant.