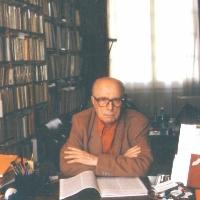 Virgil Ierunca (real name Virgil Untaru, 1920–2006) was a Romanian literary critic, writer, and cultural journalist. He was born on 16 August 1920 in Lădești commune, Vâlcea County and in 1943 he graduated from the Faculty of Literature and Philosophy of Bucharest University. After World War II, he began to publish articles about French culture in newspapers towards the left of the spectrum of Romanian political life (Dumitrescu 1997, 304; Meseșan 2015, 82–83). Later on, Ierunca explained that his initial leftist sympathies were the result of his anti-fascism and of the fact that, as he put it, “communists overwhelmed me with attention which I gave up when I understood their game” (Meseșan 2015, 83). He thus left for France with an Arthur Koestler scholarship granted by the French Institute in Bucharest, and in 1948 he sought and was granted political asylum there (Meseșan 2015, 84). In 1952, he married Monica Lovinescu, with whom he shared his passion for literature and her determination in supporting dissidence against Romanian communist rule.

In exile, Virgil Ierunca focused on cultural journalism, working for Radio Paris (1951–1975) and from 1975 for Radio Free Europe (RFE) where he collaborated on two programmes: Cronica pesimistului (Chronicle of the pessimist) as part of the Actualitatea românească (Romanian Cultural Events) and Povestea vorbei –  pagini uitate, pagini cenzurate, pagini exilate (The story of the word – forgotten pages, censored pages, exiled pages). He also wrote articles, essays, and even poetry for magazines and newspapers published by the Romanian exile community and acted as editor-in-chief for several Romanian publications printed abroad (Meseșan 2015, 85; Crăciun 2009, 285). In his broadcasts, Virgil Ierunca used cultural journalism to express his anti-communist convictions, as he sharply criticised many authors of the Romanian literary scene. In addition, he was among the first to document the mass-scale repression perpetrated by the communist regime against innocent individuals.

He shared Monica Lovinescu’s opinion that politically unbiased literature was possible even in communist Romania (Stan Snejana 2010, 120–121), and consequently he used his broadcasts and written pieces to acknowledge the moral integrity and literary value of some of the Romanian writers marginalised for their reluctance to follow the official canon. On the other hand, he openly condemned the compromise made with the regime by another part of the Romanian writers and saw his criticism as a moral duty towards the present and especially the future. Through his journalist project entitled Antologia rușinii (The anthology of shame), Ierunca became the needed voice that denounced “the stupidity, servility, and insolence” of those intellectuals “who did not only lose their conscience but also their reason” (Merișanu and Taloș 2009, 7–8).  Antologia rușinii identified those who shamelessly praised the communist regime, its policies and leaders and it was supposed to function as a vaccine against the forgetting of those acts of collaboration that nurtured and ensured the survival of the regime (Mănescu 2012, 13–14, 25, 27–29). Virgil Ierunca started the Antologia rușinii column in November 1957 and resumed the project after the so-called Theses of July 1971 when the Romanian press was flooded with these “texts of shame” (Meseșan 2015, 85–86; Mănescu 2012, 67–70).

Virgil Ierunca remained mostly known for his indictment of communist repression. In 1981, he published Fenomenul Pitești (The Pitești phenomenon), the first account of the extreme psychological and physical torture that inmates in prison of Pitești were subjected to round-the-clock by other inmates in 1949–1952. Besides exposing the horrors of this rather unique “reeducation experiment,” which came to be associated with Pitești, although it was implemented in several other prisons too, Ierunca raised again the issue of collaboration with the regime. In this case, he condemned the lack of morality and conscience on the part of those who designed this experiment and of those who participated willingly in the tortures and humiliations (Mănescu 2015, 23, 71–72). Due to his opposition to the Romanian communist regime, the Securitate tried to silence Virgil Ierunca, but the would-be assassin surrendered  to the police in Berlin (Lovinescu 2001, 247). Ierunca’s anti-communist activity gained official recognition in 2006 when the Romanian authorities praised Virgil Ierunca and his wife, Monica Lovinescu, for their activity at RFE and for supporting and popularising acts of cultural opposition against the communist regime (Mănescu 2012, 16). 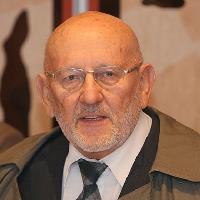 Gediminas Ilgūnas was a journalist, writer, ethnographer and traveller. (Although his full name was Stanislovas Gediminas, he chose to be called by his middle name Gediminas.) In 1953, he was imprisoned for anti-Soviet activities. According to his criminal record, he was arrested and sentenced to 25 years for 'anti-Soviet activity'. He was accused of participating in an organised 'anti-Soviet group', of attacking a Red Army soldier and stealing his gun, of stealing a typewriter from a Soviet organisation, and of maintaining contacts with guerilla fighters. However, in 1956, Ilgūnas' sentence was shortened to seven years, and in 1957 he was released. Although there is no information about his release, after the 20th Communist Party Congress in February 1956, many Lithuanians who had been imprisoned for anti-Soviet activity were released; Ilgūnas was probably one of them.

In 1959, together with his close friend the philologist and literary historian Vincas Kuzmickas, he started to organise ethnographic expeditions, not only in Lithuania, but also in the Soviet Union (Russia), and to collect material about important personalities in Lithuanian national history (the geologist Jonas Čerskis, and Vincas Pietaris, the author of the first historical novel in the Lithuanian language), who were practically unknown to the general public. He graduated from the Faculty of Philology at Vilnius University in 1976. Until 1990, Ilgūnas worked for a state construction company. The ethnographic and cultural activities which he was involved in were not considered dangerous by the regime.

During the time of perestroika, Ilgūnas founded a Sąjūdis movement group in his native town Jonava in 1988, and in 1990 he was elected to the Supreme Council, which on 11 March 1990 proclaimed Lithuania's independence. He made a political career in the Republic of Lithuania, as director of the Archive Department, chairman of the Board of Lithuanian Television and Radio, an active member of the Lithuanian Social Democratic Party, and as an advisor to President Algirdas Brazauskas.

The Gediminas Ilgūnas collection was founded in 1988. Ilgūnas presented nine units of material to the Lithuanian SSR Central State Archive of Literature and Art. The manuscript of his biography of Vincas Pietaris was among them. In 1992, he again presented more than a hundred units of documents to the Lithuanian Archive of Literature and Art. Among them were various documents he had collected relating to the life of Pietaris and his writings (copies of articles, etc). In this way, the Ilgūnas collection in the archive grew substantially.

Krasimir Iliev graduated from the Bulgarian National Academy of Art, Department History of Art in 1982. After his graduation, he earned his living by activities which were not related to art studies. He worked as a dyer, tiler, restorer of furniture and in other manual professions. He organized several independent exhibitions, for example at the National Palace of Culture in Sofia, 1989; "K–14" in Oberhausen in 1990; at the Bochumer Kulturrat in 1991; in the Fridtjof Nansen-Haus in Ingelheim in 1992. In 1994 he started working with the Open Society Foundation. In 2005 he was invited by Liliya Borova to collaborate with the Krag+ Gallery. Since 2007 he has worked as a keeper and curator at the Sofia City Art Gallery (SCAG). Iliev is initiator and curator of numerous exhibitions related to the forms of opposition in the field of fine arts, such as retrospectives about Ivan Georgiev-Rembrandt, Angel Stanev, Evgeniya Vodenicharova, and Ziyatin Nuriev. H was initiator and curator of the thematic exhibition "Forms of Resistance", for which he also wrote the catalogue of the same title.

The exhibitions he conceptualized are research projects by means of which the author poses questions and gives publicity to concealed crimes against Bulgarian artists and demonstrates the regime's mechanisms to ideologically control art. Iliev shows the active role of some painters, their resistance against the system, and the dogmas of Socialist Realism.

Krasimir Iliev recounts: "The main question in this attempt for research is whether there was a resistance by the painters against the roller of the ideological machine, which in the 1970s and the early 1980s gradually transformed into a stand with carrots (if I may use the stick and the carrot metaphor). The roller as well as the hand-cart had one and the same aim – to deform. I don't know which one was worse. The attitude of the authorities in the country caused by their limited intellectual capacity and the ambition to follow like idiots every Soviet example, especially in the first decade, led to tragic results in fine arts. (...) Those in powerful positions erased the traces of their participation in the repressions against their colleagues. Documents that were supposed to be kept in the archive were found thrown in front Iliya Petrov's house. The remains of the files of the State Security have a crucial importance for lifting the veil and this is relevant for all times, for the whole forty-year period of the research. It is impossible to reach the facts let alone understand what was happening if we don't read the files. (...) The fear still exists. We, the people who lived during those years, built a barrier between our thinking and the public speaking."

read more
Illés, Árpád
Painter. Graduated from the Hungarian Academy of Arts in 1934. His masters were Gyula Rudnay and László Kandó. He became friends with the poet Sándor Weöres in 1929. From 1935 on, he made a living working at applied graphics jobs and accepting stage design commissions. He designed many of the books of Sándor Weöres. Between 1949 and 1975, he designed exhibitions for museums (the Museum of Ethnography, the National Museum, the Museum of Fine Arts, the Science, Technology and Transportation Museum). Between 1959 and 1969, he taught in elementary school. He presented his surrealist paintings first in an atelier exhibition in 1959. His organic abstract, lyrical surrealist painterly style evolved fully by the beginning of the 1960s. He was inspired by flora and fauna and ancient myths. He used egg tempera to achieve bright colours.
read more
1 - 5
1 2 3 4 next page »»