1,093 people found (New collection descriptions are constantly being added)
Items per page:       «« previous page 1 ... 5 6 7 8 9 10 11 12 13 ... 218 219 next page »»
Baász-Szigeti, Pálma
Pálma Baász-Szigeti (1954) is a Transylvanian Hungarian fine artist. She is the widow of Imre Baász, and she is also the caretaker of his bequest and the founder of the Imre Baász Collection.
read more
Becker, Erika
Following completion of her studies in 1982 Erika Berger began working for the Neubrandenburg Literary Center, the official institution of the Neubrandenburg District Council, responsible for the promotion of regional authors as well as maintaining the regional literary legacy. In 2005, she took over both the management of the Center as well as that of the Brigitte-Reimann-House of Literature. Her relationship to the GDR is described by Erika Becker as "critical yet loyal".
read more 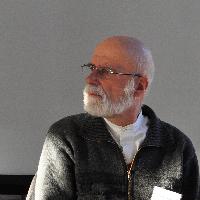 László Beke is an art historian and curator. He studied at the Art History and Hungarian Language departments of Eötvös Loránd University in Budapest. Beginning in 1968, he was a research fellow in art history at the Research Institute for Art History of the Hungarian Academy of Sciences. From 1988 to 1995, he was chief curator of the painting collections of the Hungarian National Gallery and from 1995 to 2000 was the general director of the Műcsarnok/Kunsthalle in Budapest. Between 2000 and 2011, Beke served as the director of the Research Institute of Art History of the Hungarian Academy of Sciences in Budapest. Since 1990, he has been a professor at the Hungarian University of Fine Arts and teaches at several other Hungarian institutions as well. Beginning in the late 1960s, he began participating in the activities of the underground contemporary art movements in Hungary. Beke is the author of approximately 400 studies, articles and catalogue essays and has been the editor of 15 books.

The first two decades of Beke’s career ran along parallel paths: at his official workplace he researched Medieval goldsmithery (his doctorate was about cloisonné enamel pieces), while in his free time he participated intensively in progressive art events that took place primarily at marginal locations. He soon became one of the major organizers of these events. Beke initiated projects, participated and organized events at the Chapel Studio in Balatonboglár, organized exhibitions at the Club of Young Artists in Budapest and happenings at the Ganz Cultural Center that were formally conducted as educational lectures. In the meantime, he built an extensive private archive, wrote essays, organized many exhibitions and served as a consultant for many exhibitions abroad. In 1977, Beke received the Kassák Prize awarded by the Magyar Műhely in Paris for the documentation of Hungarian art.

At around the time of the régime change in Hungary, the unofficial and official paths of Beke’s career merged. He received the Mihály Munkácsy Prize in 1989 and the Széchenyi Prize in 2009.
read more

Ante Beljo was born in the village Veliki Gornji Ograđenik near Čitluk, Bosnia-Herzegovina in 1946. He attended primary school in his hometown and secondary school in Široki Brijeg. At the Faculty of Science, University of Zagreb, he studied physics, but he did not complete his studies, because in 1967 he emigrated to Austria, and then to Canada in May 1968. In Sudbury, the largest city in Northern Ontario, in addition to his regular work, he was also an active participant in Croatian cultural organizations in Canada and North America. He is one of the founders of the Croatian-Canadian Folklore Federation and was active in the work of Amnesty International. During the introduction of the multiparty system in Croatia (1989-1990), he became involved in the activities of the Croatian Democratic Union in Canada. In 1990 he returned to Croatia, and in January 1991 he established the Croatian Information Centre, an NGO with the mission of informing the international public and Croatian emigrants about events in Croatia and Bosnia- Herzegovina. From 1993 to 2000 he served as director of the Croatian Heritage Foundation. He was a member of the Croatian Parliament for two terms (elected in 1995 and 2000). In 1995 he was awarded the Order of Danica for special merits in education. 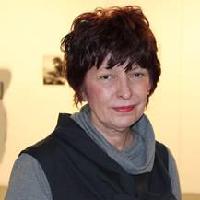 Marina Benažić is a professor of art history and comparative literature. Since 2006, she has been the curator of the Tošo Dabac Archive, and its manager since January 2007. Her position as manager of the Archive means that she is the chief executive of the Archive, the main organizer of all events organized by the Archive, and also makes her the most conversant with the contents of the Archive.

Benažić was not associated with the socialist regime, nor was she involved in the cultural activities of the opposition. Her importance to the Collection rests on the fact that she is its manager.