The Center for Theoretical Study (CTS), a common department of the Czech Academy of Sciences and Charles University in Prague, focuses on high quality research in the diverse fields of the humanities, social and exact sciences. CTS stimulates transdisciplinary approaches to science and encourages new methods of interaction and cooperation between disciplines. The major fields of current study in CTS are: Mathematics of Complex Systems; Biodiversity and its Dynamics; Man and Nature in Quaternary; Theorizing the City; Science, Expertise and Rationality in Society; Phenomenological Philosophy.

The Center for Women’s Studies is a non-profit, non-governmental organization based in Belgrade. It is autonomous and independent from political structures or groups. The fundamental task of the Center for Women’s Studies is to support and improve theoretical models that embrace differences and plurality. The most important aim of the Center is the theoretical examination of the possibility of resistance and of political action against social practices of discrimination and exclusion based on sex, skin color, class, gender, sexuality and ethnic, national, religious affiliation.

The foundation of Women’s Studies in Belgrade was initiated in 1991 by the Belgrade feminist group Woman and Society. The first experimental, one-semester course, began symbolically on March 8 (International Women’s Day) in 1992. From 1992 to 2012, a library was developed that contains more than 6,000 books and 400 magazines. During this period collaboration took place with 70 organizations throughout the country, the region and beyond. It is also important to note that over 1,500 students have attended its lectures.

The Center’s long-term strategy is to develop and establish academic programs that are based on the right to be different; that is, to think and act differently.

The Center’s activities cover different fields, but the they have been arranged together to create a sophisticated alternative educational program. The Center’s primary focus is on lectures, supporting research projects, further expanding the library and information center and publishing. The Center also organizes workshops, courses and conferences.

Originally, it was conceptualized as a movement for peace: the Center for Women’s Studies operated from its very beginning in the context of the Yugoslav wars (1991-1999). Therefore, the starting point of the Center’s work, as an educational project, has been the fact that it was not a value-neutral project nor was it ever represented as one. This is due to its clear political commitment to work against war and nationalism as well as being rooted in the tradition of feminist activism.

In addition to the development of a teaching program, the Center for Women’s Studies has developed other activities over the past 10 years that support lectures and complement its educational profile. Above all is the publishing of texts such as the Journal of Women’s Studies (now Genero), launched in 1995, a series of translations and books by local authors, its ongoing maintenance of the library (founded in 1994) and conducting research.
read more 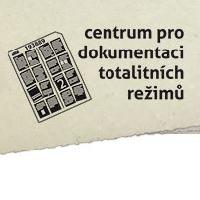 Center for the Documentation of Totalitarian Regimes

The Center for the Documentation of Totalitarian Regimes was established to explore the history of the totalitarian and authoritarian regimes of the 20th century. CDTR wants to contribute to the preservation of historical memory and the protection of human rights.

CDTR activities include historical and archival research, oral history, academic and civic education, focusing on topics related to the existence of totalitarian and authoritarian regimes in the 20th century. It also focuses on practical cooperation with other similarly-oriented bodies at both a national and international level, organizing internal and public seminars, lectures and conferences, organizing campaigns and petitions, publishing and distributing printed and electronic publications, and also conducting advisory and consulting activities in the above-mentioned areas.

The CDTR runs three web sites: minulost.cz (an online portal for the documentation of totalitarian regimes), iBadatelna (the State Security documentation portal) and vons.cz (a website collecting information on the history of the Committee for the Defense of Unjustly Prosecuted People).

CDTR has no employees. It is a non-profit organization that is run in the free time of its members.

The Central Committee of the Communist Party of Croatia (CPC)/League of Communists of Croatia (LCC) was the highest body of the CPC/LCC between the two congresses. The CP organizations in Yugoslavia, as well as the CP organizations in its federal units, managed their central committees.
The CPC was a part of the Communist Party of Yugoslavia (CPY)/League of Communists of Yugoslavia (LCY) which was the ruling political organization in the former Yugoslavia in the period 1945-1990. The LC dictated the overall development of Yugoslav and Croatian society, and Party decisions were largely binding on the state and republic authorities and governmental bodies, as well as for mass political organizations.