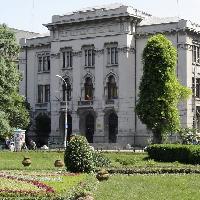 The Central National Historical Archives in Bucharest (ANIC), located in Bucharest, is the main branch of the National Archives of Romania. The national archive system is financed by and operates under the Ministry of Internal Affairs. It is divided into one central branch in Bucharest, one local branch also in Bucharest, and forty-one county branches. Its main purpose is to collect, preserve, and make available to Romanian and foreign citizens documents created by Romanian state institutions (including religious ones) and personalities who played an important role in the political, social, and cultural life of Romania. Besides archival documents, the National Archives branches house an impressive library with periodicals, incunabula, manuscripts, old books, maps, and photographs.

The organisation of the national archives dates back to the nineteenth century (1831 in Wallachia and 1832 in Moldavia) when a new set of laws called Regulamentul Organic (Organic Regulation) was implemented. The following years witnessed an increased concern for drafting regulations about the selection, preservation, and use of archival documents (Berciu-Drăghicescu 1994, 39–40, 46–47). After the creation of the Romanian state through the union of the principalities of Wallachia and Moldavia in 1859, the archival system was reorganised. Thus, in 1862 the State Archives established a central branch in Bucharest to which the division in Iași was subordinated (Dobrincu, Marin, and Muraru 2009, 5). After the incorporation of Transylvania, Bukovina, the Banat, and Bessarabia in the Romanian state in the aftermath of the World War I, the national archives underwent a new reorganisation and three new regional branches were established in Cluj-Napoca, Cernăuți, and Chișinău. In 1925 a new law of archives was passed and several other regional branches were created (Berciu-Drăghicescu 1994, 54–56).

The administrative territorial reorganisations of Romania after the establishment of communist rule in 1948 changed again the structure of the national archive system. Thus, each territorial unit (region or county) had its own local archive branch (Berciu-Drăghicescu 1994, 56–57) with the exception of the Romanian Capital where two archive branches functioned: one for the city of Bucharest (from 1950) and another as the Central National Historical Archives (Dobrincu, Marin, and Muraru 2009, 9, 45). The latter collected and organised the archives of the central state institutions and also those created by personalities who had played an important role in the political, social, and cultural life of Romania. In 1985, due to the programme of urban systematisation, the headquarters of the Central National Historical Archives was demolished along with the building of the Mihai Vodă Monastery. The offices and the entire archival collection were moved to the current location of the National Archives in Bucharest (Dobrincu, Marin, and Muraru 2009, 9).

The Central National Historical Archives hosts several collections reflecting cultural opposition to the communist regime, such as the Monica Lovinescu and Virgil Ierunca collection and the Gabanyi collection. It is divided into departments on the basis of their daily activity and the types of archives managed: “Public Relations Office”; “Office of Administrative and Cultural Archives”; “Office of Contemporary Archives”; “Office of Economic Archives”; “Office of Medieval Archives, Personal Fonds, and Collections”; and “Office of Technical Archives and Recordings” (Dobrincu, Marin, and Muraru 2009, 10). Between 2008 and 2018 the Central National Historical Archives alone or in partnership with various foreign or Romanian institutions began an ambitious program of digitisation aimed at creating an online database of medieval documents, a virtual archive of genealogy, and an online photo library of Romanian communism.

The Central Press Supervision Authority (HSTD) was a Soviet-style censorship authority, overseeing the circulation of information in Czechoslovakia in the 1950s and 1960s. The institution was set up in 1953 by a secret government order. At first it was subordinated directly to the presidency of the Czechoslovak government, however, after several months it was transferred to the Ministry of the Interior. The main aim of the HSTD was to ensure that materials containing secret or sensitive information were not published or disseminated to the public. In 1967, the HSTD was renamed the Central Publication Authority, and the following year, in 1968, this provisional censorship office was abolished. 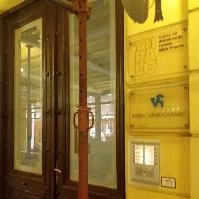 Centre for Democracy and Law Miko Tripalo
The Centre for Democracy and Law Miko Tripalo was founded in 2003 as a civil society association dedicated to the rule of law and promotion of democratic ideas, adhering to the ideas and values for which Miko Tripalo strived even in the socialist era. The Centre promotes research into democratic processes and institutions in Croatia from 1848 to the present. The Centre has established the Miko Tripalo Personal Fund, an archive in which materials from Miko Tripalo’s bequest are stored as a base for collecting and sorting materials from contemporary Croatian history.
read more
Zentrum für Theaterdokumentation und – information
The Centre for Theatre Documentation and Information was founded by former members of the GDR Union of Theatre Producers (Verband der Theaterschaffenden der DDR) that was dissolved in 1990. The Union was founded with the aim to support the development of socialist German theatre, organise conferences, training events and colloquia, and publish books and magazines.

When the Centre was founded, it took over responsibility for the baseline assessment of the Theatre in ‘Transition’ (Theater im Übergang) and Performance Documentation (Sammlung Inszenierungsdokumentationen) collections and continued the collection of materials on and documentation of the former GDR theatres’ process of transformation. Almost 30 theatres responded the call to document their work over 1989–94 and provided theatre performance schedules and plans, programmes, posters, and photos.
read more 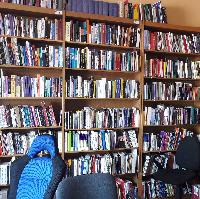