Shortly before returning to Croatia in the spring of 1968, Kljaković donated his émigré manuscript bequest to the rector, Msgr. Đuro Kokša, who signed this donation contract on behalf of the Pontifical Croatian College of St. Jerome. 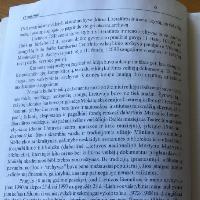 Establishment of State archive of Literature and art

The State Archive of Literature and Art was established in 1968, when a branch of the Central State Archive was made into a separate archive. All the documents relating to literature and art (including the Union of Writers collection) were transferred to the new archive.

The photographs taken by Tomislav Peternek in June 1968 were shown the same year in the House of Youth (Dom omladine) in Belgrade. The manager at the time, Nikola Marković, organised the display of ‘hot photos’. In order to avoid censorship and a ban on holding the exhibition, it was agreed that no one would speak at the opening and that little would be said about the show in advance. The photographs were fixed on panels and covered with protective paper. Well-known actress Snežana Nikšić unmasked each individual picture. With this symbolic gesture, the public was for the first time shown what had happened in the course of those seven stormy days in Belgrade. The photographs produced at that time by Peternek are of exceptional documentary and historical value. The exhibition was reconstructed in June 2018 in Belgrade’s House of Youth, fifty years after the student protests in the city. 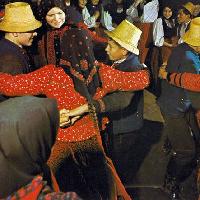 The first sound films from Szék, 1969

Hungarian researchers began studying the traditional culture of the city of Szék and the surrounding area in Romania in the 1940s, but their findings were only published in the 1970s. It was striking that Romanian folk dance groups did not include dances from Szék in their shows, and the locals from Szék did not present dances at national folklore festivals and competitions before 1969. Szék became popular among professional and amateur researchers because of a monograph on the region on which planning began at the end of the 1950s. Hungarian researchers, therefore, started to travel to Szék in the second half of the 1950s. In this period, travel was not easy, but it was possible. In 1965, Ferenc Novák wrote a paper about the dance culture of Szék. For a long time, only silent films were available about the dance culture of Szék. The turning point came in 1969, when Zoltán Kallós, György Martin, and Pál Sztanó cooperated with the Romanian Academy of Sciences and shot sound films about the Szék folk dances. This constituted an important breakthrough in the research, because the music could be heard while audiences saw the dances, so it became possible to learn the steps. Between 1959 and 1969, six sound dance films were made by Ferenc Novák, Gyula Varga, Jolán Borbély, Gabriella Böröcz, László Gurka, László Vásárhelyi, Zoltán Kallós, and György Martin.
In the middle of the 1960s, photographer Péter Korniss also travelled to Szék and took thousands of photos of traditional folk dance houses. The interest in the folk dances of Szék grew thanks to the sound films, and soon, more and more ethnographers, folklorists, photographers, amateur researchers, and people with an interest in traditional folk culture traveled to the city. These events are closely linked to the new wave of folklorism in Hungary, the so-called “Fly Peacock Festivals.” In the first dance house, which was held on 6 May 1972, the participants could imitate the style and atmosphere of a traditional dance house in Szék thanks to the work done by the people who had compiled collections on the music and dances of Szék.
Today, these films are available in color and digital versions.