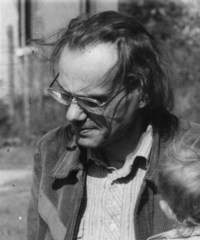 György Martin was born on 5 February 1932 in Budapest. Between 1951 and 1955, he was a folk dancer. At the Csokonai Folk Dance Group, where he was active, he was called the “engineer dancer” because his dancing style was very punctual and precise, and he learned the smallest steps, as well. He was studying Hungarian literature, grammar, and ethnography and museum studies at Eötvös Lorand University. His professors were Gyula Ortutay and István Tálasi. Between 1953 and 1956, he worked at the Hungarian Institute of Folk Art [Népművelési Intézet] as a folk dance researcher.