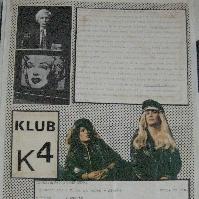 The FV 112/15 Group Collection is a blend of artistic materials representing the time, social movements, and lifestyle of young people in Slovenia in the 1980s. It documents a central part of Ljubljana’s subculture and the alternative youth movement through the work of an amateur theatre group called the FV 112/15 Theatre and through the activities of three alternative clubs. The group cultivated an ironic attitude toward socialism and deconstructed bourgeois stereotypes.

István Bibó (1911–1979) was a Hungarian political scientist, sociologist, and scholar on the philosophy of law. During the Hungarian Revolution of 1956, Bibó acted as the Minister of State for Imre Nagy’s second government. When the Soviets invaded and crushed the revolution, he was the last minister left at his post in the Hungarian parliament building. Rather than flee, he remained in the building and wrote his famous proclamation, “For Freedom and Truth,” until he awaited arrest. Bibó became a role model for dissident intellectuals in the late communist era and a symbol of non-violent civilian resistance based on a firm moral stand.
Since Bibó’s death in 1979, the family collection of his bequest, which includes personal documents, photos, manuscripts, books, and video and sound recordings, has been in the care of art historian and educator István Bibó Jr., who keeps the materials in his home in Budapest.

Family Collection of Árpád Göncz's Heritage
The rich family collection of photos, papers, books, videos, and other documents left behind by Árpád Göncz provides extraordinary insights into the long history of democratic and patriotic movements in Hungary. The collections play an important role in preserving the memories of the 1956 Revolution and the democratic and liberal traditions of Hungary.
read more 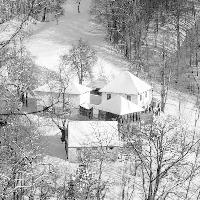 Family of Clear Streams - Art Commune
The Family of Clear Streams (Porodica bistrih potoka) art commune was established by Božidar Mandić in 1977 in the village of Brezovica under Rudnik mountain and is still in existence today. The principles of the commune are the “Philosophy of Soil”, “Open Home”, “Poor Economy” and “Art” and it claims to value honesty, bravery, modesty, truth, love, goodness, peace, labor and happiness.

Having been sent to the provinces of Lithuania in 1966, the ex-Soviet political prisoner and Catholic priest Fr Stanislovas made Paberžė an attractive place for the intelligentsia and people who shared non-Soviet attitudes. Fr Stanislovas became widely known in Lithuania for his deep sermons and his ability to attract and engage people through various initiatives, like collecting, repairing and restoring old things, his philosophical attitude towards things (similar to that of Rainer Maria Rilke), and the importance of activity. The items (material objects) in the collection are a testimony to the environment in which the cultural opposition led by Fr Stanislovas discussed political, religious and social issues during Soviet times.