Institute of National Remembrance
The Institute of National Remembrance Commission for the Prosecution of Offences against the Polish Nation (IPN) was created under parliament act of 1998 and is a state body authorised to carry out research, educational, archival, investigative, and vetting activities. The head office is located in Warsaw and there are 11 branch offices in larger cities, as well as 7 delegations. The historical scope of Institute's activities is very ample, as it regards a period from 1944 to 1989. Its tasks include collecting and managing national security services' documents, created between 22 July 1944 and 31 July 1990, as well as investigating Nazi and communist crimes against Polish nationals or Polish citizens of other nationalities - committed between 8 November 1917 and 31 July 1990. Other important activities include scientific research and public education. Institute of National Remembrance collaborates closely with State Archives, veteran organisations, historical associations, and foreign agendas involved in research and commemoration of recent history, in particular the history of Central-Eastern Europe.

What distinguishes the Institute of National Remembrance from other Polish institutions dealing with politics of memory is its possession of the documents of communist secret service, political legitimacy and stable, not-grant-dependent funding. It does not make the Institute a monopolist in the Polish sphere of social memory, but rather a very influential and strategic actor (Klich-Kluczewska 2017). When it comes to political legitimacy, one can see how the foundation of IPN was deeply embedded in changes of Poland's dealing with its past after 1989. IPN was founded on the basis of a special law voted in Polish Parliament in December 1998 and started to function in 2000. The aim of this institution was defined as safeguarding the memory of the enormity of tragedies (including the numbers of victims), and the losses and damages inflicted on the Polish nation during World War II, as well as commemorating the patriotic traditions of resistance of the Polish nation against the occupiers, whether Nazi or communist. The Parliament that voted the creation of IPN was largely constituted of post-"Solidarity" party - the "Solidarity Electoral Action" (Akcja Wyborcza Solidarność). According to some scholars working on politics of memory in Poland, for example Barbara Klich-Kluczewska, in the first decade after 1989 Polish historians were not eager to "deal with the past" or to tackle some issues of the most recent history (Klich-Kluczewska 2017). Also, most of the political milieu (mainly post-communist party) was not pushing for immediate vetting and lustration policies. That changed in the late 1990s, when the need to settle communist crimes and persecute the perpetrators pervaded.

In the beginning of its functioning, the Institute received the materials created by the civil and military state security bodies between 1944 and 1990. Those materials included for example the Security Services of the Ministry of Internal Affairs and Military Information , but also the materials regarding Nazi and communist crimes, collected by the Chief Commission for the Prosecution of Crimes against the Polish Nation and by regional commissions, and court , prosecutorial, military and punitive institution files regarding oppressed by the regime. The biggest controversies regarding the Institute of National Remembrance arose in years 2000-2007 when the politics of disclosure and modes of access to the resources of IPN (or rather lack of access) were greatly discussed in the media. That resulted in publication of 162 000 names mentioned in secret service's files by a right-wing journalist Bronisław Wildstein in 2005. The so- called "Wildstein list" did not distinguish officers from employees of secret service and secret collaborators. Releasing those names started a discussion about the Polish way of seeing its communist past and dealing with it. In 2006, accordingly to the Lustration Law, the Institute became responsible for vetting process of judges, officials, and politicians. Since 2007 the access to the IPN archive (official name: Office for the Preservation and Dissemination of Archival Records (Biuro Udostępniania i Archiwizacji Dokumentów IPN)), which houses almost 86.5 kilometres of files, is a public right – everyone can file a motion to check his/her files in the archive. IPN Archives are not subordinated to the director of the National Archive, but directly to the president of IPN.

When it comes to public appearances, the main narrative promoted by the Institute of National Remembrance in the first decade of its functioning was rather radical. It was based on a conservative, historical politics that aimed at preventing collective amnesia, promoting special values and ideas, as well as openly criticising the socialist past as a period of oppression and suffering. This narrative deepened the friction between the "state" or "regime" and the "democratic opposition", and did not include different strategies, ambiguous interpretations, grey zones or doubts (Klich-Kluczewska 2017). The first director of IPN, Janusz Kurtyka, was a firm supporter of vetting and de-communisation. The narrative changed after Kurtyka's tragic death in Smolensk catastrophe in April 2010 and appointment of Łukasz Kamiński as a new president of IPN. At the same time, during the conference celebrating the 10 years of IPN functioning, many historians criticised IPN's political engagement, lack of methodological diligence, fragmentation of research, and concentration on secret service's files as source of research. Łukasz Kamiński declared de-centralisation of IPN's activities and concentration on research, not on the prosecution. This change could be seen in the magazine "Memory and Justice" ("Pamięć i Sprawiedliwość"), published from 2002. Around 2011 it changed its profile from publishing mainly narrow subjects, and reproducing strict divisions between the opposition and the regime, to engaging in current discussions on the social history of everyday life in socialism, methodology, oral history or gender studies (Klich-Kluczewska 2017).

Kamiński's politics led to situation when in 2015, it could be said that the Institute of National Remembrance was a strong, unique hybrid institution situated on the borderland of science, education, law, and politics. However, recent political changes in Poland greatly influenced the shape of IPN. In 2016 many of young scholars working in IPN's research unit were led off, as well as the whole editorial board of "Memory and Justice". The most recent laws discussed in the Polish Parliament indicate that leading coalition would like to restore IPN's prosecution role and its influence on the current politics of memory.
read more
Intelligence Services of the General Staff of the Bulgarian People's Army

The Intelligence Service of the Bulgarian army (official name: Intelligence Service of the General Staff of the Bulgarian People's Army) as such had existed already before the communists took power. But under their rule, it experienced severe ideologization of its work and became an instrument of Cold War espionage and domestic repression, manifest in the establishment of General Political Directorate of the National Army. In view of the installation of a new head of the arm's intelligence service on September 13, 1944, and because of the heavy influence of Soviet army advisors, 1944 can be seen as the founding year of the Military Intelligence Service as a tool of communist control (despite the fact that, of course, the pre-communist Bulgarian army had an intelligence service as well).

Interior Ministry of the Republic of Croatia

The Interior Ministry of the Republic of Croatia is a department of the Croatian Government charged with protection of lives and public safety, the personal integrity and property of citizens from illegal acts, maintenance of public order, and other tasks in the scope of domestic affairs under its jurisdiction (Interior Ministry. 2016 Annual Report for 2015, p. 2).

From 1991 to 2002, a part of the Ministry was the Service for the Protection of the Constitutional Order (best known by its Croatian acronym SZUP), with basic task of protecting the constitutional order and providing counterintelligence protection in the entire territory of the Republic of Croatia, preventing activities and violent threats and acts against the state, which included terrorism and organized crime, regardless of whether the persons involved were Croatian or foreign citizens. 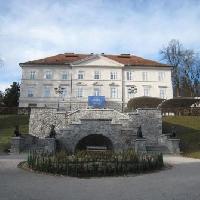 The International Centre of Graphic Arts is a specialized museum and producer of printed and contemporary art, based on the heritage of the Biennial of Graphic Arts and the twentieth-century art of printing. The ICGA was established on 25 December 1986 by the city of Ljubljana.

The ICGA takes care of the extensive collection of prints and artist books produced after the Second World War. Works from the collection are available to view in the Study Room and are accompanied by a publicly accessible library.

The institution’s most recognizable activity is the Biennial of Graphic Arts, which is known as the world’s oldest graphic arts event. 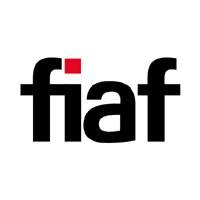