27 organizations and groups found (New collection descriptions are constantly being added)
Items per page:       «« previous page 1 2 3 4 5 6 next page »»
The Institute for Democracy in Eastern Europe

The Institute for Democracy in Eastern Europe (IDEE) was formed in 1985 by the Committee in Support of Solidarity—started in December 1981 to aid Poland’s Solidarity movement after the imposition of martial law—with the aim of helping the growing democracy and human rights movements in Eastern Europe and the Soviet Union. IDEE organized substantial assistance to opposition groups at the forefront of the 1989-91 revolutions that brought about the fall of communism in the region. Since 1989, it has helped democrats in the region to overcome communism’s legacy, build democratic institutions, and oppose new forms of authoritarianism.
read more
Institute for Human Sciences

The Institute for Human Sciences (Institut für die Wissenschaften vom Menschen, IWM) is an independent institution for research in the humanities and social sciences based in Vienna, Austria. It was founded in 1982 by Polish philosopher Krzysztof  Michalski, who was the rector of the institute until his death in February 2013. The idea to found this Institute came to Michalski at the beginning of the 1980s during his stay in the Inter University Centre in Dubrovnik, which at that time served as a place where Eastern and Western scientists could meet. Thus, Michalski decided to relocate the institute to Vienna, where exchanges across East-West borders might be possible. After its establishment, the IWM had a strong formative impact on Western scholars. The institute enabled them to discover Eastern (underground) cultures of investigations and debate. It became a forum for intellectuals from both sides of the Iron Curtain. The IWM, along with others, brought to the Western audience the ideas of Czech phenomenologist Jan Patočka, which were “forbidden” in Czechoslovakia until 1989.

Today the IMW focuses on new and frequently discussed topics, which often contribute to discussions on various political, social, economic and cultural issues. Since its inception, the institute has strived for the frequent international exchange of scientists and for dialogues between scientists from various disciplines, groups and cultures – especially from Eastern and Western Europe – as one of the primary aims of the institute was to reintegrate the ideas and experiences of Eastern Europe into Western debates. This exchange also extended to North American, Southeast European and former Soviet researchers.

The IWM is registered as a non-profit organisation. It receives basic funding from the Austrian Government and the City of Vienna. The instituteʼs projects and activities are supported by international foundations and sponsors. 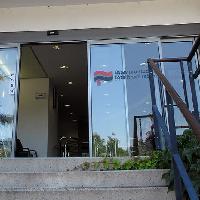 Institute for the Study of Totalitarian Regimes

The Institute for the Study of Totalitarian Regimes was established in 2008. The Institute focuses on the scientific examination of two periods of lack of freedom in the history of the Czech Republic, namely the period of Nazi occupation between 1939 and 1945 and the period of Communist domination between 1948 and 1989. Its main area of interest is the anti-democratic activity of state security forces, but also an analysis of the circumstances under which democratic conditions can become an authoritarian regime. The basic idea of the institute is that with a better understanding of the principles underlying the control of society in the past we will be able to better defend our current and future threats of human rights abuses. The Institute also devotes itself to publishing and popularization and education. It cooperates with many Czech and foreign schools and contributes to the modernization of history teaching. 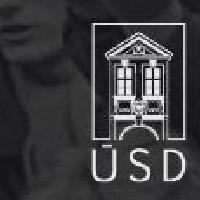 The Institute of Contemporary History (ÚSD) is part of the Academy of Sciences of the Czech Republic. Its mission is to conduct basic research of Czech and Czechoslovak history after 1938 in an international context. The Institute was established at the beginning of 1990 on the initiative of the Civic Forum's Historical Commission. The idea was based on the experience of most Western European countries, where institutes focused on the research of recent history have been active for several decades. The Institute is now divided into three departments, chronologically, covering the period from 1938 to the present (separation of the occupation history and the building of socialism, the division of real socialism and the separation of late socialism and post-socialism). Since 2002 there has been a department for the history of science at the ÚSD since 2009 as the Cabinet of the History of Science. In parallel with this structure, there is a structure of smaller, flexible, sometimes for some time existing work teams and centers. These include the Center for Oral History, the Center for the Study of the Cold War and its Impacts, the Center for Minority History, the working group on the History of the Communist Party, the working group on Czech Society 1938-1948, the working group on Society and the Regime, the working group on the History of Parliamentaryism, the working group on Contemporary Environmental history and the Inclusive History working group.