Founded by edict, the Lectorate of Fine and Applied Arts, empowered with censorial and permitting power, it functioned between 1963 and 1990 as an administrative authority on almost all fields of autonomous and applied arts in Hungary.

One of its primary fields of activity was the process of issuing permits and providing funding for public sculptures, but the listing and judging of the prominent figures of all art exhibitions (up until 1974, later only large-scale national shows) and the jurying of all visual and applied art competitions were also among its responsibilities.

The apparatus took its supervisory role quite seriously. For example, the director himself answered a critique published in a daily newspaper in which the author made witty jibes concerning the (juried) exhibition of Sándor Altorjay in 1971. In his response, the director admitted that he and his colleagues had made a mistake when they had approved the exhibition, and he also accused the painter of having changed some of the works and promised to make the jurying process more strict in the future.

The institute expanded its judging authority to the fields of design and industrial aesthetics in 1976, and as of 1981, it managed the so-called “two million commissions” (in this framework, the state purchased artworks from national exhibitions and later from studios following the advice of experts, assigned officers, and museums).

The activities of the Lectorate underwent a transformation in 1990. Under the direction of Katalin Keszthelyi, the former censorial authority became a professional provider institution. In 2007, it lost its independent budgetary organization status in accordance with a ministerial decree, and its tasks and responsibilities were taken over by a new institution, the Hungarian Cultural Institute and Visual Art Lectorate.

After an open application process for the position, László Kertész became the new director of the institution, which lost its legal and economic independence but maintained its professional autonomy. In 2012, in accordance with a new ministerial decree, the Visual Art Lectorate was merged into the Hungarian Art Nonprofit Ltd. (MANK). During this process, László Kertész resigned, as he “did not see any guarantee of maintaining the quality of professional work within the new framework.”

MANK still fulfils some of the earlier tasks of the Visual Art Lectorate. The documents of the earlier activities of the organization were incorporated into the Archive of the Hungarian National Gallery.
read more 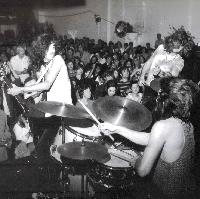 Led Zeppelin was an English rock band formed in London in 1968. The band was active until 1980. Numerous successful concerts were given in the 1970s all over the world. Its music combines elements from differing musical styles (hard rock, blues, folk, etc.).  It is considered as the first heavy metal band. 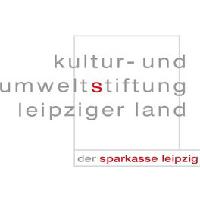 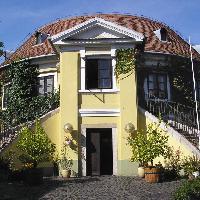 Library of Cultural Innovation Foundation
The library, which is located in the Budapest district of Óbuda, was founded in 1985 by the Information Center for Community Culture (earlier the Information and Methodological Center of Folk Art and Public Education), which emerged from the Studio of Young Folk Artits (this workshop united the young folk-artist movement in the 1970s). In 1989, the institute became a company and was subsequently privatized. Since then, the library has been operated by a foundation. Over the last few years, the collection has become known as Hungary’s "green library." The aim of the library is to provide the foundation and other environmental organizations operating in the same building with a sufficient amount of information. The library’s main profile is literature dealing with the cultural, economic and social aspects of ecology and environmental protection. The complete stock of the library and video collection is almost 17,000 units, with the green section numbering 8,000 units. In total, the number of books and other publications is almost 14,000, while the number of translations and manuscripts is 1,000. The rest are videos and various other types of documents. Furthermore the Library contains around 3,000 units of periodicals.
read more
11 - 15
«« previous page 1 2 3 4 5 6 7 next page »»