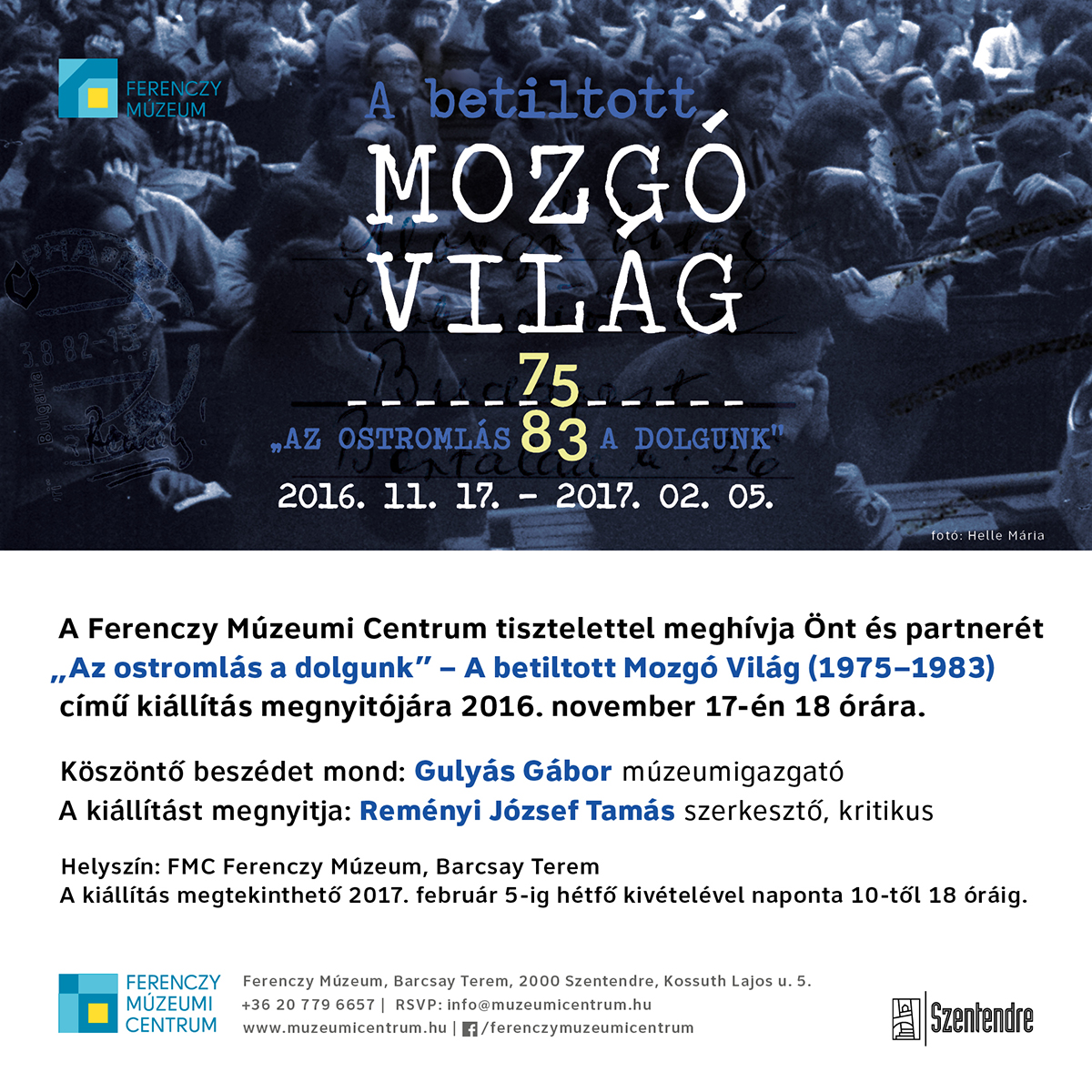 The collection of the banned journal “Mozgó Világ” (World in Move), emerging out of a retrospective exhibition, provides unique insight into the stormy history that started to unfold in the 1970s as the outcome of the decision of young writers, artists, and scholars to regain their right to radically criticize the regime, to organize their own groups, and to engage in some overt conflicts, if needed.