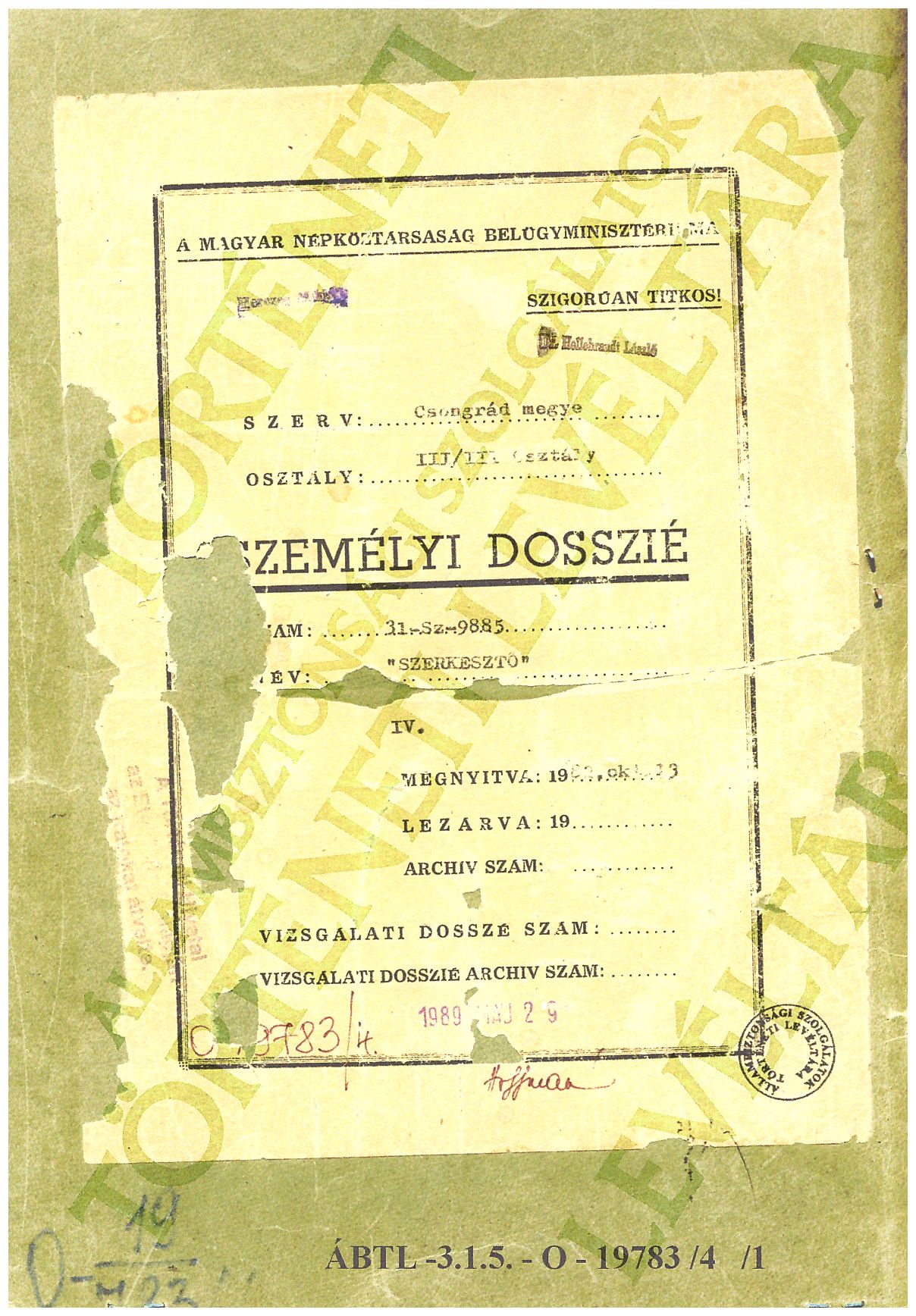 The editors and authors of “World in Move” received their secret police files from the Hungarian State Security Archives (ÁBTL) per their official requests submitted after the change of the political system, and in 2016 they displayed some of them for the exhibition of the Ferenczy Museum in Szentendre.
The late revelation of the one-time secret agent reports shocked the Hungarian intellectual circles. The most scandalous case, provoking a passionate public debate on pages of the literary weekly Élet és Irodalom (Life and Literature) in 1999, was that of the late unmasking of an agent with the pseudonym ‘Hajdú.’ He was in fact Sándor Tar, a reputable prose writer, who had been writing secret reports extensively for years on his best friends and colleagues, among them György Berkovits, an editor of “World in Move” responsible for the sociological publications.