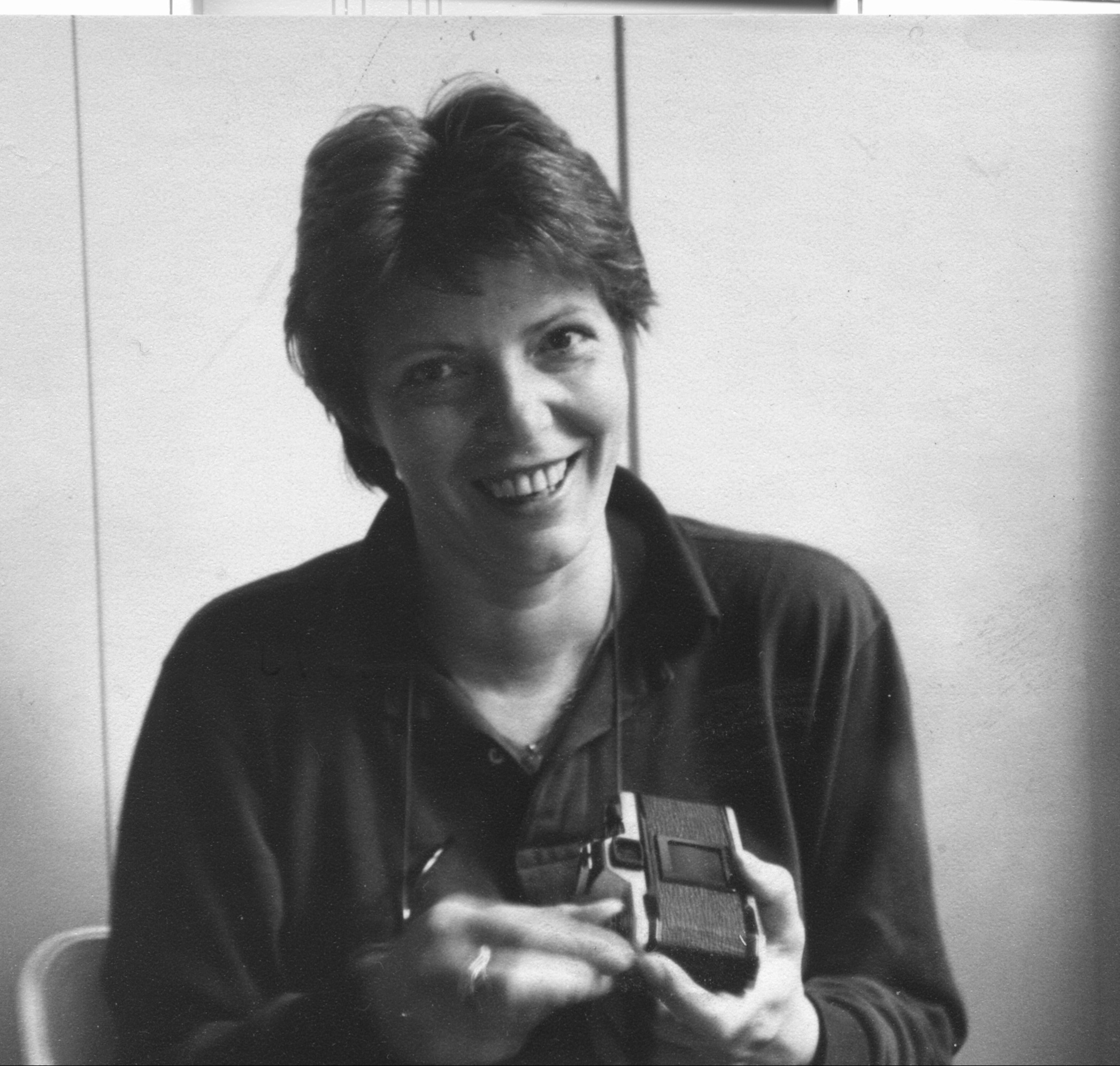 The typographer of “World in Move,” Mária Helle joined the editorial staff in 1977, and worked there until the final, banned issue of December 1983. During these close to seven years, apart from her work as the technical editor of the paper, she performed the voluntary service of making photo-documentation of events in and around the editorial office – meetings with authors and readers, public debates, prize-giving events, etc. – mostly in Budapest, but also in countryside and in some cases abroad (Cluj / Kolozsvár; Bratislava / Pozsony).
She managed to take and preserve in her private collection many hundreds of black-and-white photos, partly in print format from negatives, and partly digitized.
As a valuable contribution, in 2016 Maria Helle offered a selection of her digitized photos for the/ Ferenczy Museum’s exhibition “The Prohibited Journal of ‘World in Move,’ 1975–1983.”