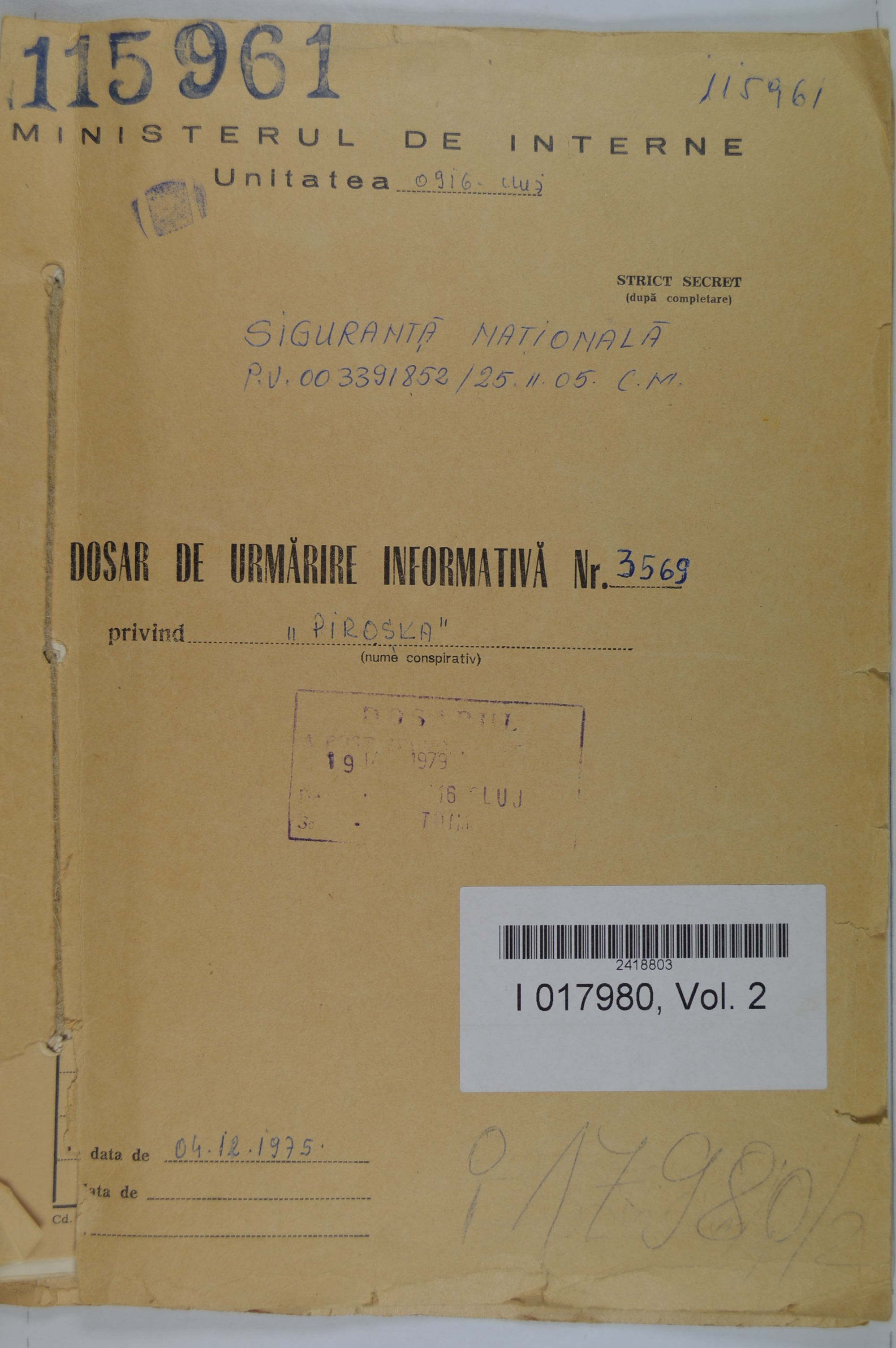 The Éva Cseke-Gyimesi Ad-hoc Collection kept by CNSAS contains, besides Securitate files, pieces of evidence regarding the critical approach to the regime inherent in the targeted person’s professional activity, and her struggle against the violation of human rights and for the institutionalisation of minority rights. The collection represents the model story of the Transylvanian Hungarian intellectual observed in the 1970s and 1980s, which exhausts both the meaning of secret police harassment and that of coping with this type of harassment.