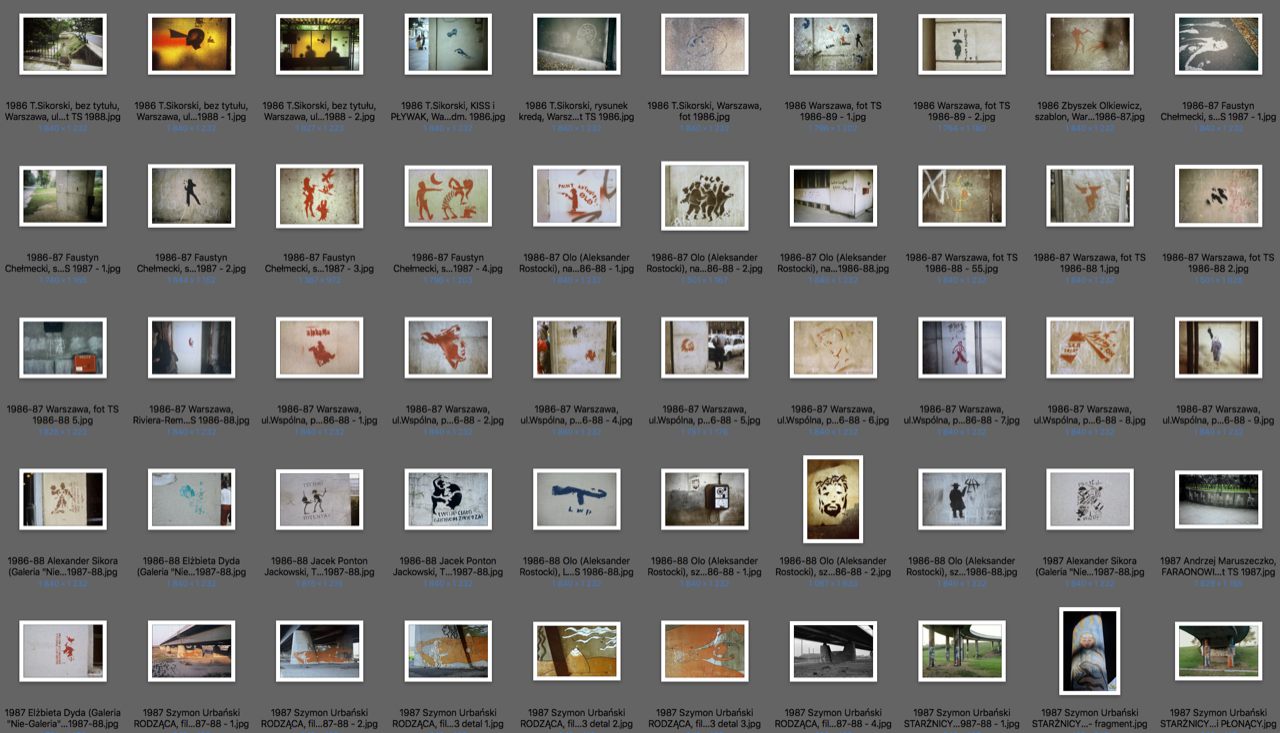 The photo collection on graffiti in Poland has been gathered by Tomasz Sikorski since about 1970. The great part of the approximately 1 500 photos was made in years 1970-1990. Sikorski has been up-to-date documenting the paintings occurring on the walls of Polish cities, both artistic and dominated by the political message, created by professionals as well as people without artistic background. On his photographies, one can see works by, among others, Włodzimierz Fruczek, Faustyn Chełmecki, „Major” Waldemar Fydrych”, Jacek „Ponton” Jankowski, Alexander Sikora, Krzysztof Skarbek and Sikorski himself.