Włodzimierz Fruczek painting on the street in 1974, photograph. 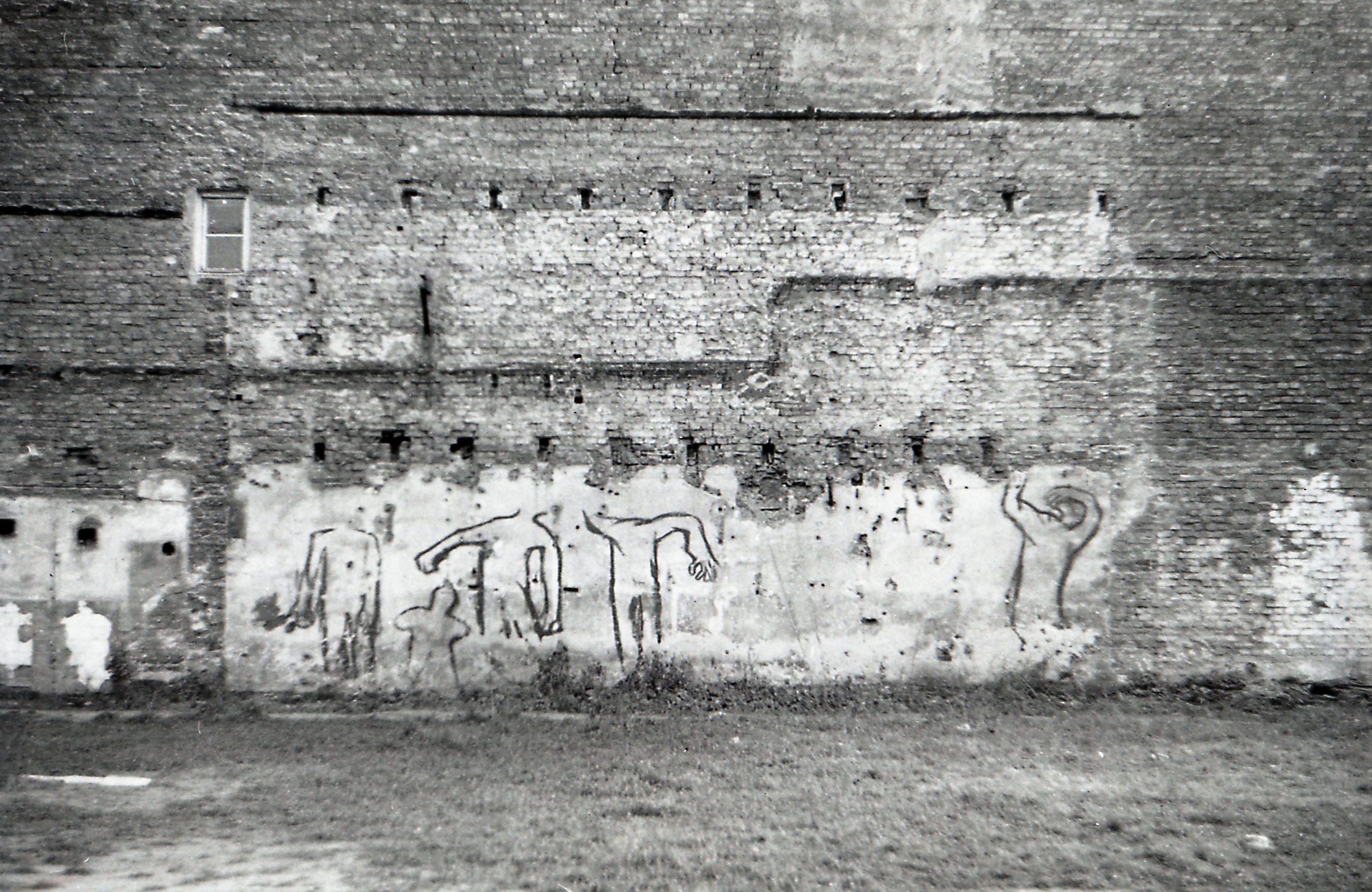 In 1970, when in New York graffiti just was being born, 18 years old Włodzmierz Fruczek made his first works on the walls of Warsaw. Fruczek was a beginning artist working as a decorator in the Fish Central Office. He regularly crossed the district of Warsaw after the war known as the Wild West, located partially on the ghetto area: ruined, filled with debris, rumored to be a dangerous site of criminality and black economy. The landscape of ruins and dead walls must have a strong impact on the young artist who without any project or idea in a few days painted a set of figures on the walls of the buildings of Żelazna, Grzybowska, and Waliców street. The paintings, made with emulsion paint, depicted outlines of human bodies, sometimes only torsos or limbs. Some of the figures stayed calmly, even holding hands but many of them were outstretched in extreme postures. The painting on the photo, made on the wall on Waliców 14, showed the scene of execution and as the only one of the set had a title: Dance of Death. It was a spontaneous, emotional reaction of the artist on the remains of war and Shoah that he was surrounded by.
Tomasz Sikorski took his picture about 1974. In his narrative, the Fruczek’s work is a symbolic beginning of the graffiti in Poland, independent from the American patterns of street art, artistically significant, and closely tied to the local history. For that reason, the photography of the Dance of Death opens the story about the post-war artistic graffiti in Poland.