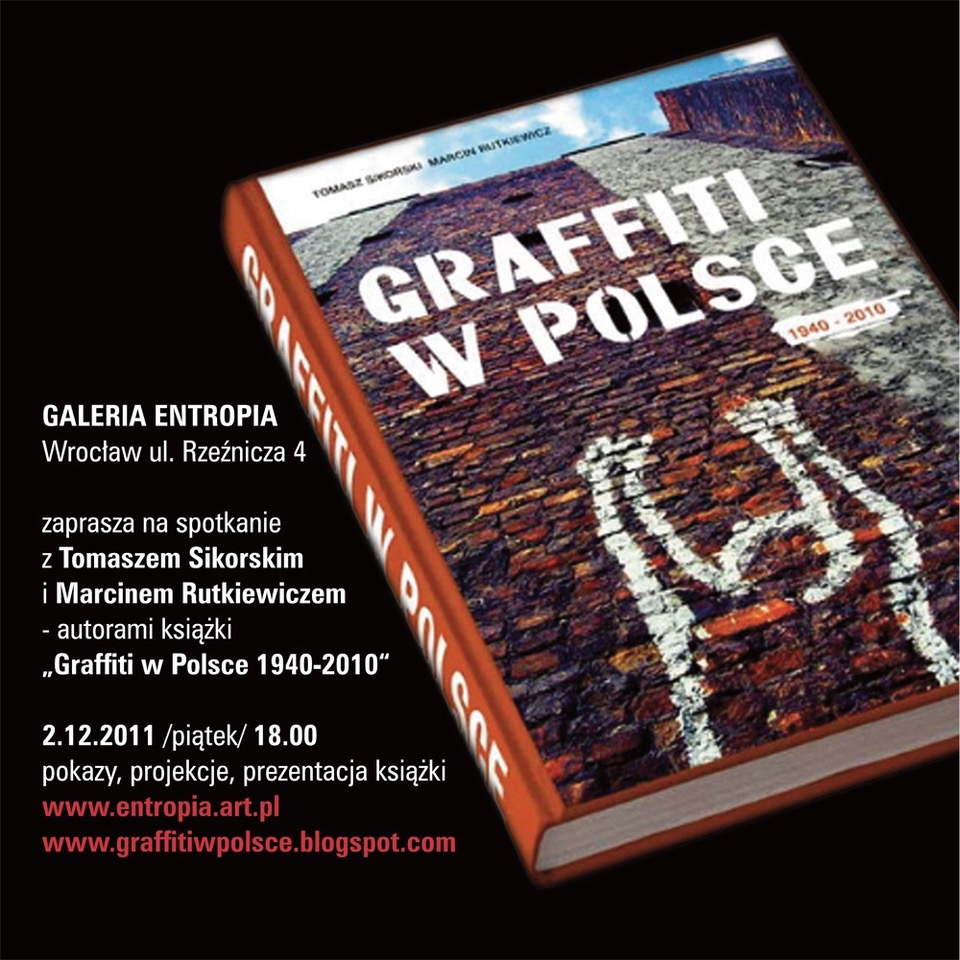 The album Graffiti w Polsce 1940-2010 (Graffiti in Poland 1940-2010), edited by Tomasz Sikorski and Marcin Rutkiewicz and published in 2011, is the widest presentation of the photographies of graffiti from the collection of Tomasz Sikorski. The time frames assumed in the book are justified by the mass action of the resistance through the graphic forms on the streets of Polish cities under the Nazi occupation during the WW2 that could be seen as a breakthrough in the occurrence of the graphic signs in public spaces. The book’s narrative goes on to the 2010 – to the date of the book’s release – enclosing the whole history of the Polish People’s Republic and the first two decades of the democratic Republic of Poland.
The main content of the album is divided into parts about the graffiti before and after the 1989 transition. The first part was elaborated by Sikorski, while the second was written by Rutkiewicz. Besides the division based on chronology, the authors applied the thematic distinction on the ‘fighting’ graffiti (openly engaged in political and ideological matters) and ‘artistic’ graffiti. Further chapters were written by Agata Szwedowicz about the graphic diversion under the Nazi occupation, Bartosz Stępień about advertising and propaganda murals under the communism, and Igor Dzierżanowski about the graffiti on the threshold of the 1980s and 1990s. In the publication, there are also a lot of commentaries and recollections made by the graffiti artists.