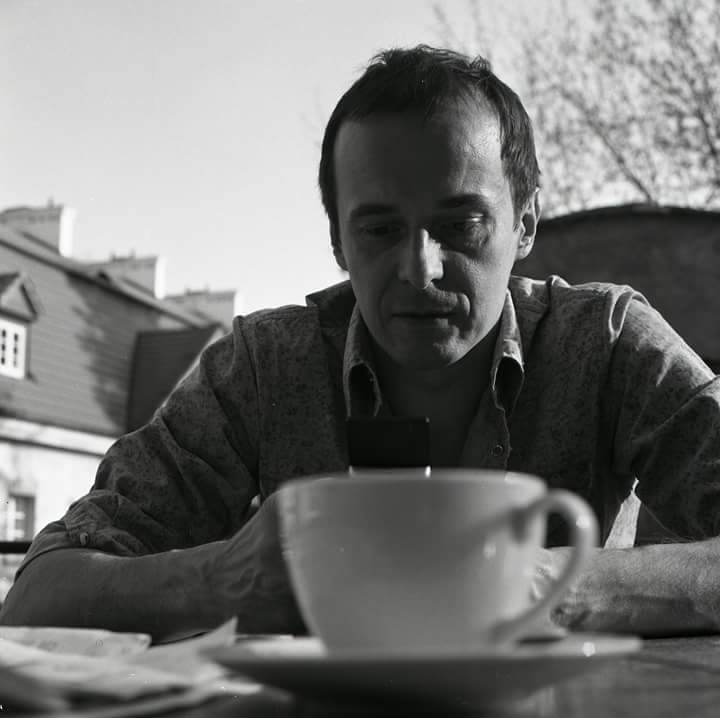 Robert Jarosz is a culture scholar, a curator, and the head of the Artists’ Archives at the Museum of Modern Art in Warsaw.

He studied theatrology at the Jagiellonian University in Cracow. In the early 1980s, after a short stint with hippie communities, he developed interest in punk and New Wave music.

In 1991 he left Poland and moved to Stockholm and Hamburg. Upon his return, in mid-1990s, he noted that albums of punk bands that he used to listen to in his early youth were not available in stores and realised that he only had their amateur cassette recordings.

As Jarosz puts it: “It turned out that these alums have never been released. It was a time when people were getting rid of their cassettes, open-reel tapes, and papers. Certain awareness awoke in me; that some things needed to be saved from destruction”.

Thus the “Trasa W-Z Archive” archive was created, dedicated to Polish pop culture from the 1956-1989 period. It currently comprises ca. 700 hours of music, including numerous unique recordings, also from the legendary festival in Jarocin. Jarosz is the creator and the curator of the archive and the publisher of several music albums based on archive’s materials. It was only after having been developing the collection for several years that he gave it a name, formulated the rules of handling the materials, and defined its future use. “Trasa W-Z Archive” contains the entire collection of Walter Chełstowski, the initiator and the organiser of the Jarocin festival, which in the 1980s was the key annual event for Polish punk, as well as rock music in general.

Jarosz co-designed the concept of the permanent multimedia exhibition in the Polish Rock Granary in Jarocin, i.e. a museum dedicated to the history of Jarocin festival and Polish rock.

In 2002 in collaboration with Kacper Sawicki Jarosz wrote the script and directed Buntownicy i kontestatorzy (Rebels and dissenters). He is an author of publications and exhibitions dedicated to Polish music and art of the 1980s, i.a. the 2010 book titled Generacja (Generation).

He works at the Museum of Modern Art since 2014.