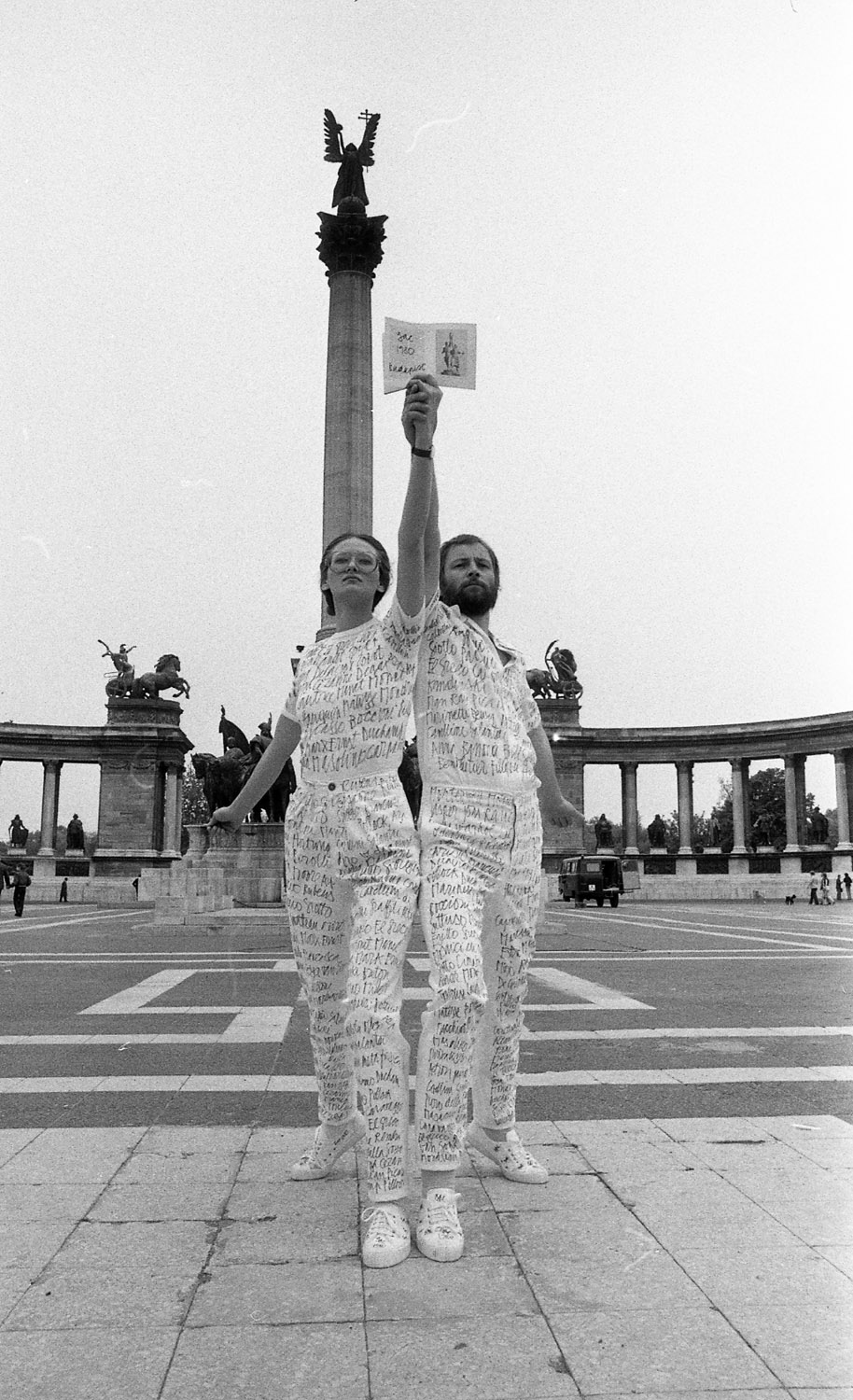 In this three-hour-long action (based on an idea of György Galántai’s), György Galántai and Júlia Klaniczay posed as Vera Mukhina’s iconic “Worker and Kolkhoz Woman” statue, but the hammer and sickle of the original composition were replaced by an open book on which a reproduction of the original statue could be seen. Meanwhile, Italian artist Cavellini was writing the great names of art history on their clothes. The chosen space of the action represented the venue for the celebration of contemporary political power throughout the ages. In the action, which was documented in detail by György Hegedüs, who took photographs of the event, Cavellini is symbolic of the Italian artists who brought European Culture to Hungary. The living statue created as part of the action became an actor in other events in later years (1980–1984).