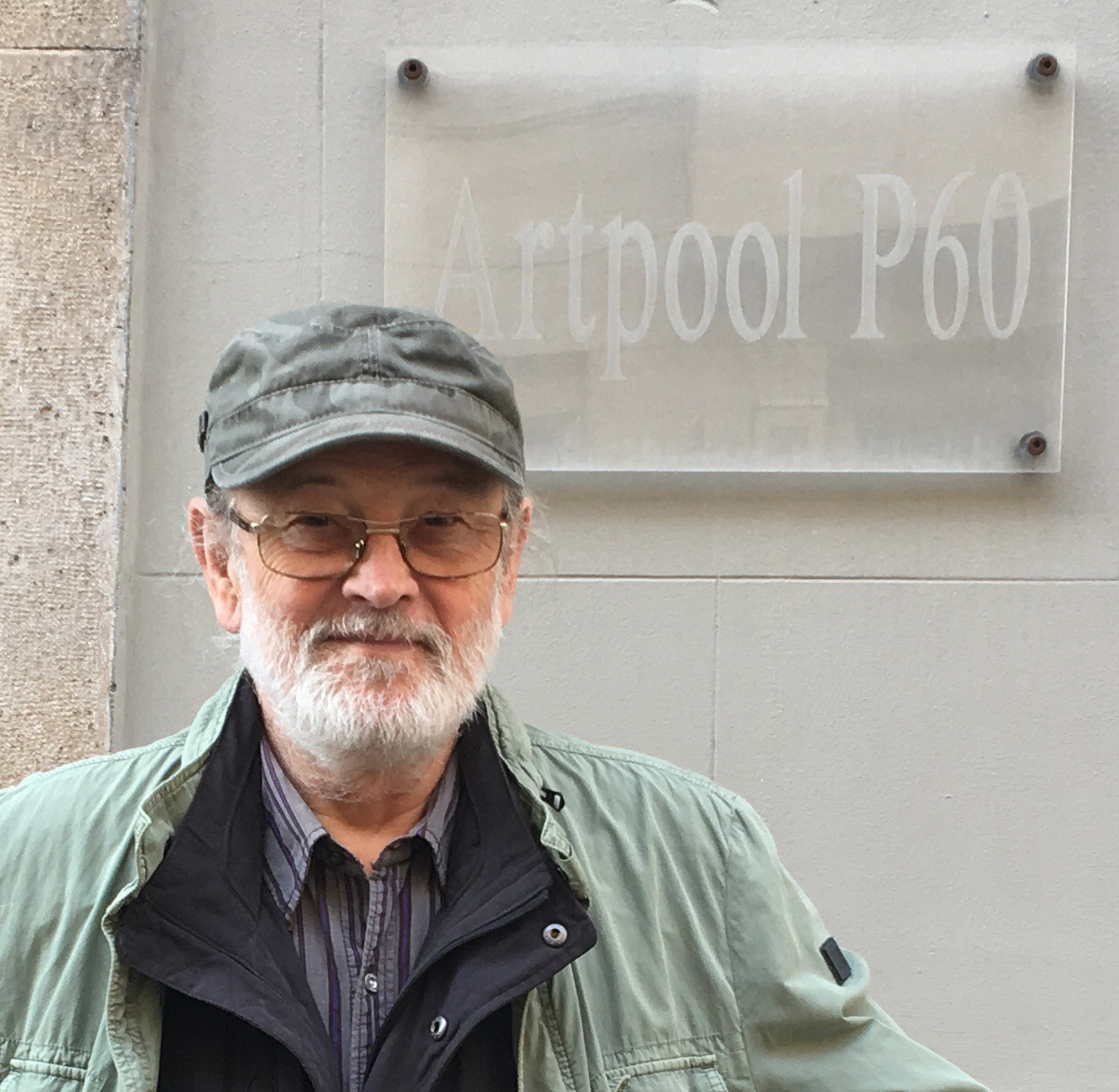 Galántai, György is an artist, researcher, cofounder of Artpool, art director of the Artpool Art Research Center and curator of Artpool’s website. From 1963 to 1967, he studied painting at the College of Fine Arts in Budapest. From 1970 to 1973, he was the initiator and organizer of semi-legal exhibitions, actions, and happenings in an unused chapel in Balatonboglár, which he had rented from the Catholic Church; his Chapel Studio was finally closed down by the police. Subsequently, Galántai’s artistic activities were restricted and tightly monitored.

In 1970, Galántai abandoned painting and began to experiment, primarily with graphic art, visual poetry, sound poetry, and performance and mail art. In 1975, he created his first metal sculptures. He has also made prints, paintings, kinetic and sound sculptures, actions, and performances. He is the author of several multimedia installations and communication projects.

His view of art bears close affinities with the spirit of Fluxus, defining the task of art as inventing conceptual objects, creative situations, and spiritual spaces. In spite of this, the idea behind the Artpool project is to create an active archive: the way in which it operates also generates the material to be archived. As an artist, Galántai was already involved in the mail art network when Artpool was founded, so the network offered a natural framework for this kind of operation and provided sources for growth. Artpool issued calls, organized events, released publications, and extensively documented the events of the local neo-avant-garde scene. The active archive concept can be seen as an open artwork in itself or an activist kind of art practice.

During the socialist era in Hungary, Galántai organized underground exhibitions, so he was considered a “dangerous element” by the authorities because he allegedly spread western propaganda. He was monitored by the III/III department of the State Security Services, who opened a dossier called “Festő” [Painter], which focused solely on his activity. In 1998, he made public the content of the dossier on the internet: http://www.galantai.hu/festo/default.html.

Galántai, György received a fellowship from the DAAD in 1988/89 and was guest artist at Arizona State University in 1990.