7 organizations and groups found (New collection descriptions are constantly being added)
Items per page:       «« previous page 1 2
Dominican Book Institute
The Dominican Book Institute is engaged in the digitization of religious books, and focuses and refreshes data on libraries from the period of socialism as well. The archive contains more than 600,000 books written in Slovak, Czech, Latin and other languages. Physically or electronically 80 175 is available.
read more 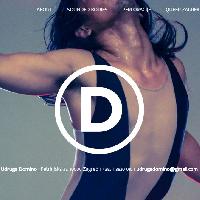 Association Domino, better known as Queer Zagreb (the name of the art festival Domino annually organizes since 2003), is a non-governmental and non-profit organization in the field of independent artistic and cultural production. Domino is primarily focused on promoting queer artistic practices, such as avant-garde theatre and dance performances that thematize non-normative expressions of sexuality. The organization was founded in 2003 by Zvonimir Dobrović and Gordan Bosanac, and the first Queer Zagreb Festival took place that very same year.

Domino also promoted projects aimed at building and disseminating the Croatian gay and lesbian community's historical memory, primarily under Communist rule. As a result of these projects, the History of Homosexuality in Croatia Collection gradually emerged. In 2007, taking as a reference point similar initiatives elsewhere, interviews with twenty-five gay men and lesbians about their memories of life under socialism were conducted. Based on these interviews, the book Oral History of Homosexuality in Croatia (Dobrović and Bosanac 2007) was published in 2007, followed in 2016 by the English translation of this publication (Dobrović and Bosanac 2016). The interviews, in audio recorded format on CDs as well as their transcripts also in digital form, are now part of the Collection. Several interviewees claimed that the Criminal Code provision against same-sex sexual contacts was enforced, and even cruelly so, particularly in the first years of communist rule. This prompted Domino to search for court sentences against homosexuals in socialist Croatia in judicial records kept in public archives in Zagreb. In 2009 and 2010, a total of approximately 30 verdicts for homosexual behaviour pronounced by Croatian tribunals from 1945 to 1977 (most, however, date to the mid-1950s) were found. The verdicts and other documents have been photocopied and are now preserved in the History of Homosexuality in Croatia Collection, where they are available to researchers.