The Youth Subcultures Ad-hoc Collection at CNSAS comprises documents created or collected by the Romanian secret police, the Securitate, about the emergence and development of Western-inspired subcultures among the members of the younger generation in Romania, subcultures which the communist regime considered harmful for their education and whose influence it thus tried to counteract. This collection illustrates that young people even in an isolated country like Romania in the 1970s and the 1980s still became exposed via Western broadcasting agencies to Western cultural goods, especially to music, which made them adopt alternative life styles and wear provocative outfits in order to build distinctive collective identities. Out of the many young people who attracted the unwanted attention of the Securitate two cases stand out and are featured in this ad-hoc collection: Clubul Regilor Liberi (The Club of the Free Kings) in Brăila and Organizația Tinerilor Liberi (The Organisation of Free Young People) in Bistrița. 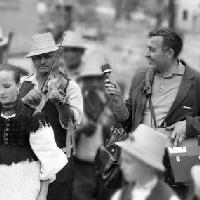