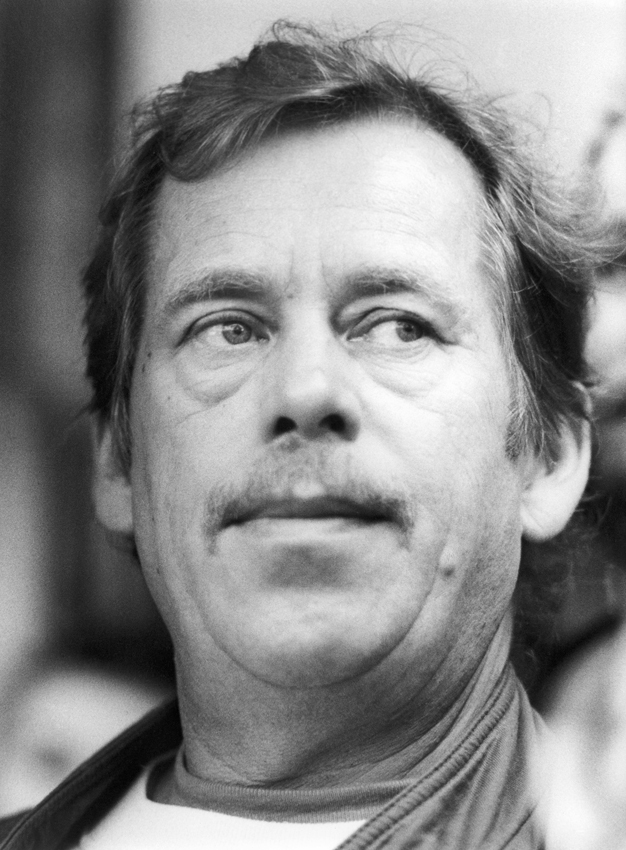 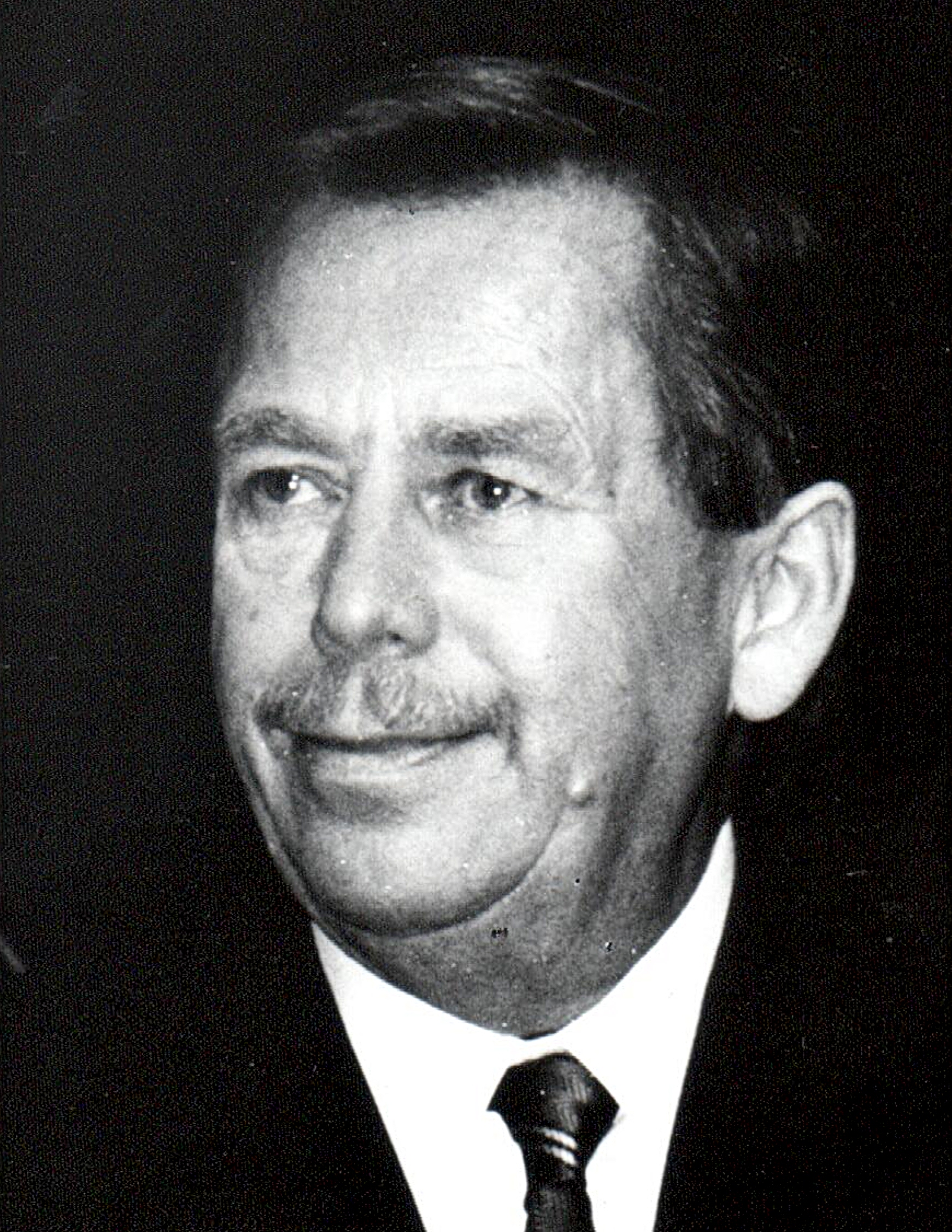 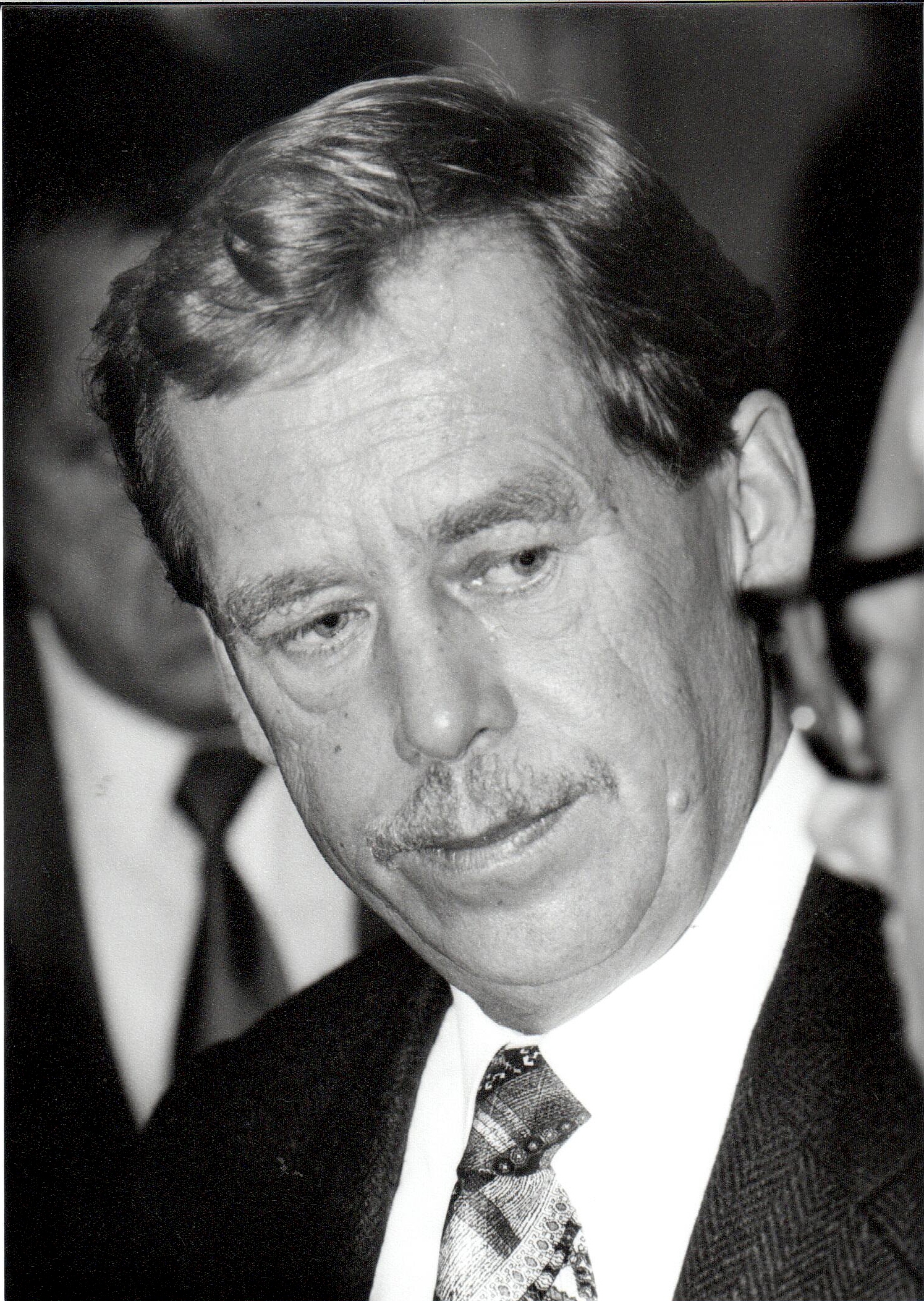 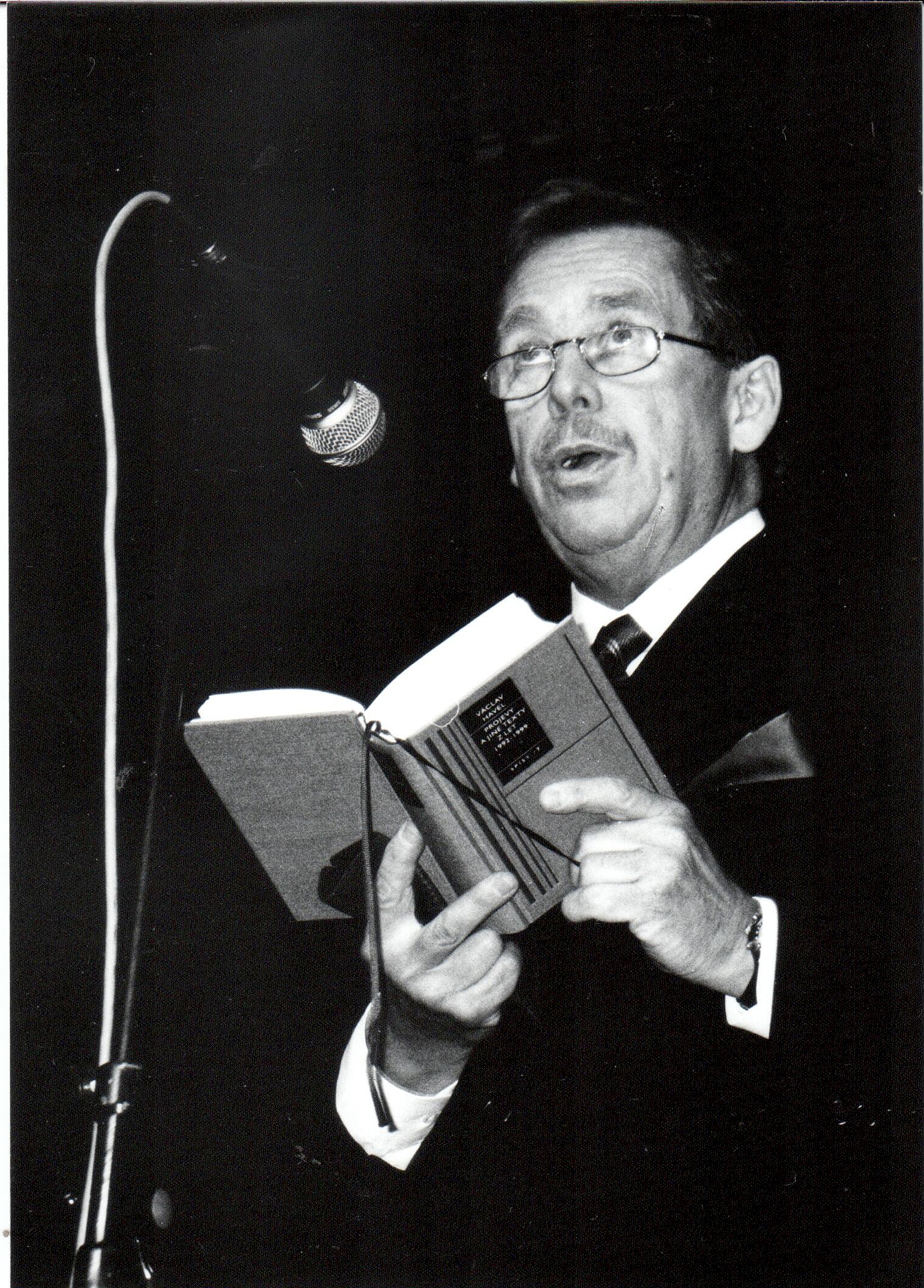 Václav Havel (1936–2011) was a Czech writer, dramatist, philosopher, dissident, politician, and important figure of the Czechoslovak alternative and counter-culture before 1989. Because of his bourgeois background, Havel’s access to higher education was limited. Already in the 1950s, Havel became acquainted with the milieu of the “second” culture and samizdat as he met “forbidden” authors associated with the poet and artist Jiří Kolář. Thus, as Havel stated later, already at that time he had “spontaneously and naturally entered among those who were active on the border of allowed, even more often beyond its frontier.” In 1955, Havel made literary debut in the magazine Květen, and until the end of the 1960s, his texts appeared in many Czech magazines. In 1959, he finished his first drama, the one-act play Rodinný večer (An Evening with the Family). In the same year, he was accepted as a stagehand at the Divadlo ABC (ABC Theatre) in Prague. In the following year, he took up work at the Divadlo na zábradlí (Theatre on the Balustrade) in Prague, first as a stagehand and later as an assistant director and literary manager. In December 1963, Divadlo na zábradlí performed Havel’s first full-length play Zahradní slavnost (The Garden Party). Another one of Havel’s play, Vyrozumění (The Memorandum), was performed by this theatre in 1965. Apart from theatre plays, Havel also wrote experimental poetry in the 1960s. At that time, he studied dramatic art theory at the Academy of Performing Arts in Prague, from where he graduated in 1966. Already in the middle of the 1960s, the Czechoslovak State Security started to take an interest in Václav Havel. In their reports, Václav Havel was labeled as someone around whom were a wide group of young artists who disagreed with the cultural policy of the Czechoslovak Communist Party (CzCP) and demanded “absolute creative freedom” was united. Havel criticised the cultural policy of the CzCP, for example at the Fourth Congress of the Czechoslovak Union of Writers in 1967, which led to his expulsion from the Central Committee of the Union.

Václav Havel played an active role in democratization and renewal of culture during the era of reforms, known as the Prague Spring. In March 1968, he, along with 150 other writers and artists signed an open letter to the Central Committee of the CzCP on the democratization process. In June of the same year, he became the chairman of the Circle of Independent Writers. At that time, Divadlo na zábradlí presented another one of Havel’s plays, Ztížená možnost soustředění (The Increased Difficulty of Concentration).

The Prague Spring ended with the Warsaw Pact invasion in August 1968. Václav Havel actively opposed the invasion and the resulting hardline Communist policies. As a result, his work was banned in Czechoslovakia. He moved from Prague to the countryside, where he continued his activities against the Communist regime, including hosting concerts of banned music. In 1975 he created the samizdat edition Expedice (Expedition) which issued a total of 232 volumes of “banned literature” including Czech prose and poetry, plays, philosophical texts and translations of important foreign works. Havel reflected on restrictions of cultural freedom in Czechoslovakia in his famous open letter addressed to the first secretary of the Central Committee of the CzCP and later President of the Republic, Gustáv Husák, in 1975. In this letter, Havel wrote about “cultural police,” banned books, abolished magazines and “plundered” exhibition halls. In November of the same year, Havel’s play Žebrácká opera (The Beggar’s Opera) was performed by an amateur theatre group. Although Havel was not officially mentioned as the author of the play, the group was later persecuted.

In 1976, Havel supported persecuted artists connected with the band The Plastic People of the Universe. Later, he co-founded Charter 77 and was one of its first spokespersons. Charter 77 was a civic initiative which, among other things, actively embraced alternative culture in Czechoslovakia. Thus, in 1983, it issued a report about the banned and restricted Czechoslovak rock music. In 1978 Havel co-founded The Committee for the Defense of the Unjustly Prosecuted (VONS) and became its spokesman. During the 1970s and 1980s, he continued to write plays. At that time, Audience (1975), Largo desolato (1984), Pokušení (Temptation, 1985) and many other plays were created. Havel was also known for his essays, especially Moc bezmocných (The Power of the Powerless) from 1978. Between 1977 and 1989 he was imprisoned several times for his beliefs, his longest prison term lasting from 1979 to 1983. This period is reflected in Havel’s letters to his wife, later published as Dopisy Olze (Letters to Olga).

Václav Havel was an important figure of the Czechoslovak alternative cultural milieu not only because of his plays, but also because of his support for other artists. Through recommendations and intercessions, he helped “unofficial” writers, visual artists, musicians or photographers, and in the second half of the 1980s, also creators from the audio-visual sphere. He supported, among others, the exile revue Paternoster and the samizdat magazine Revolver Revue, and initiated the foundation of an underground publicistic programme the Original Videojournal. He had subscriptions to magazines that were distributed in Czechoslovakia via diplomatic post from the Czechoslovak Documentation Centre in Scheinfeld, West Germany. Havel also often listened to “unofficial” music production, as the majority of his tapes were recorded “in flats, semi-secret concerts, exile, and cellars.” Thus, as noted by Czech historian Jiří Suk, alternative culture meant to Havel “his natural cultural milieu, where he felt well and free.”

In November 1989, Václav Havel co-founded the Civic Forum, and in December of the same year, he was elected the last president of Czechoslovakia (1989–1992). When Czechoslovakia split, he became the first president of the Czech Republic (1993–2003). After his presidency, he devoted his time again to theatre and literature, and he supported prosecuted and imprisoned human rights defenders around the world. In 2008, the Prague theatre Archa performed his play Odcházení (Leaving). Based on this play, Václav Havel made a film by the same name in 2011. Václav Havel died in December 2011. His state funeral was attended by many Czech and foreign politicians, artists, and other eminent figures.

Although Václav Havel was an important part of the Czechoslovak cultural opposition before 1989, he did not consider alternative culture as automatically qualitatively better than official culture. Sometimes, good texts could be published officially, and analogically, texts of poor-quality could be found in some samizdat volumes. Thus, the difference between official and alternative culture did not lie, according to Havel, in the fact that one of them was better than the other. It lied in its distinct and incommensurable values, styles, ideas, missions or meanings: “Parallel culture is not a guarantee of anything, it is neither a value nor a counter-value, it is not a style or some culturing principle, it is nothing but a fact.” Therefore, in Havel’s interpretation, the parallel culture was primarily not a field of artistic phenomena, but a social reality that could emerge only in a society controlled by a dictatorship which suppressed freedom of speech and required “total claim to the spirit of individuals and the society.” As pointed out by Jiří Suk, the official and alternative cultures were put in opposition not by Václav Havel, but by the dictatorship. According to Havel, restrictions of cultural freedom had far-reaching consequences, as so-called high culture – literature, theatre or visual arts – was part of the “self-awareness of the society.” Hence, interventions into the cultural and intellectual sphere influenced many more people than only those against whom they were originally directed.