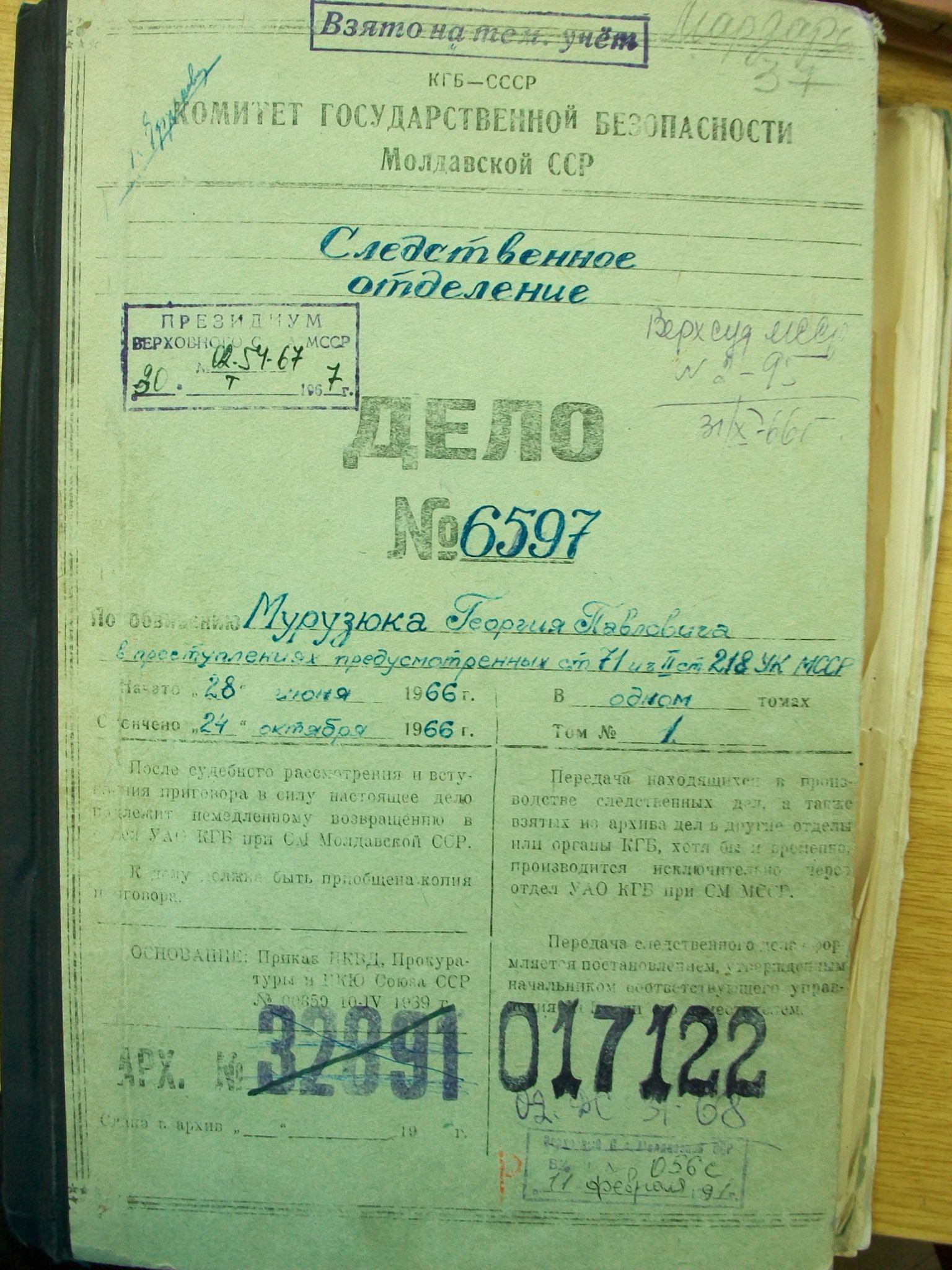 This collection focuses on the case of Gheorghe Muruziuc, a person of working-class background who expressed his opposition to the Soviet regime by raising the Romanian flag on the factory where he worked, in June 1966. This was the first instance when the Romanian flag was displayed in the Moldavian Soviet Socialist Republic (MSSR) after June 1940.