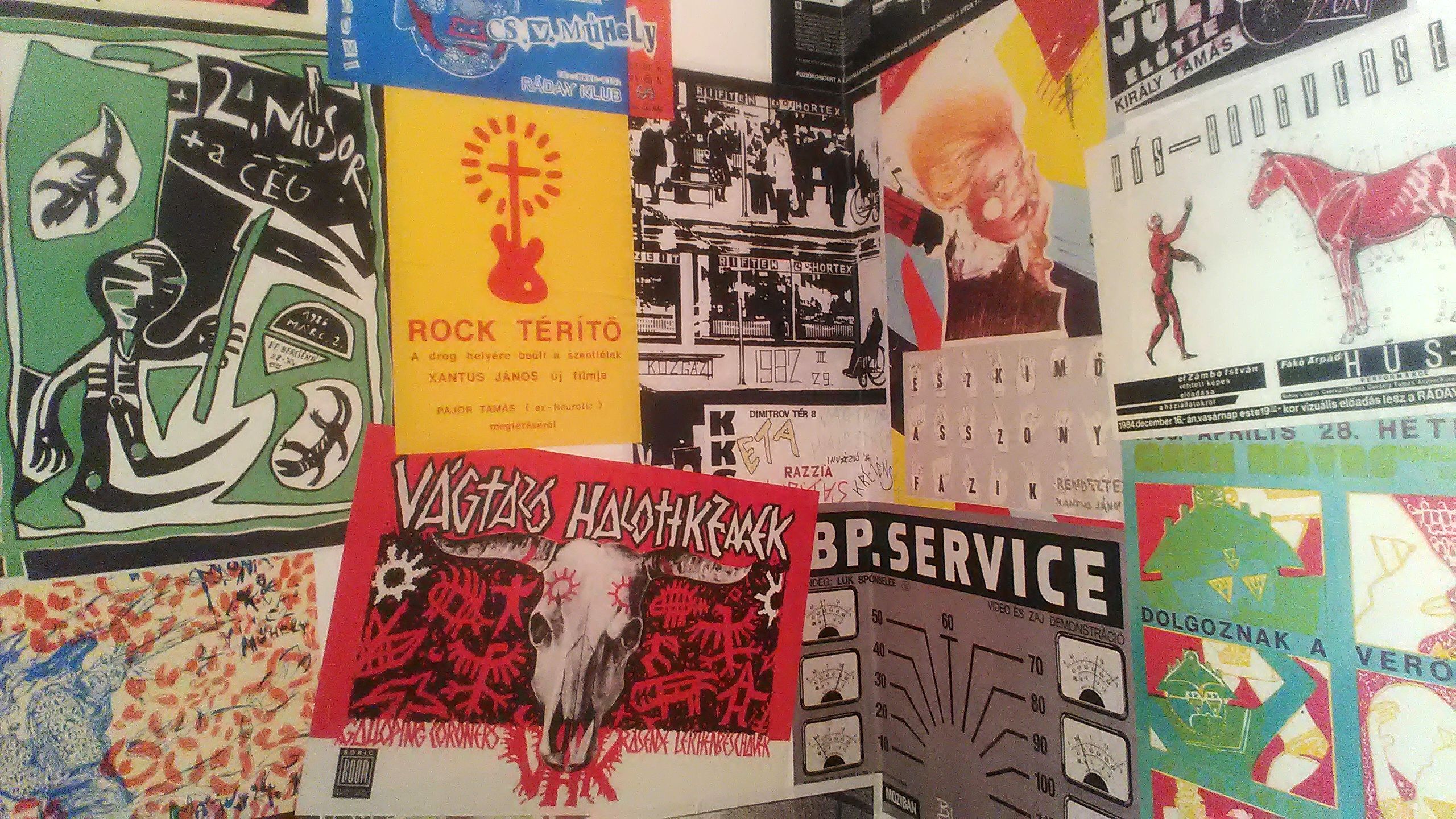 Tamás Szőnyei worked as a music journalist in Budapest in the 1980s, and his poster collection documenting the underground music scene, especially new wave and punk, is one of the largest in Hungary. Posters were designed in a large part by the contemporary artists playing in the bands. This is a private collection that was digitized by Artpool Art Research Center, and the originals are regularly borrowed for thematic exhibitions in Hungary and elsewhere.