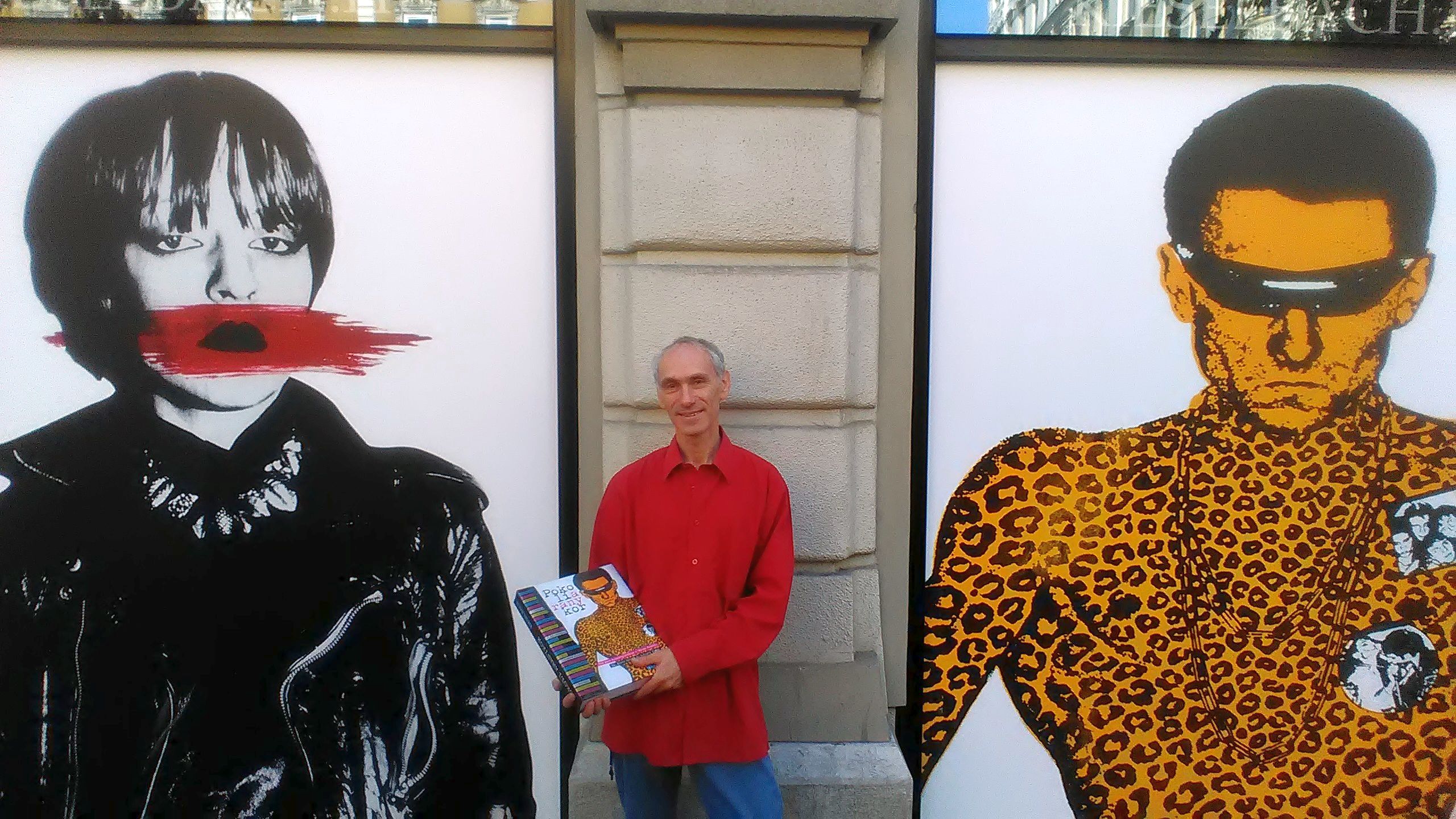 Tamás Szőnyei studied at the College of Foreign Trade, but he quickly realized that he would never become a businessman or trader. Instead, he was passionate about popular music and wanted to become a journalist. After earning his degree, he volunteered for a traineeship at a factory periodical, and attended the one-year school of the National Association of Hungarian Journalists (MÚOSZ). His career as a music journalist started in the early 1980s with a letter that he wrote to the weekly of the Communist Youth Organization (KISZ), Magyar Ifjúság (Hungarian Youth), in which he protested the unfair treatment of the band Beatrice (which was not allowed to release an album), and generally the suppression of the new wave. As Szőnyei recalled in an interview for COURAGE, he was worried that the letter would not receive publicity, therefore he added that the non-publication of his letter would show that they intentionally hinder open discussion. The year 1980 marked a change in the policy of KISZ towards the alternative cultural scenes, and they were eager to show how open minded they were: Magyar Ifjúság indeed published the letter. It did not go unnoticed. The editorial office and Szőnyei himself were flooded by responses, hostile and friendly alike. This is how he got in touch at the first time with some of the protagonists of the underground scene, like the writer János Kőbányai.

At the Magyar Ifjúság, Szőnyei found a patron in the editor of the music section, György Mola, who published articles by Szőnyei on the underground scene, starting with the much-cited piece in October 1981. Szőnyei was one of the first who wrote regularly and in a positive tone about the emerging new wave. None of his articles were ever rejected, but Mola had to really fight for their publication at times. Szőnyei was not alone in his efforts. There were other journalists playing a pathbreaking role, including János Sebők and György Czippán. They contributed with articles criticizing the control over the music industry and covering subcultural phenomena for Ifjúsági Magazin (Youth Magazine). Ifjúsági Magazin was also published by KISZ, but it was a monthly, so it could not react so quickly to actual events like Magyar Ifjúság did. Still, Ifjúsági Magazin wrote favorably about the Black Sheep Festival in 1980. The festival attended by tens of thousands of youth was a significant event in the history of the new wave in Hungary, with the band Bizottság playing as a supporting act for Beatrice.

Szőnyei published in many papers and magazines in the 1980s and afterward. He was employed at the Party daily, Népszabadság (Freedom of the People), for a year, and in 1987 he held a position at Magyar Ifjúság that existed until 1989. At the same time, however, he was involved with periodicals linked to the second public sphere.

Szőnyei also contributed to the samizdat magazine Artpool Letter and the short-lived Poptika and Polifon magazines that existed on the margins of legality. Artpool Letter was published by the artist and archivist couple Júlia Klaniczay and György Galántai (founders of Artpool Art Research Center), who at first were in contact with Tamás Szőnyei’s brother, the painter and graphic artist György Szőnyei. The first articles by Tamás in Artpool Letter were facilitated by his brother and published in 1983 and 1984, and ever since the editors nurtured a good relationship with Tamás Szőnyei. An example of their ongoing collaboration is the poster collection of Szőnyei that was recently digitized by the Artpool Art Research Center. Klaniczay and Galántai were under surveillance by the political police, but when Tamás started to publish in the Artpool Letter, he luckily avoided becoming a target himself. He appears in a couple of secret police reports, but only as a peripheral figure. Tamás Szőnyei works today at the Historical Archives of the Hungarian State Security Services (ÁBTL). He is the author of widely read and referenced historical journalism on the activities of the political police in the cultural realm from the 1950s to the 1980s.