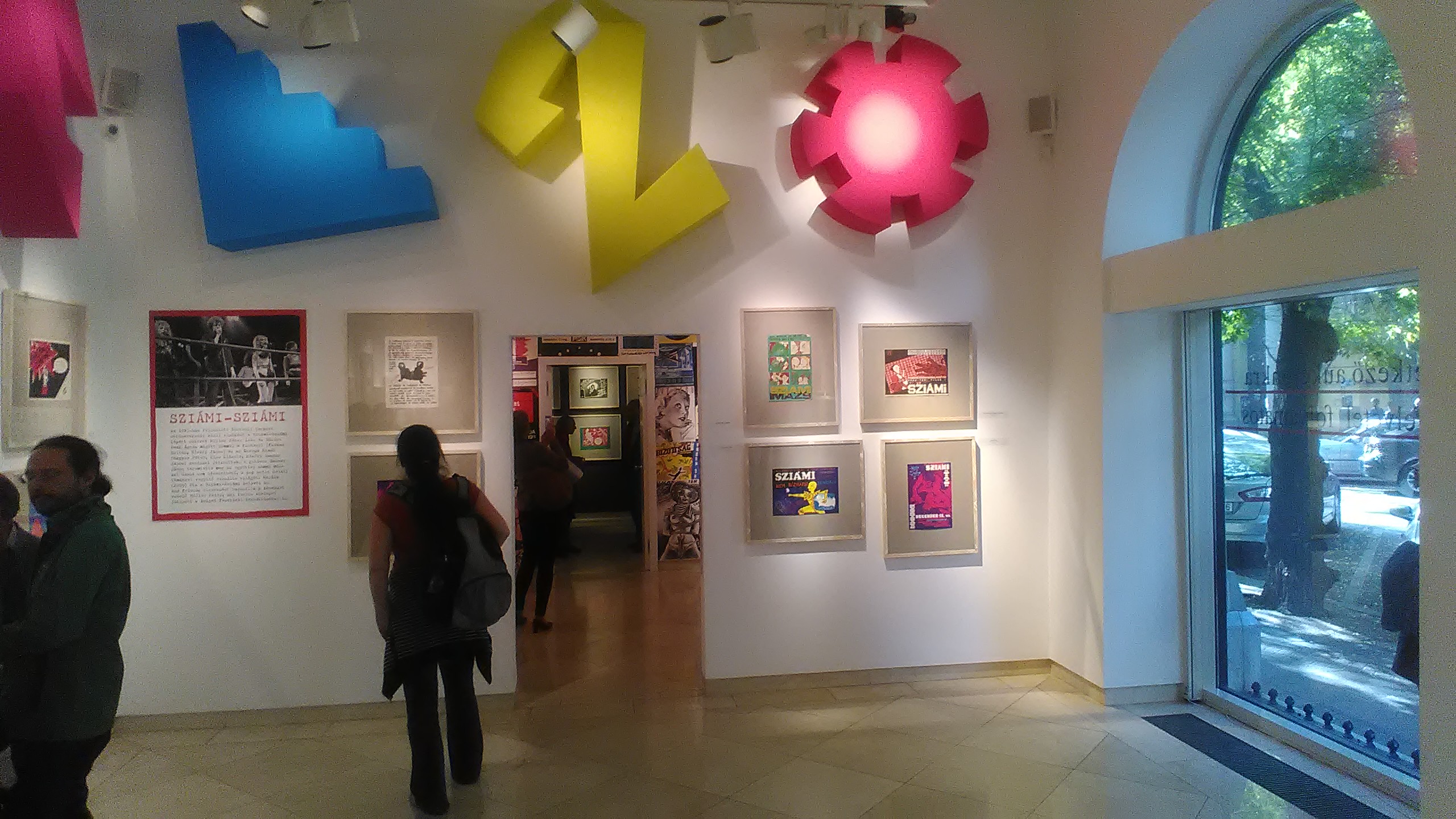 The exhibition “Infernal Golden Age” borrowed its title from the song “Pokoli Aranykor” by the new wave band URH, founded in 1980. The song was performed at the vernissage that became a significant event in Budapest nightlife: many members of the former underground mingled here with today's artists and youth that include contemporary punks. The colorful interior design units on the walls were inspired by figures appearing on the posters themselves. The exhibition was documented in a catalogue edited by art historian Gábor Rieder.