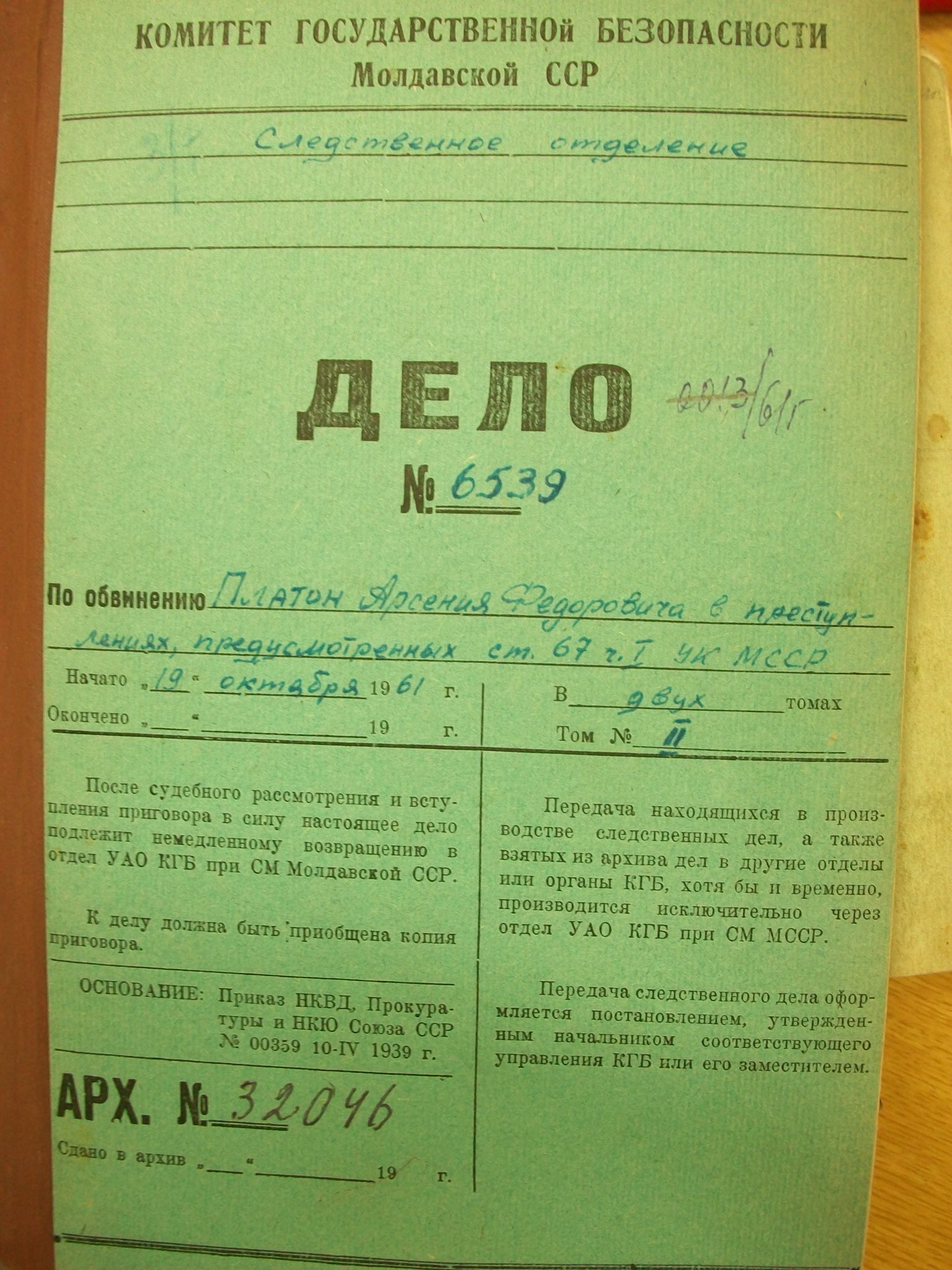 This ad-hoc collection mainly consists of documents separated from the fonds of judicial files concerning persons subject to political repression during the communist regime which is currently stored in the Archive of the Intelligence and Security Service of the Republic of Moldova (formerly the KGB Archive). It focuses on the case of Arsenie Platon, a person of peasant background and an aspiring poet, who was tried and convicted in 1961 for displaying nationalist views and for conducting “anti-Soviet agitation and propaganda” among his friends and acquaintances. Platon’s “anti-Soviet” opinions were mostly expressed in a series of poems and short proclamations in which he criticised ethnic discrimination against the Moldavians and called for the overthrow of Soviet power. This case is emblematic for less widely known forms of grassroots cultural opposition, falling under the same broad category as the cases of Gheorghe Muruziuc and Zaharia Doncev. Platon’s file includes no further information about his fate after the end of his prison term.