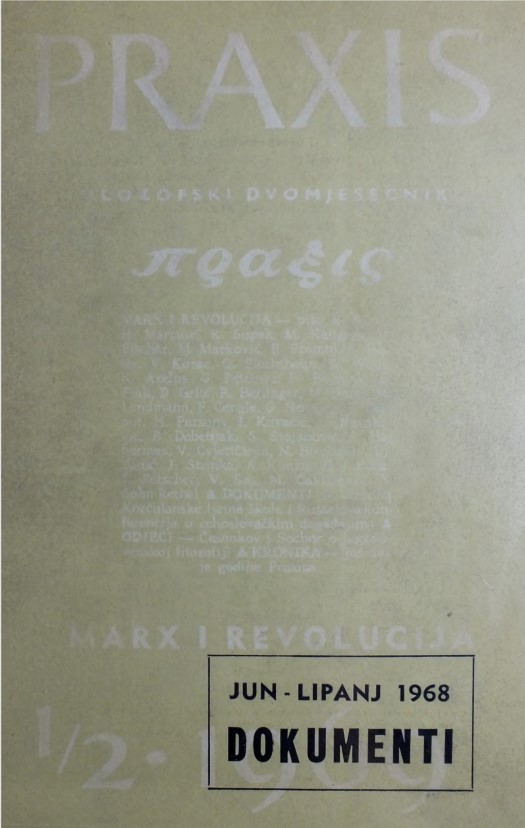 One of the historically most interesting materials related to the journal Praxis consists of the documents about student events in Yugoslavia in June 1968. The proceedings contain original documentation that closely cover events associated with the student movement in many Yugoslav cities. Along with the editorial notes, anti-Vietnam protests were documented, different views of the demonstrators regarding the relationship with student protests in the world, but also issues of social antagonisms as well as government reactions, including investigations and trials. The documentation was underscored as a precursor to sociological research into social conflicts. The primary purpose was to collect these authentic documents into a publication and to testify to the significance of events of 1968 to the development of socialism in Yugoslavia. This publication was published as a Volume 1-2 for 1969. The editors-in-chief were Gajo Petrović and Rudi Supek.