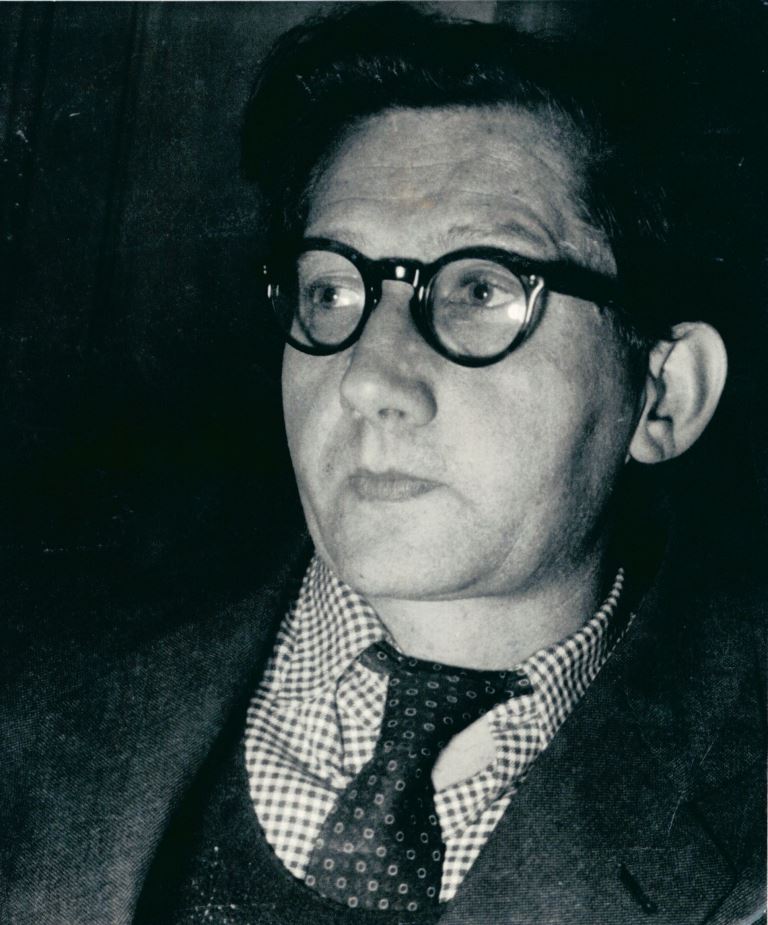 Rudi Supek (Zagreb, April 8, 1913 - Zagreb, January 2, 1993), a Croatian sociologist, philosopher and psychologist. As a student from 1933 to 1936, he was close to the Communist Party of Yugoslavia (CPY) (Galić 1990). He graduated with a degree in philosophy at the Faculty of Philosophy in Zagreb in 1937 and until 1938 he was a member of the leadership of the League of Communist Youth of Yugoslavia. At the end of 1939, he went to Paris, where he studied psychology. There he had a party mission to maintain a connection with the International Brigade Centre in Paris which organised the transport of fighters to the Spanish Civil War. He graduated from the Institute of Psychology of the University of Paris in 1940 and received the certificate of the National de l'Orientation professionnelle in the same year. During the Second World War, he was a member of the French resistance movement and a member of the Communist Party of France (CPF) since 1939. In 1942, he was arrested in Paris and detained in several prisons in the city. From January 1944 until the spring of 1945, he was interned in the Nazi concentration camp in Buchenwald, where he, as a representative of the Yugoslav prisoners, was a member of the camp’s illegal International Board. Buchenwald was the only Nazi camp where the detainees liberated themselves before the Allies arrived (Bosnar 2011). After his liberation, he was a delegate of the Red Cross on repatriation issues, organised a series of repatriation centres in Germany, and then returned to Paris to study psychology in 1946.

In 1948, after the Cominform Resolution against Yugoslavia, the leadership of the CPF demanded that Supek attack the CPY and its leader Josip Broz Tito. He refused, and as the editor of the two magazines, Nova Jugoslavija (New Yugoslavia) and Bratstvo i jedinstvo (Fraternity and Unity), he tried to reduce the impact of the Resolution on Yugoslav emigrants in France. In 1950, he returned to Yugoslavia. However, he received a Ph.D. in psychology from the Sorbonne in Paris in 1952. He worked at the Psychology Department at the Faculty of Humanities and Social Sciences of the University of Zagreb (FHSS) (1951-1958) and the Institute for Social Research in Belgrade (1958-1961). He was a professor of sociology at the FHSS in Zagreb from 1960 to 1979, where he founded the Sociology Department in 1963. He also lectured at other foreign and Yugoslav universities and colleges. Supek is considered the founder of Croatian, and also one of the founders of Yugoslav, sociology. One of the world’s most renowned sociologists, Jürgen Habermas, called Supek “the father of modern sociology.”

He is the author of over twenty scholarly books, primarily in the fields of sociology and psychology, but also the author of one of the first books on ecology in Yugoslavia (Supek 1989a). His works were translated into English, German, Italian, Czech, Hebrew and Japanese. He was the president of the Sociological Society of Croatia and the Yugoslav Society of Sociology.

Although he was a Marxist and a member of the CPF for a decade, after 1948 he never again joined another communist party. Although he requested the membership in the CPY in 1950, his application was rejected because he was considered politically unsuitable as a survivor of the notorious Nazi concentration camp in Buchenwald. Namely, to the Yugoslav authorities, the survivors of that terrible camp were unreliable precisely because they had survived, implying that they were collaborators (Bosnar 2011).

In his youth, Supek advocated Bolshevik policies. However, his post-war experiences, primarily his aspirations towards free academic research and his negative experience with the party bureaucracy, put him at odds with the Party (Interview with Marijan Bosnar, 18 Jul. 2017). His disagreement with the communist regime was based on his understanding of the position of intellectuals in society. He believed sociologists should be a critical counterbalance to the ruling system of power and that is why he moved away from dogmatism and uncritical idealism. He remained a Marxist but replaced dogmatism with the conviction that socialism cannot be achieved without democracy (Supek 1989b).

Supek's critical thinking was most visible in his editing of two respected philosophical journals, Pogledi (1952-1955) and Praxis (1964-1975), and through his leading role in the Korčula Summer School (1963-1974). In 1953, Supek published the article “Why is there no conflict of opinions in Yugoslavia?” in Pogledi, which provoked considerable criticism from many pro-regime intellectuals. Supek argued that there was no conflict of opinions because one group (the LCY) monopolised the entirety of social life. In 1954, Supek resigned as editor-in-chief, and after the next issue (1955/1), the LCY banned the journal (Interview with Marijan Bosnar, 18 7. 2017.). As a member of the intellectual circle gathered around Praxis and the Korčula Summer School, he criticised, from a radical leftist position, certain elements of the socialist system of the time. That is why the communist rulers obstructed the publication of Praxis and the work of the Korčula Summer School.

On the other hand, with his book Ova jedina zemlja: idemo li u katastrofu ili u Treću revoluciju? (This only Earth: Are we heading for disaster or the Third Revolution?), published in 1973, he was one of the first intellectuals in Yugoslavia to warn society of the environmental problems of modern civilisation. With this book, he moved from the then Marxist mainstream in Yugoslavia, which maintained that environmental issues were, in fact, a capitalist ploy to decrease the revolutionary potential of the working class. After the democratic changes in Croatia and Yugoslavia after 1990, he was critical of the new government.

He was the recipient of numerous awards and honours, including the Honorary Doctorate of the University in Uppsala (1976), the French Prize for Achievements in the Field of Science (1984), and the National Order of the Legion of Honour (Ordre national de la Légion d'honneur) in 1989 (Supek 1989a). Since 2004, the Croatian Sociological Society has annually conferred the Rudi Supek Prize for achievements in the field of sociology. Since he was popular among students, every year the students of the Sociology Department of the Faculty of Humanities and Social Sciences (University of Zagreb)organise a freshman party called Rudi Supek Night. In 2013, a scholarly conference marked the hundredth anniversary of Supek's birth and fifty years since the establishment of the Sociology Department. The papers from that conference were also published (Cifirić et al., 2016).

During his life, Supek systematically collected a personal archive which his granddaughter, Bojana Zupan, donated to the Croatian State Archives more than a decade after his death.