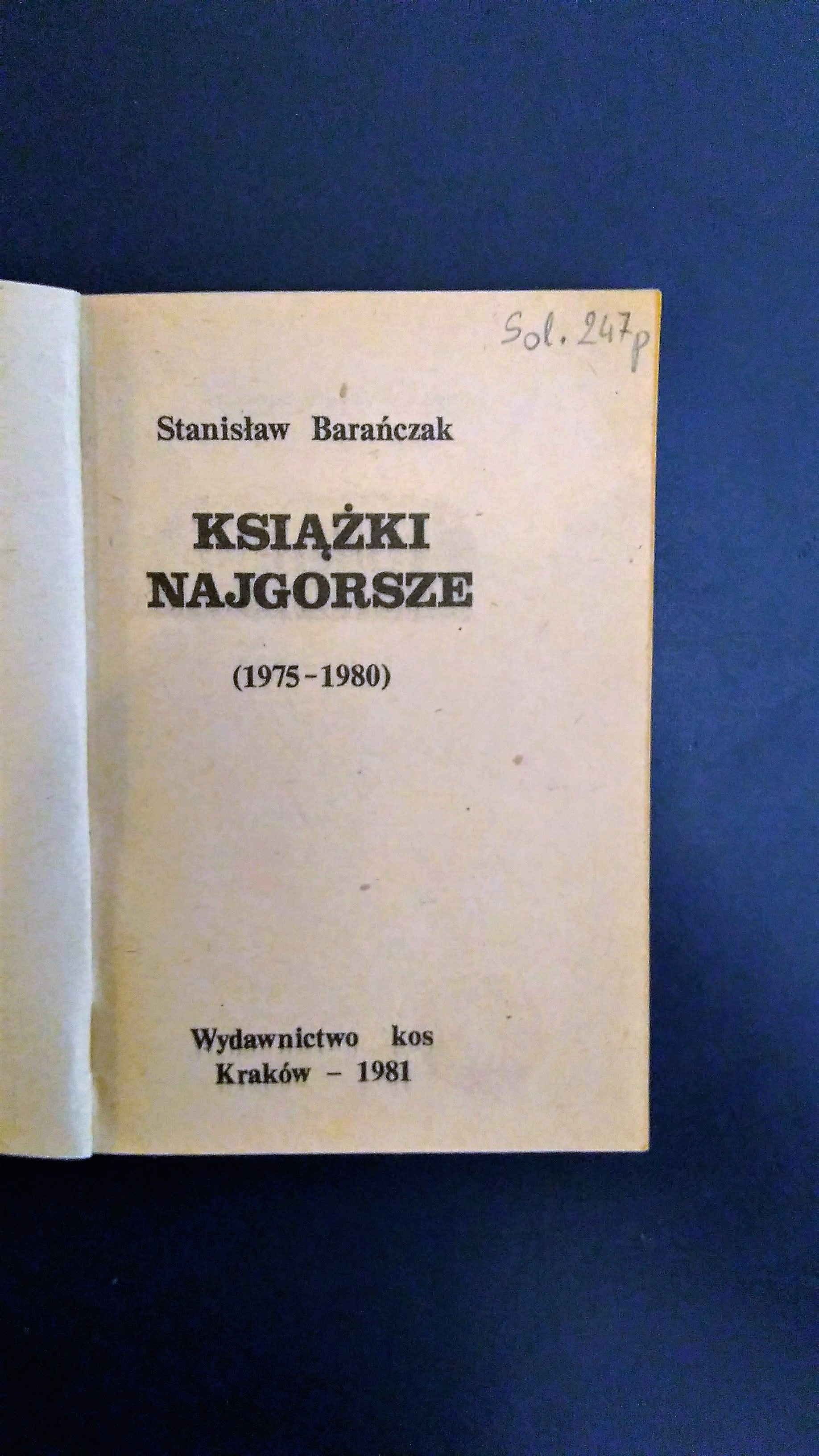 Stanisław Barańczak (1946-2014), a leading Polish poet, essayist, translator, philologist and collaborator of the Workers’ Defense Committee, was also known for his wit and subtle sense of humour. In 1981, the KOS underground press published Książki najgorsze: 1975-1980 (The Worst Books, 1981), a selection of literary reviews. Barańczak began submitting the reviews to the Student newspaper in 1975 hiding behind the fictitious critic duo of Feliks Trzymałko and Szczęsny Dzierżankiewicz. The author set on trashing a bad literature, which included people’s militia detective stories published by the Ministry of National Defense Press, erotic novels of Jerzy Putrament, former Stalinist minister of culture, and many other gems of literary kitsch released in People’s Poland. Relating to Vaclav Havel’s concept of “the aesthetics of banality”, Barańczak described his book as the study of and relationship between totalitarianism and bad literature, “graphomania with state imprint”, which flourished under state socialism due to the superiority of ideological criteria over artistic of values (Barańczak, 9-11). Barańczak’s humorous book constitutes cultural resistance to communist regimes at its best. While its ‘totalitarian’ aspect might have lost its sting and edge, The Worst Books remains a cult title of the Polish samizdat literature.