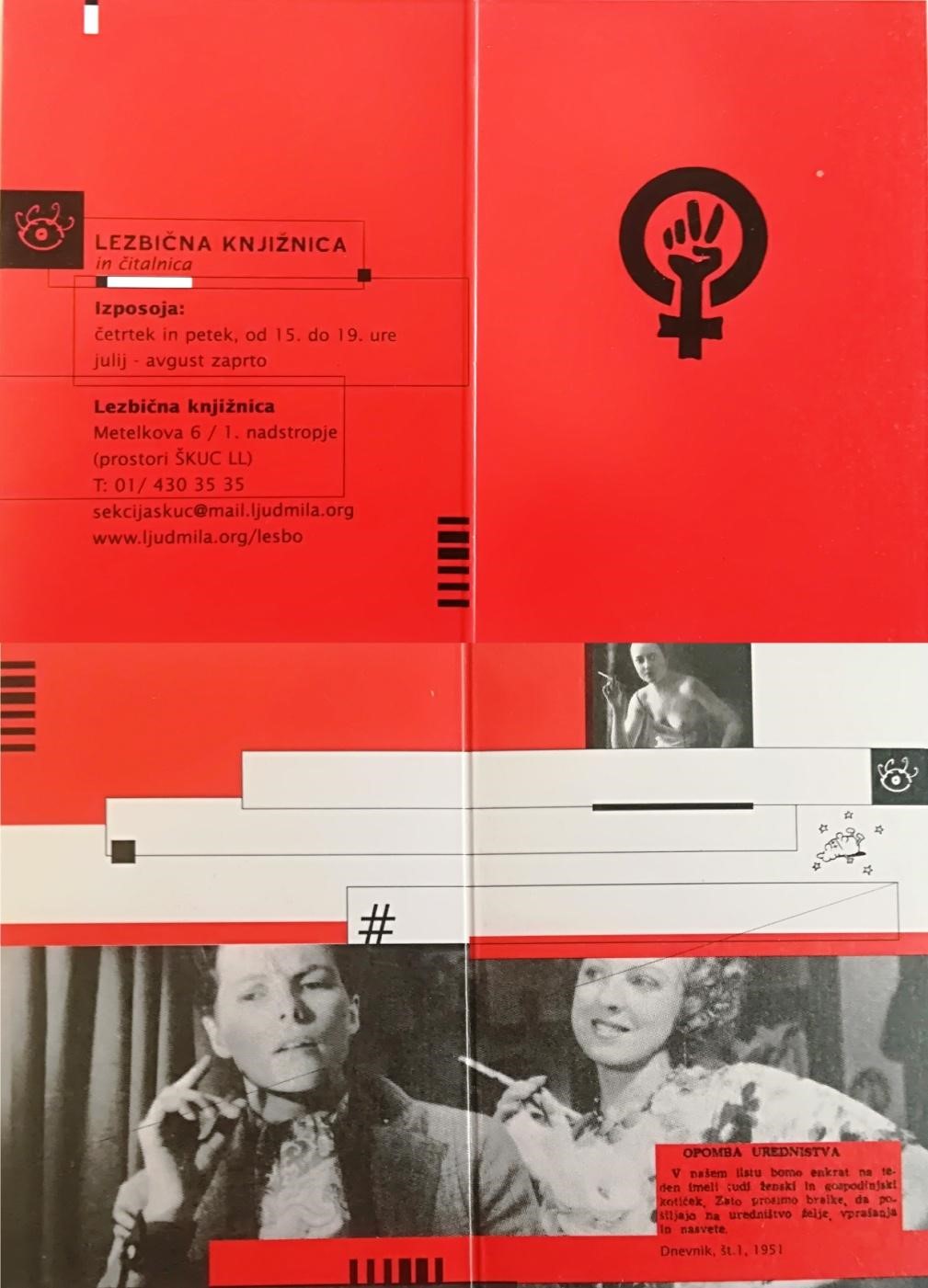 The Section LL archive contains material produced by an important part of the Slovenian lesbian and gay movement and its activist groups since their establishment in 1984. The collection primarily holds documents and other materials related to the activities of Section LL, comprehensive press-clippings, underground magazines, promotional materials (posters, leaflets, etc.) and a variety of visual material, some with artistic merit. The archival materials testify to the first lesbian and gay organizations established not only in Yugoslavia, but also in socialist Europe. Moreover, the Slovenian gay and lesbian movement in the 1980s was somehow unique in the socialist context, since its activities were completely public and it enjoyed extensive, often even rather positive media coverage.

Kajinić, Sanja. 2016. “The First European Festival of Lesbian and Gay Film Was Yugoslav: Dismantling the Geotemporality of Europeanisation in Slovenia”. In LGBT Activism and Europeanisation in the Post-Yugoslav Space, ed. Bojan Bilić, 59–80. London: Palgrave Macmillan.

Kuhar, Roman. 2001. Mi, drugi. Oblikovanje in razkritje homoseksualne identitete [We, the Others. Formation and Disclosure of the Homosexal Identity]. Ljubljana: ŠKUC.