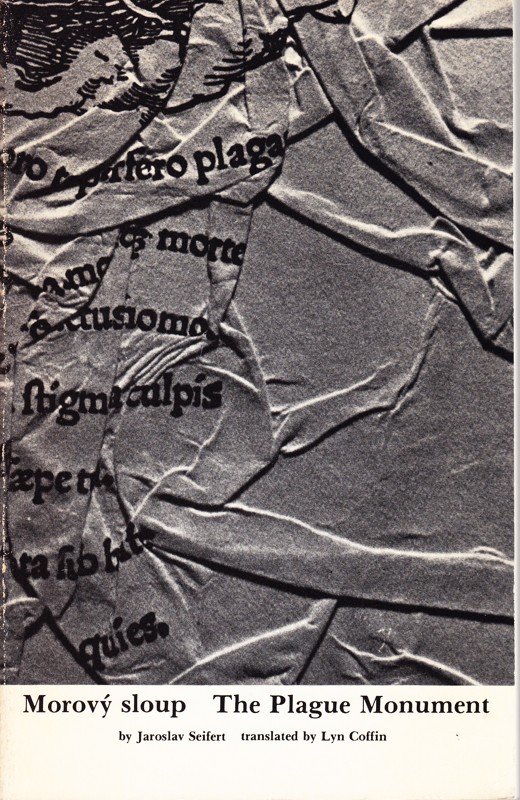 Czech poet Jaroslav Seifert was an example of an author affected by the communist regime, mainly after the Soviet invasion of Czechoslovakia in 1968. Although he was a designated “National Artist”, and was awarded many state prizes, he was not allowed to publish, with some exceptions, especially during the 1970s. Thus, his poems were often illegally transcribed as a samizdat or published in exile. This was also the case of his collection of lyrical poems “Morový sloup” (The Plague monument) written in the late 1960s and early 1970s, thus at the beginning of the so-called “normalization”. The collection “Morový sloup”, which also reflected the actual political situation in Czechoslovakia, was published in Washington by the Czechoslovak Society of Arts and Sciences in 1980. This edition was illustrated by Czech artist Jiří Kolář and translated by American poet Lyn Coffin.