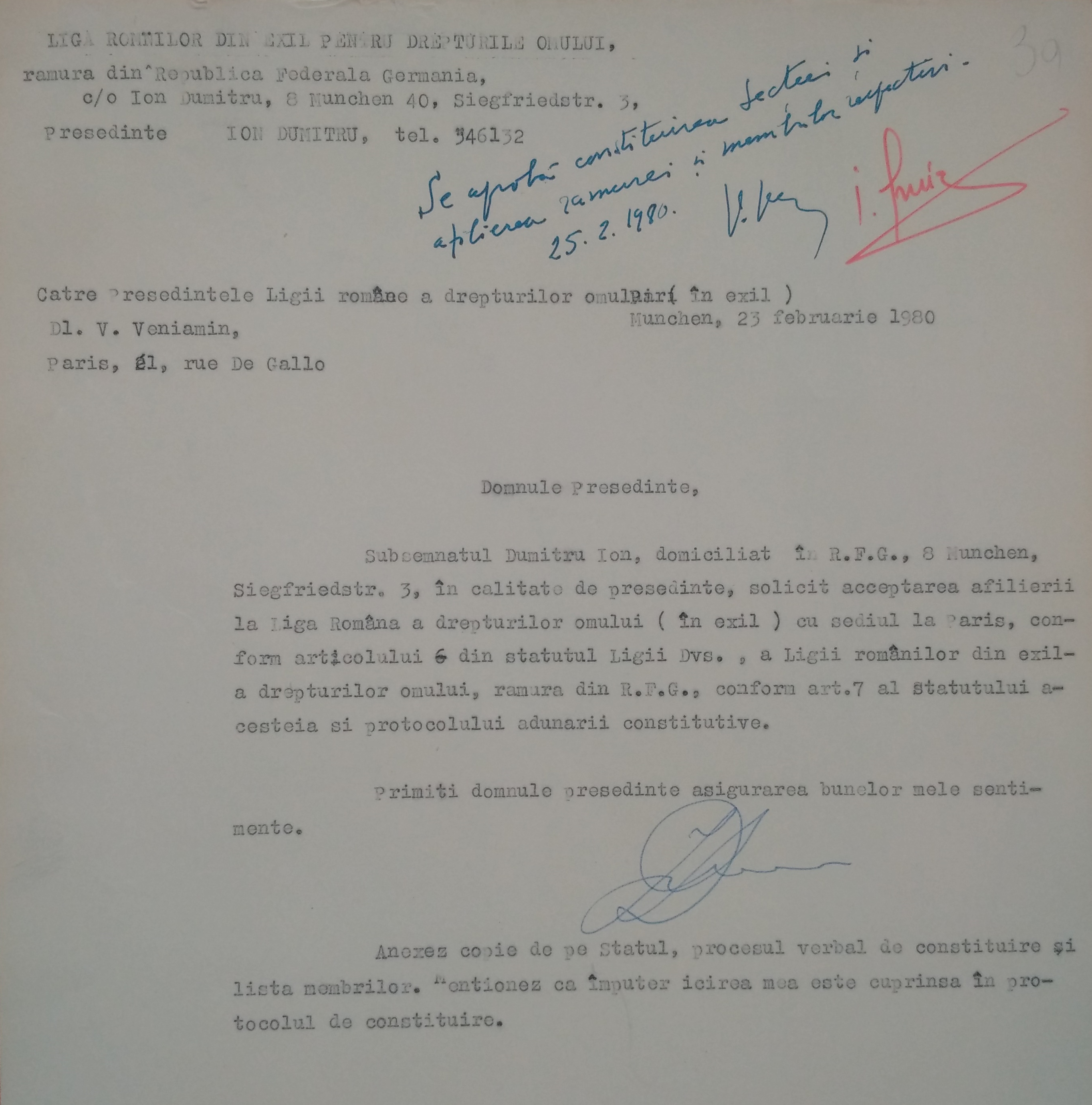 This document is an important source of documentation for the understanding and writing of the history of the Romanian exile community in the 1980s. It concerns the organisation that Romanians of the emigration established to unmask the wrongdoings of the communist regime in their native country to the West in the hope that they would find external support for the removal of communism in Romania. In particular, the document illustrates exile actions for the observance of human rights in Romania, as it testifies to the existence of a political body set up for this purpose, namely Liga Românilor din Exil pentru Drepturile Omului (The League of Romanians in Exile for Human Rights). It had its headquarters in Paris and was coordinated by Virgil Veniamin, who was a personality of the exile. A graduate of the Law Faculty of the University of Paris in 1930, he was a professor of international law and a lawyer, as well as being a distinguished member of a Romanian political party, the National Peasant Party. The establishment of the communist regime found him at home in Romania, which he left clandestinely in February 1948, settling in Paris. In exile, he was particularly noted for his activity as president of the Carol I Royal University Foundation and as a member of the Romanian National Committee, considered by its founders as the Romanian government in exile. In the 1970s he was involved in a major scandal in the Romanian exile community when he was accused of collaborating with the Securitate in Bucharest. Today, based on the documents contained in the file on him created by the former Romanian secret police, it can be ascertained that he was indeed an agent of influence of the communist regime within the exile community. The document kept in the Ion Dumitru Collection is a request sent by the collector to Virgil Veniamin on 23 February 1980, asking him to accept affiliation to the central section in Paris of Liga Românilor din Exil pentru Drepturile Omului (The League of Romanians in Exile for Human Rights) of a newly established West German section based in Munich, in which Ion Dumitru had been elected chairman. In response to this request, Ion Dumitru received a favorable reply from Virgil Veniamin. Both documents, in A4 format, can be found in the private archive of Ion Dumitru at IICCMER.