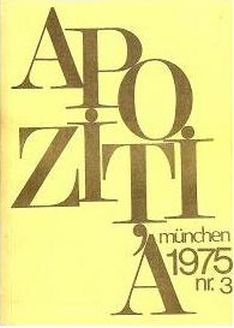 The Ion Dumitru Collection is the richest and most diverse of all the private archives of the Romanian exile community, which makes it indispensable for the study of the history of postwar Romanian exile. The collection is also a fundamental source for documenting and understanding Romania's (domestic and foreign) political, cultural, economic, and social evolution during both the communist and post-communist periods. At the same time, this private archive is a historical source both for understanding how the Bucharest authorities acted to divide the Romanians abroad and to counteract their actions aimed at unmasking the wrondoings of the communist regime between 1948 and 1989 in the West and for how Romanians within the country perceived the emigrant community.