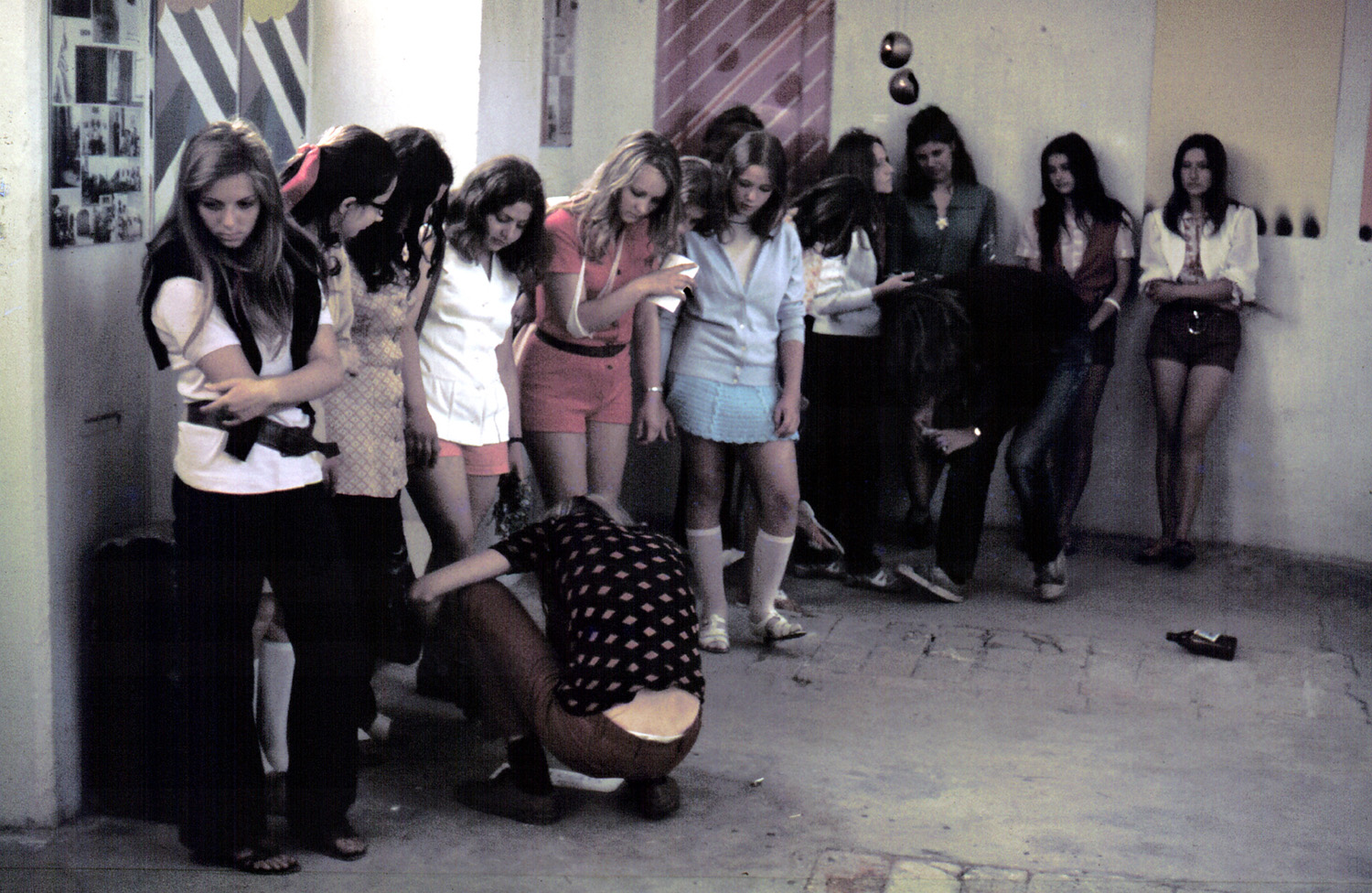 As part of his project Parallel-course Study Track, Tamás Szentjóby realized his action entitled A-B happening at the Chapel Studio in Balatonboglár. Regarding his concept, the term “parallel-course” had multi-layered references. On the one hand, it reflected on the activities of avantgarde artists parallelly and at the same time opposing the socialist regime. On the other hand, the parallel aspect referred to the parallel attitudes of Eastern and Western avantgarde artists, as well. Szentjóby also used the term to describe his self-established “pedagogical system” operating in parallel with the official educational institutions, which provided the frameworks of new artistic strategies inspired by the attitude of fluxus and the new leftist ideas he regarded as exemplars, like the activity of Joseph Beuys and Robert Filliou. The A-B happening as an initiation ritual reflected on the sacral space of the chapel and its environment in term of initiating the chapel for avantgarde art. The act of breathing in and out as part of the happening could be regarded as a symbol of the system’s operation as both a reciprocal and a power relation.