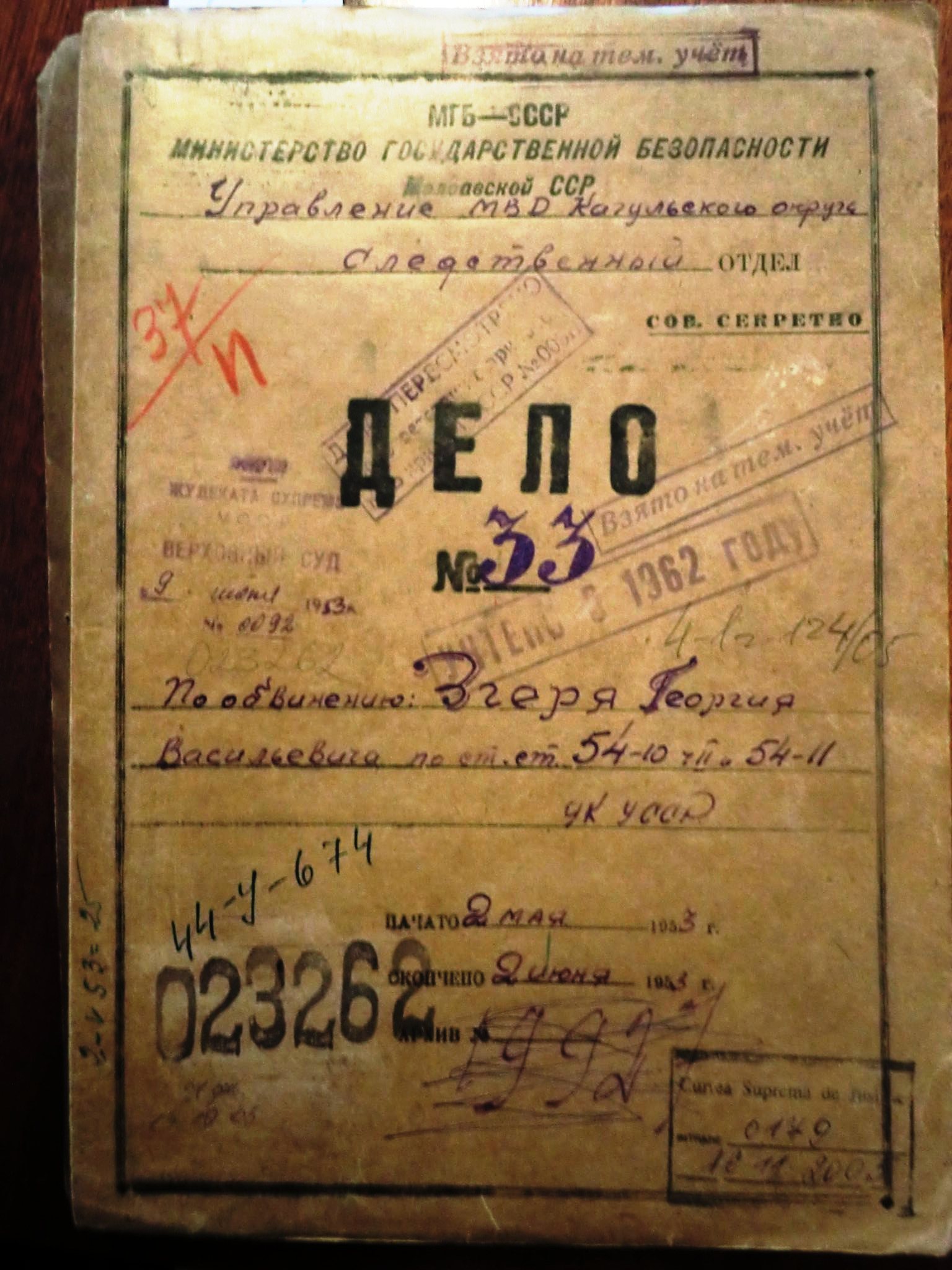 This ad-hoc collection was separated from the fonds of judicial files concerning persons subject to political repression during the communist regime which is currently stored in the Archive of the Intelligence and Security Service of the Republic of Moldova (formerly the KGB Archive). It focuses on the case of Gheorghe Zgherea, a person of peasant background who was a member of the Inochentist religious community, a millenarian and eschatological movement active in Bessarabia and Transnistria mostly during the first half of the twentieth century. The collection materials are revealing for the repressive policy of the Soviet regime in the religious sphere, showing the Soviet authorities’ hostile attitude toward non-mainstream and marginal denominations, which were perceived as a particularly serious threat. Zgherea, a preacher within his community starting from late 1950, was accused of “roaming the villages” of the Moldavian SSR and spreading “anti-Soviet ideas” among the local populace by “using their religious prejudices.” Arrested on 2 May 1953, he received a harsh sentence of twenty-five years of hard labour. His sentence was reduced to five years of hard labour in June 1955, when he was also amnestied according to a special decree of March 1953. Zgherea’s case thus points to the changing strategies of the regime applied after Stalin’s death, but also to the continuity of repression and to the shifting practices of stifling dissent in post-Stalinist Soviet society.