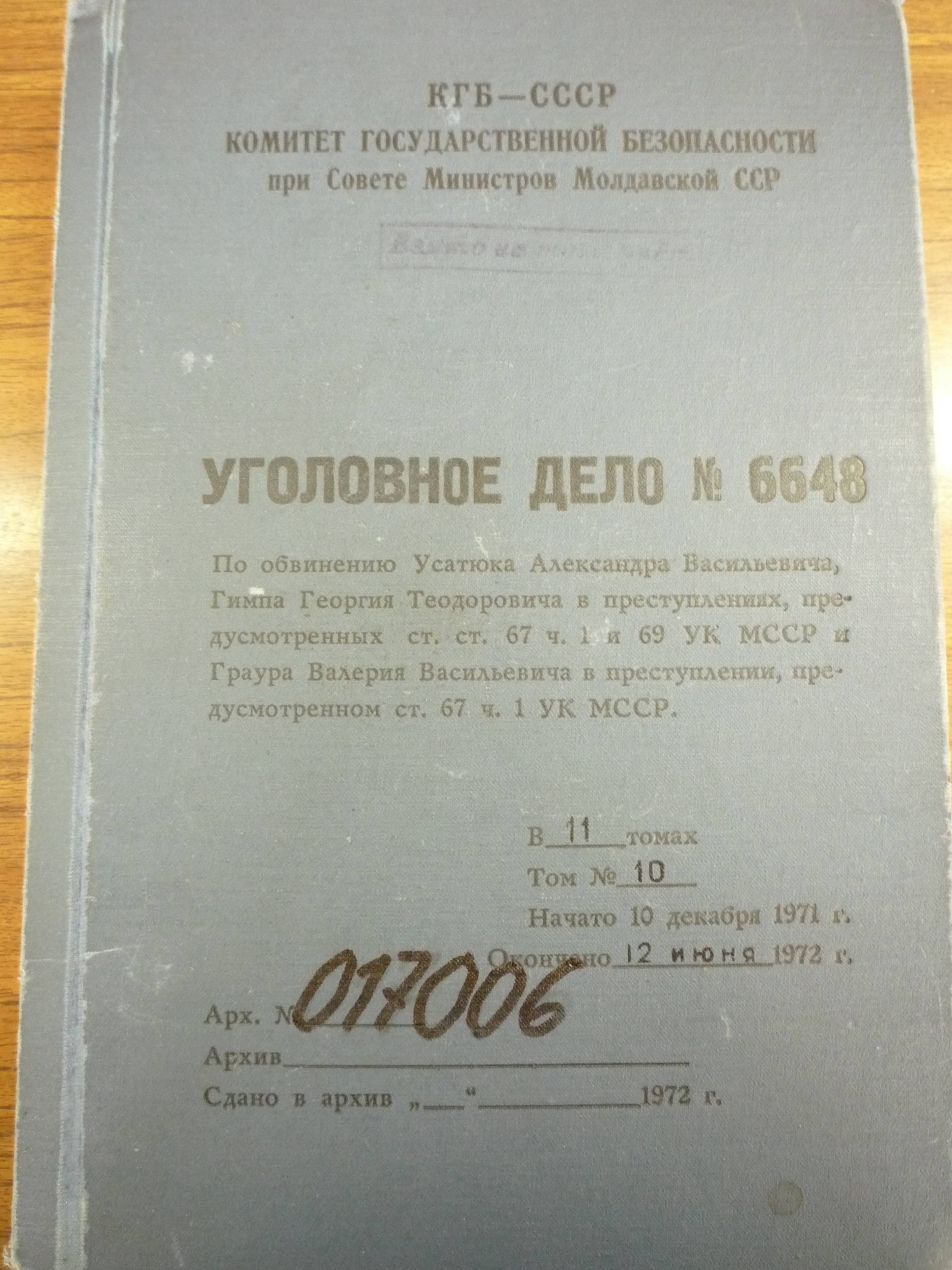 This collection comprises documents (including trial records) relating to the group known as the “National Patriotic Front,” which are currently held in the National Archive of the Republic of Moldova (ANRM). These materials were transferred to the ANRM from the Archive of the Intelligence and Security Service of the Republic of Moldova (formerly the KGB Archive). This group operated in the Moldovan Soviet Socialist Republic (MSSR) in the late 1960s and the early 1970s as the only significant organisation in the MSSR with a clear-cut and coherent oppositional message.