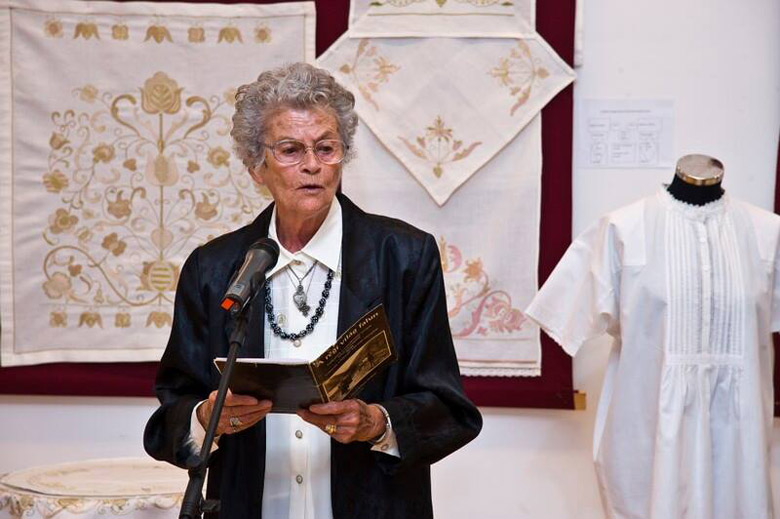 Ethnographer and folk dance teacher Jolán Borbély and her twin sister were born in Hajdúszoboszló to a peasant family. Her stepparents and grandparents were also peasants. In 1938, she began studying in Debrecen at the Calvinist Dóczi Grammer School, from which she graduated in 1946. At the High School, she became fond of the world of folk songs and folklife. Between 1947 and 1956, she studied Hungarian, Museology, and Ethnography at the Eötvös Lorand University. At the university, she learned about István Molnár’s collection on folk dance. She started to dance with the Csokonai Dance Group, where she met Ernő Pesovár and György Martin, whom she married in 1961.

In 1955, she began working as a folk dance researcher at the National Institute of Culture and to organize dance groups and dance courses. In 1956, she began teaching dance, which she did for the next 14 years. In 1972, she began working at the Hungarian Cultural Institute. With her husband György Martin and her son Péter Éri, she took an active part in making folk dance films. Her main research topics were South Slav and Roma folklore. Later, she pursued research on folk art, especially weaving and embroidery.