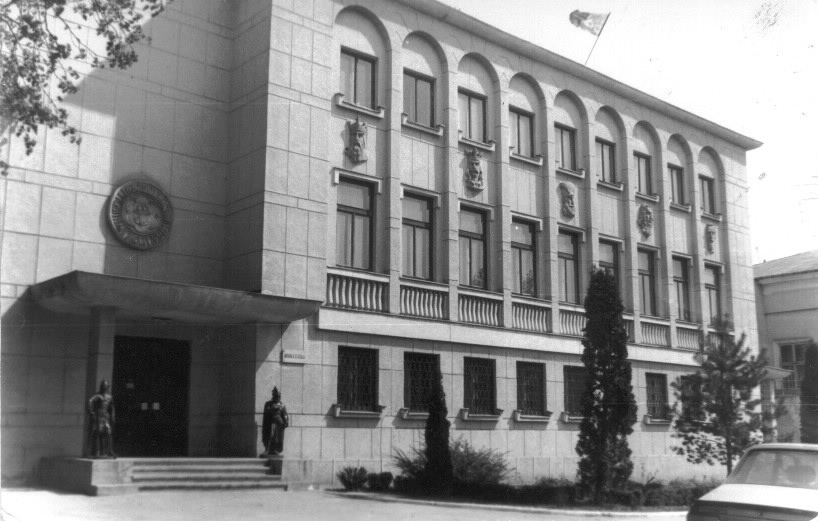 The Iași archives were founded on 1 January 1832, when the newly enacted Organic Regulation stipulated the creation of the State Archives of the Principality of Moldavia. Initially, the institution was under the jurisdiction of the Ministry of the Interior, and later it was transferred to the Ministry of Justice. From 1862, the Archives were subordinated to the Ministry of Religious Affairs and Public Instruction, and reorganised into the General Directorate of the State Archives. According to the revised regulations, the Archives in Iași became a branch of the State Archives in Bucharest. Starting with 1925, the activity of the Archives in Iași was regulated according to the provisions of the new Law for the Organisation of the State Archives. According to article 5 of the law, four regional departments were created: Cernăuţi, Chişinău, Cluj, and Iaşi, each headed by a regional director. The Iaşi Regional Department was in charge of the counties of Moldavia, apart from Bessarabia and Bukovina. Since 1951, following the application of Governmental Decree no. 472/1951, the State Archives have been subordinated to the Ministry of the Interior. During the communist period, the State Archives were organised according to Decrees no. 353/1957 and no. 472/1971. The latter was applied until the publication, on 9 April 1996, of the National Archives Act nr. 16/1996, which is currently in force. At present, the Iași County Branch of the National Archives operates in its headquarters at 26, Carol I Blvd., in a special building inaugurated on 11 June 1977. Currently, over 18.5 linear kilometres of documents are stored at the National Archives in Iași. These materials cover the period between 1362 and 1989, and are structured in several hundred archival fonds and collections, classified by various fields of activity, institutions, etc. The National Archives in Iași have a staff of twenty-two people (administrative personnel, senior and junior archivists). Visitors can consult a variety of research tools: a list of fonds and collections, archival inventories (in classic and electronic formats), catalogues, indexes, and bibliographical entries of the publications available in the documentary library. The archives contain various fonds of administrative, judicial, economic, industrial, cultural, church, military, educational, and social institutions, as well as personal fonds. The rich and varied documentary materials stored at SJAN are also relevant for studying the communist period at the local level.