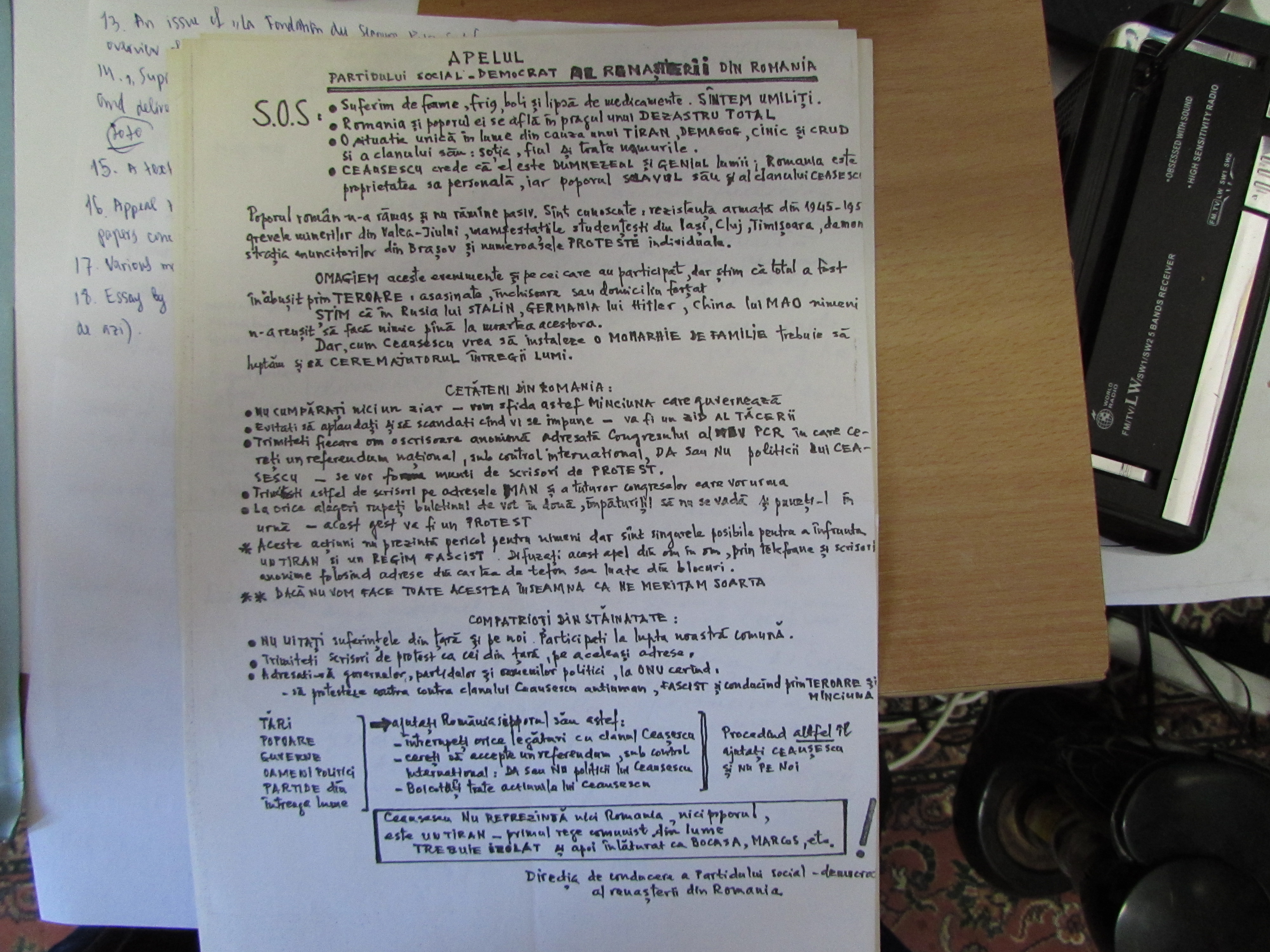 The Mihnea Berindei Collection comprises a significant part of the founder’s personal archive. These materials were accumulated in exile during the period 1977–1989, when Berindei was actively involved in assisting Romanian dissidents persecuted by the Ceauşescu regime. He was also an important intermediary between the fledgling Romanian opposition movement and the Western press, public opinion, and political establishment, playing a crucial role in publicising and enhancing the visibility of the Romanian case in the West. The major part of Mihnea Berindei’s personal archive is currently stored at the Iași Branch of the Romanian National Archives (Serviciul Județean Iași al Arhivelor Naționale). These papers were donated to the archives in 2013 and 2016. They include a variety of materials relating to communist Romania, the policies of the Ceauşescu regime and various manifestations of Romanian dissent (including cases of specific dissidents). The collection features a rich selection of documents relating to the activity of Radio Free Europe (RFE) during the 1980s, when Berindei was closely associated with the station’s Romanian-language service. The collection also contains a series of materials dealing with Eastern European developments in the 1990s. This is one of the most important private archives concerning communist Romania created in exile. As such, it will be of utmost significance to interested researchers and the wider public.