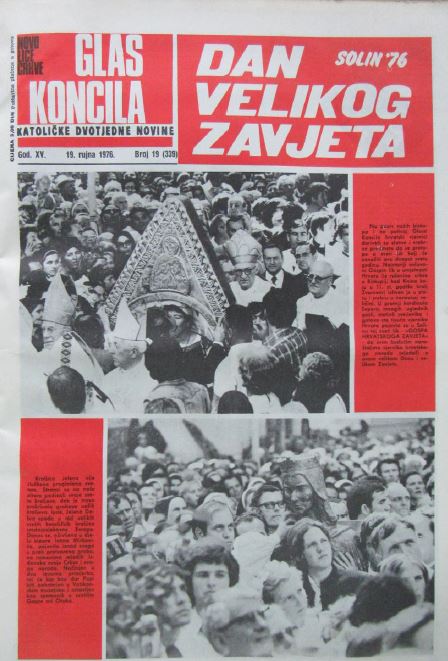 The private collection contains materials documenting the celebration of the Grand Jubilee, when 100,000 pilgrims gathered in Solin in Dalmatia on 12 September 1976. The Grand Jubilee celebrated the thirteen centuries of the first contacts of the Croats with the Holy See and 1,000 years of the construction of the first known Croatian Marian shrine. By commemorating the Croatian Catholic medieval rulers and statehood, the Church articulated a collective identity rooted in the past and tradition. As such, it was inherently opposed to the socialist imagery offered by the Yugoslav state. Some Communist Party members saw in the massive mobilisation of believers the “escalation of nationalism” as a follow-up to the Croatian Spring.

Mikić, Ante. Ecclesiastical and social importance of Glas Koncila from 1963 till 1972. Zagreb: University of Zagreb, 2017. https://repozitorij.hrstud.unizg.hr/islandora/object/hrstud:929/preview.