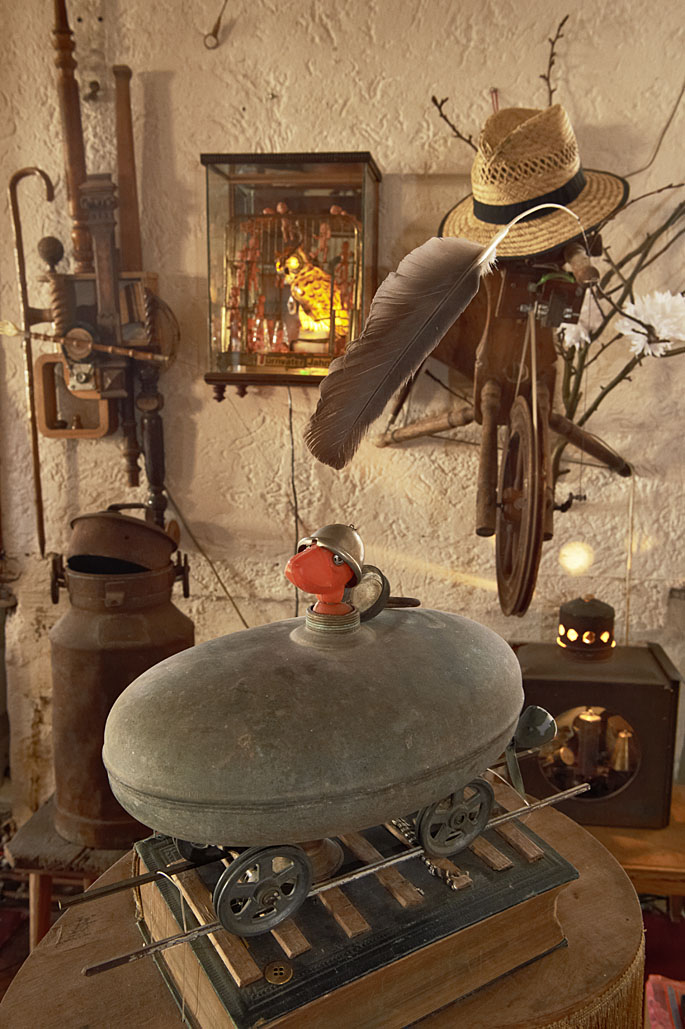 The museum of lies was founded in 1990 in the context of the political changes in the GDR by the Dadaist artist, Reinhard Zabka, also known as Richard von Gigantikow. It emerged thanks to personal efforts of Reinhard Zabka, who was very active in non-conformist and avant-garde artistic scene during the GDR period. Its origins lie in an art house established by the artist during the GDR period in Babe, Brandenburg.

The premises for the creation of the museum began in 1990, in the context of regime change. The small museum was first conceived following the principles of Wunderkammer and Gesamtkunstwerk. Recognition followed in 1995, when it became a member of the Museum Association of the State of Brandenburg (Museumsverband des Landes Brandenburg e.V.). In 1997 the museum relocated to Gantikow, and has been in Radebeul since 2012.