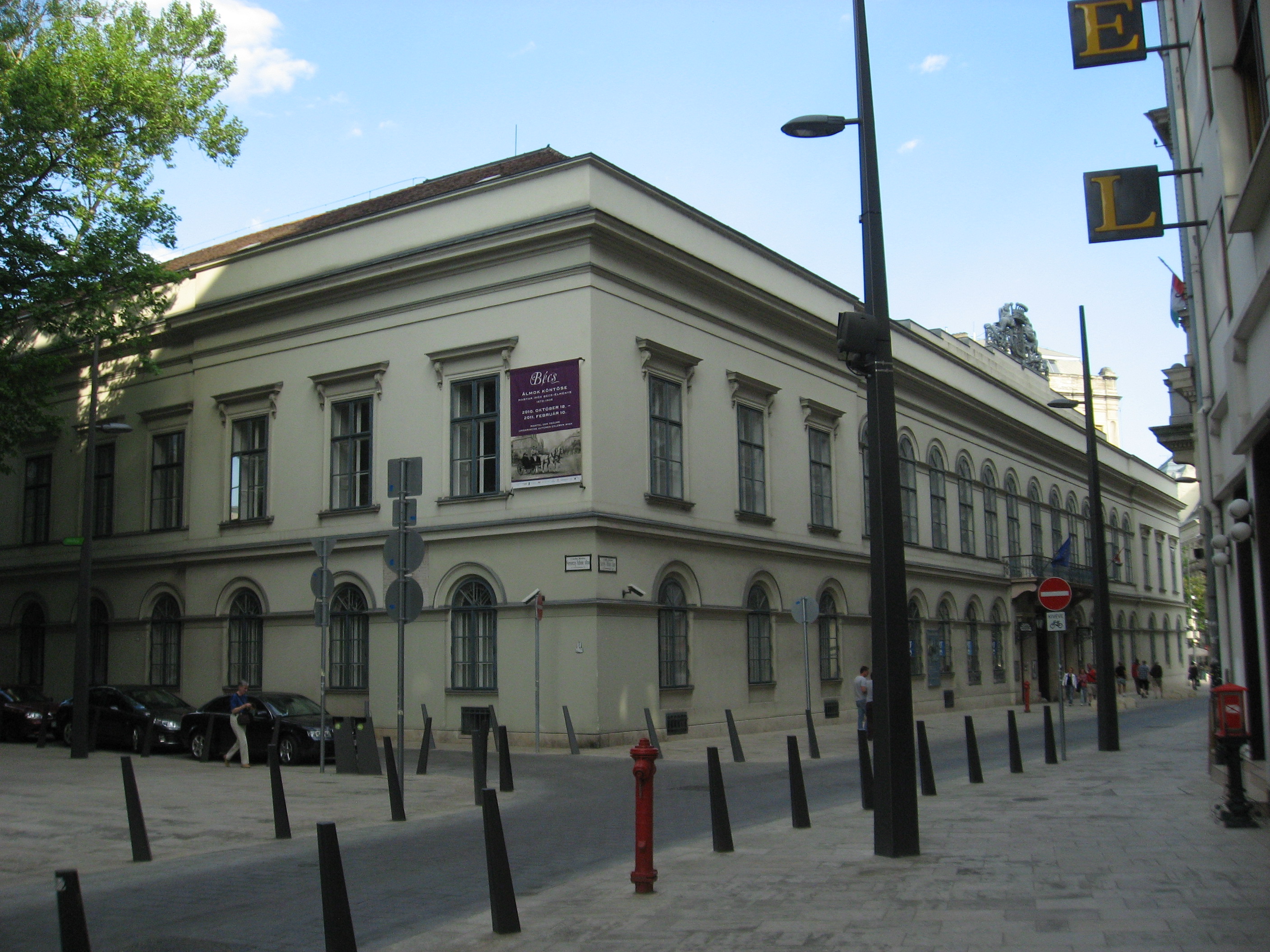 "The Petőfi Literary Museum was established in 1954. As the legal successor of Petőfi House, which operated as an exhibition and research centre between 1909 and 1945, the newly founded museum inherited a considerable collection.

The founding of Petőfi House in 1909 was encouraged not only by the institutionalization of the Petőfi cult, but also the realisation that at the time writers’ documents, although part of the national heritage, were not included in the collections of libraries, museums and archives. Alongside the undertaking to preserve the valuable documents launched by the Petőfi Society, the activity of Petőfi House not only included the collection of Petőfi manuscripts, books and relics available at that time, but also the purchase of the house on Bajza Street, which was owned jointly by Mór Jókai and his son-in-law, Árpád Feszty. Thus Petőfi House began keeping and conserving Jókai relics and maintaining his cult. In 1945 Petőfi House was struck by a bomb, so management of the collection was handed over to the Budapest History Museum. From the beginning of the 1950s, Petőfi House collected documents of Attila József and Endre Ady, besides those of Petőfi and Jókai, and as a consequence it outgrew its domain and the situation required the establishment of an independent Museum of Literature. In 1954 the collection moved to 7 József nádor Square, then to the Károlyi Mansion in 1957, where the museum took off with a large-scale exhibition about János Arany.

The task of the new, national museum was not only to process the inherited estates in an up-to-date manner, but also to persistently collect valuable items of contemporary Hungarian literature. Thus the Literary Museum’s scale of collecting became rather broad. It extended to literature written in Hungarian in Hungary and across the country’s borders, correspondence and collections of writers’ libraries, objects and artworks with a literary theme, as well as sound recordings. Later the collection of emigré newspapers, books and manuscripts was established and expanded. The present structure of the museum, which was divided into departments and is specialised in receiving comprehensive writers’ and literary estates, their professional processing and restoring, as well as holding exhibitions and publishing its collections, was formed in 1970. The Jókai Memorial Room, the Kassák Museum and the Ady Endre Museum became affiliated to the PLM in 1968 and 1976. The PLM was a founding member of the International Council of Literary Museums (ICOM-ICLM) and has been an active member ever since.

Right from the time of its establishment, the museum’s tasks included mentoring literary collections and exhibitions in the provinces. The PLM has become an institution of literary museology with nationwide authority, which not only assists staging exhibitions in provincial memorial houses and rooms, but also has contacts with Hungarian literary memorial sights abroad. In 2008, the Association of Hungarian Literary Memorial Houses was established on the initiative of the Petőfi Literary Museum in the spirit of professional cooperation.

Up to 1998, the PLM shared storage capacity and workshops with the Hungarian National Museum and the Budapest History Museum. Two years before moving out, the reconstruction of the listed Károlyi Mansion began (1997-2000), which served the three basic activities of the PLM – exhibitions, scientific collecting and processing, and organisation of events. To enable the collections to settle in, an underground book storeroom and ground-floor storage units were constructed for the Archive of Manuscripts and the storerooms of furniture, sculpture and paintings of the Art Department. The Henszlmann Street loft was converted and a new sound and video recording studio was built. The furniture of the Károlyi Archives in the eastern wing of the building was restored. As part of the interior renovation, suitable spaces for the reception of visitors and public relations were created. Thus a café for 80 people and a bookshop opened. By the end of the 1990s, the museum’s public relations further expanded and due to that process the Centre of Contemporary Literature (CCL) as part of the museum was formed on 1 January 1998, though its name was subsequently modified. The CCL together with the Hungarian Literary Museum were jointly named the House of Hungarian Literature.

From December 1998 the literary museum, again bearing Petőfi’s name, became a part of the Károlyi Mansion Cultural Centre after the cessation of the Centre of Contemporary Literature in 2000. In 2003 the Petőfi Literary Museum was given a new organisational structure, which was extended with the Béla Hamvas Culture Research Institute in the same year. Then the PLM was joined by the Academy of Digital Literature in 2007, the Hungarian Books and Translations Office in 2012, the Museum of Hungarian Language and the Ferenc Kazinczy Museum in 2013."