The publication in 2007 of the In the Next Moment – Cat Radio. Book 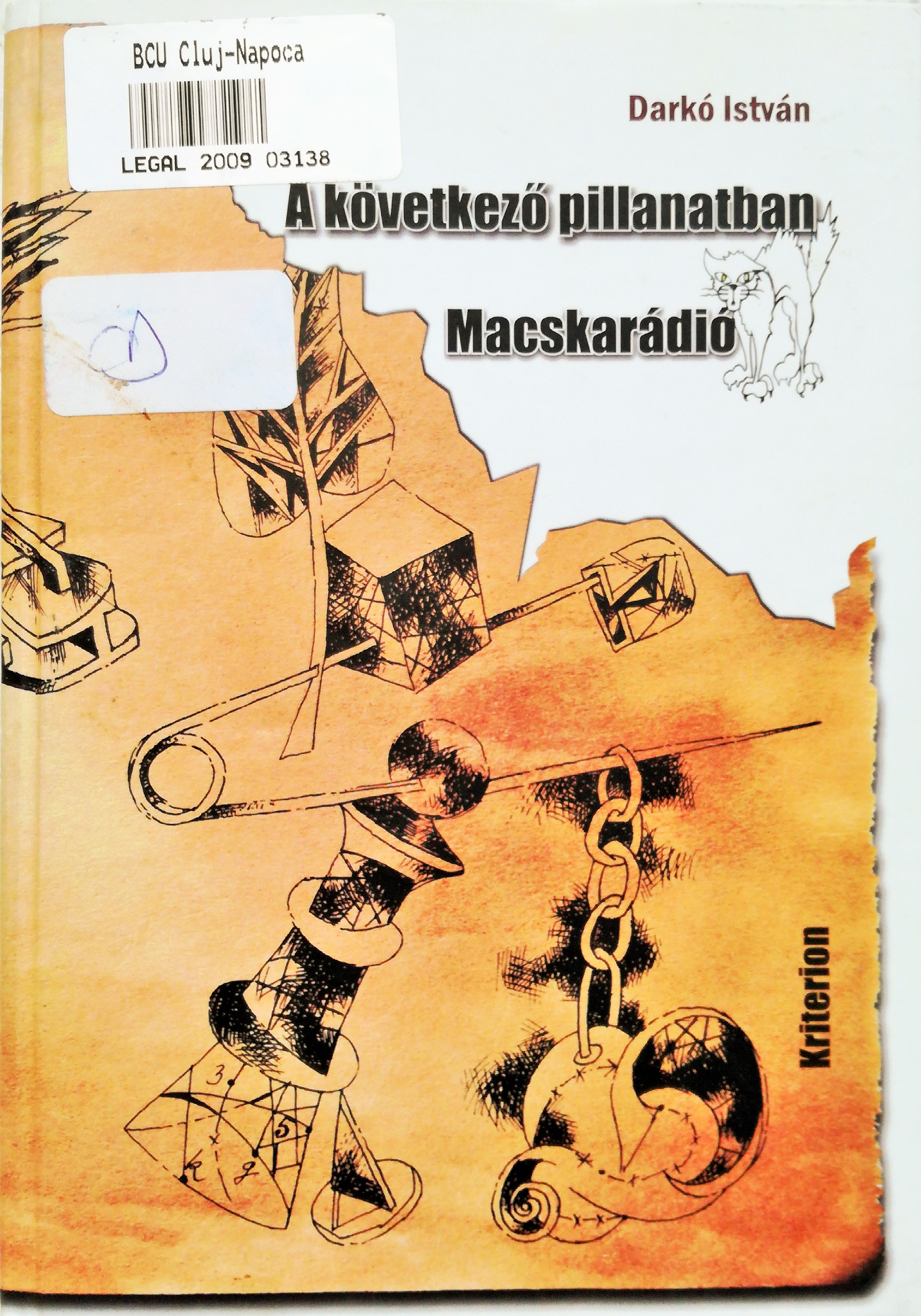 The republication of the 1981 volume and the publication of the recorded dialogue material of Macskarádió (Cat Radio) with the attachment of the original audio material on CD, was undertaken in 2007 by Péter Egyed. The new publication omitted the generic subtitle “fantastic stories.” The volume was on the one hand dedicated to the person of István Darkó, and on the other to the support of Egyed's view that Hungarian literature from Transylvania was richer than it might appear. Darkó's creation constitutes literature also from the point of view of self-awareness. He took the acting habit very seriously. This meant for him not only that he played a role on the stage, but that he was an actor in everyday life, too, who played himself or the better István Darkó. In the volume, in the text titled “A színész” (The actor) he clarified his acting/writer role, that is his intellectual relations to perception/opinion/interference/action. "I don't know, if the readers, among whom there are certainly radio listeners, too" he wrote, "noticed that in the programmes of Macskarádió (Cat radio) (I am thinking of live broadcasts or reporting from the scene), when a kind of silence sets in... his presence is zizzing there. […] This MAN doesn't say a word, observes us, sees each of our screw-ups, sees the ambiguous flashes in our eyes, he jumps on our fierce thoughts right away like a panther… so we should take good care, please! […] For him it is no big deal to realise the spider’s web adhering to our heads."