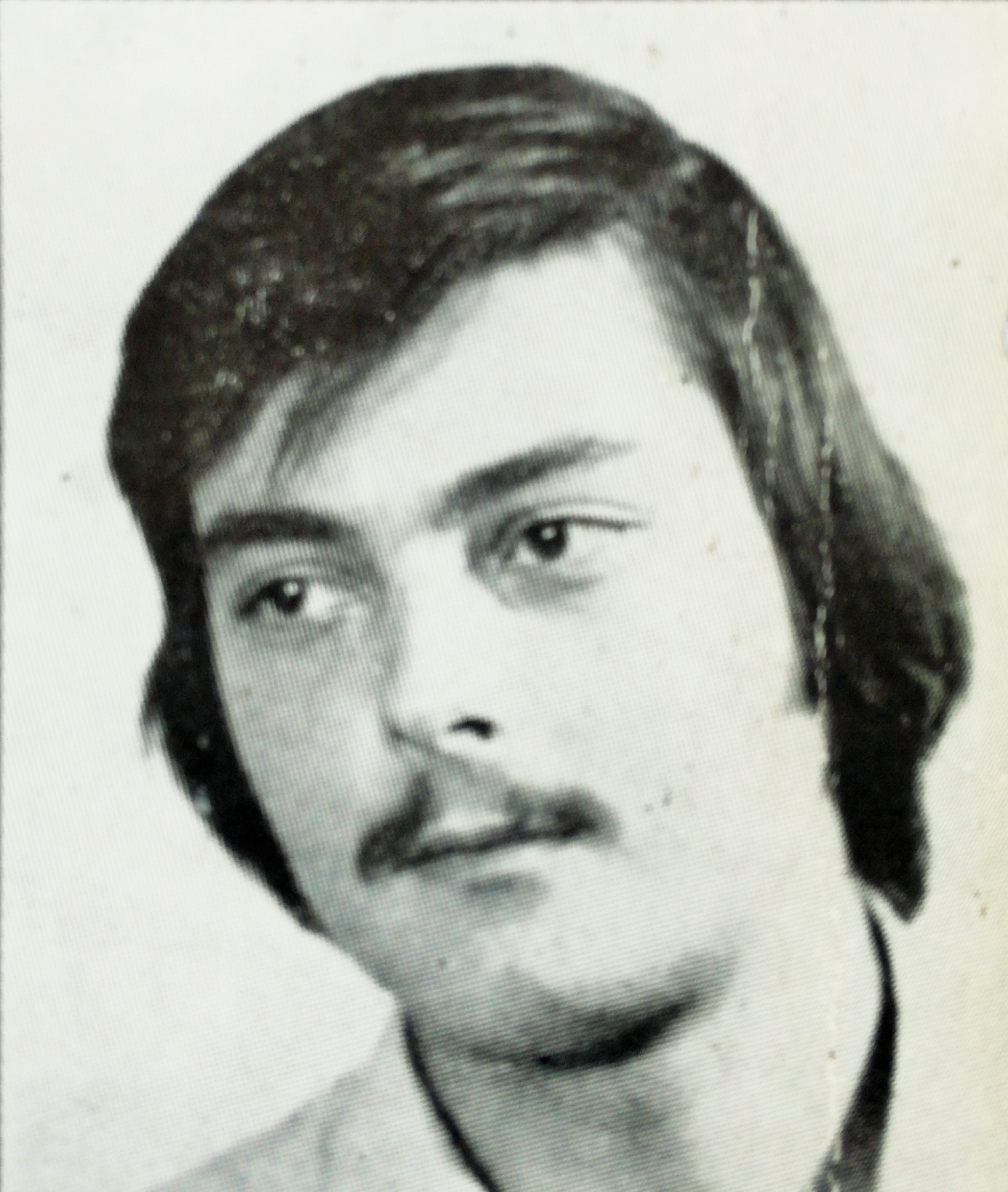 István Darkó (4 May 1954, Cluj – 7 September 1982, Oradea) was a Hungarian writer and actor from Transylvania. He was the son of the art historian and painter László Darkó and the opera singer Edit Timkó, a member of the Hungarian State Opera of Cluj.

He attended both elementary and high school in Cluj. He came to the attention of the Securitate as a student of High School no. 11, today the István Báthori Theoretical Lyceum. The operation officer responsible for monitoring the institution identified Darkó as a close member of an anti-system student group identified as “Tamango Club,” who held house parties with no parental control. In August 1971 the “club members” and Darkó, five tenth-grade students, went on vacation to the Romanian seaside, where they pretended to be Hungarian tourists. After their return home and the start of the the new school year, reports of student informers led to their interrogation in 1972. The Securitate officer was primarily interested in the relationships the students in question had established with foreigners, but in the meantime it became apparent that they had had a negative attitude towards the visit of the Party’s general secretary to China, they had made negative comments regarding the situation of Romanian youth and they had rejected the dispositions of the educational (haircut declaring) reform of July 1971. The secret police already knew in July 1971 about the quite aloof Darkó, a member of the Union of Communist Youth, who had lost his father in 1970, that one of his uncles – a brother of his father, who as a Hungarian army officer had left the country in 1944 – lived in Denmark, and that he was waiting for his passport in order to be able to travel to visiting his relative. As a result of the informants’ reports his passport application, which had previously been favourably evaluated, was rejected, and the suspicion of “escape” was noted in the informative file on him. Darkó, together with the members of the “dissolved Tamangó,”, was kept under observation by First Lieutenant Emil Fodor, the officer responsible for the case, using an informant network employing minors and personal contacts for positive influence, until his university admission.

The secret police suspicion of escape plans accompanied Darkó later on. On 11 November 1973 the Securitate in Cluj sent the relevant material to Military Unit no. 01340 in Oradea, where Darkó carried out his reduced-duration military service. They made special reference to the high-school events and to the educative intervention of the secret police, which had caused Darkó's behaviour to change so that no more “Hungarian-nationalist manifestations” had been reported in his connection. Though during his military service he was observed by an informant and two collaborators, this did not bring any results worth mentioning. On 25 June 1974 the military unit's counter-espionage office in Oradea forwarded the case-file of Darkó, who was waiting to start his acting studies, to the secret police in Târgu Mureș, where the case was taken over by the Lieutenant-Colonel Ernő Makkai. The informant surveillance continued mutatis mutandis between 1974 and 1978, even though, in view of the previous events, as an acting student of the István Szentgyörgyi Dramatic Arts Institute, Darkó consciously avoided confrontation. He did not talk about the Securitate among his friends and cautiously refrained from any anti-regime statements or conflict.

His secret police files do not say much about his work as a writer. In 1970 Darkó started to write the one-person home-made paper Bendzin, the characters, stories and myths of which served as material for the later radio play Macskarádió (Cat radio). This latter, the "samizdat" made by tape recorder – which is a true impression of the grotesque world of the Ceauşescu regime, and a cult-piece for former students – was considered by Romanian radio operators to be the sole appreciable Hungarian radio play from Transylvania during the decades of socialism. Darkó's first writings were published in 1975. He published also as “Henrik Szénégető” in 1976 using a shared pseudonym with the poet Géza Szőcs. His writings were published in the literary-cultural periodical Echinox (Equinox) and in in the literary, artistic and critical weekly of the Hungarians in Romania Utunk (Our way), both published in Cluj.

Darkó finished his studies in Târgu Mureș in 1978. After studying his observation file, on 28 March 1978, an unknown Securitate cadre in Târgu Mureș, proposed that it should be transferred from the operative system into the mailing fonds, on the grounds that Darkó was member of the Romanian Communist Party and that according to the reports written about him he had refrained from hostile manifestations.

After obtaining his degree he was appointed to the Ede Szigligeti Troupe of the State Theatre of Oradea. As a member of this company, between 1978–1982 he acted in plays by Áron Tamási, George Bernard Shaw, Federico Garcia Lorca and Sławomir Mrożek. While still in Târgu Mureș he had got married, but he and his wife Éva Tóth were divorced in 1981–1982, during his time in Oradea. They had no children.

Because of the encouragement of his friends, the born actor Darkó started to write and publish. He collected his stories and these were also published as an independent volume in the series Forrás (Source) at the Kriterion Publishing House. His writings containing absurd and fantastical elements at the same time showed a world and a city, the inhabitants of which in spite of peaceful appearances were in terrible danger. Its inhabitants had to flee all the time, only their ingenuity enabling them to outwit their persecutors. His stories are linked to the existential fears before 1989. The volume caused significant controversy when it was published, and later on, popping up periodically, it lead to the appearance of a significant literary subculture. In 2007, the 1981 volume was republished by Péter Egyed. But in addition to the Forrás volume material, Egyed also published, as kind of a screenplay, the recorded interactive material of Macskarádió (Cat radio), and attached the audio material of Macskarádió on a disc enclosed with the volume (a sort of "keep with us on the train to Hell").

István Darkó died on 7 September 1982 at the age of 28 under suspicious circumstances. At his funeral Géza Szőcs gave the funeral speech. The last comment in Darkó's informative file originates from the secret police in Oradea. The handwritten note of 3 August 1984 states that according to certificate no. 1651 of the Municipal People's Council of Oradea dated 9 September 1982 the file of the deceased Darkó contains material of no interest for the Securitate and that it is proposed that the file be placed permanently in the mailing fonds.