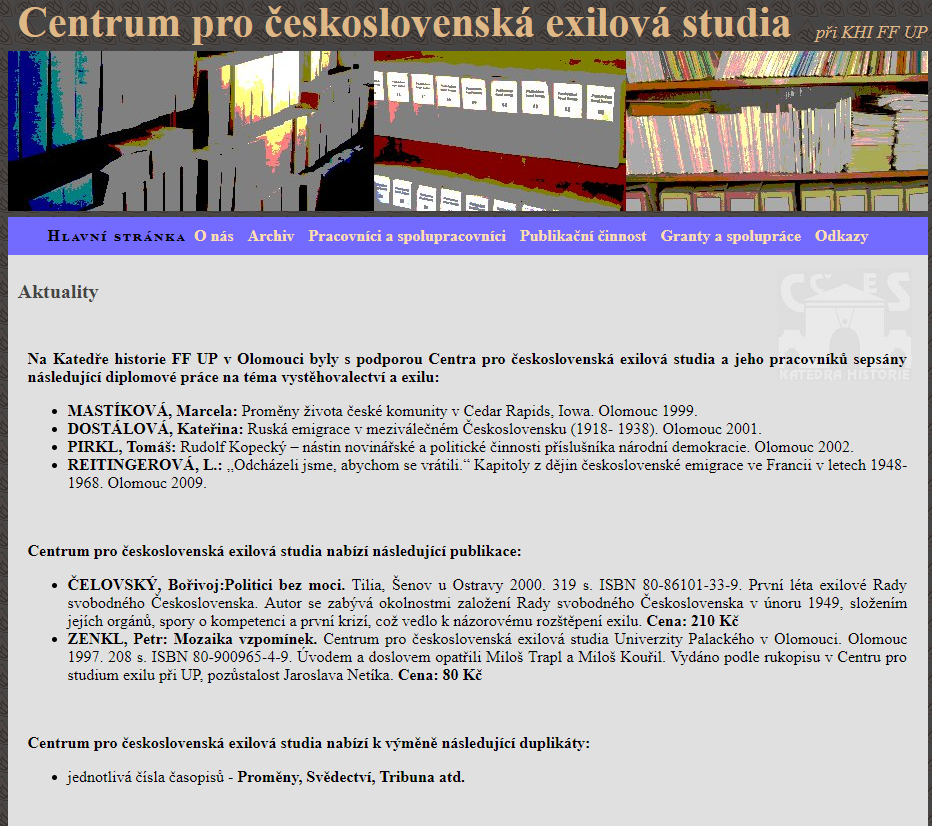 The Collections from the Centre for Czechoslovak Exile Studies contain many unique materials associated with the key figures of Czechoslovak exile. The collections contain archived materials that are related to exile not only in Europe but around the world, including Latin America and Australia.