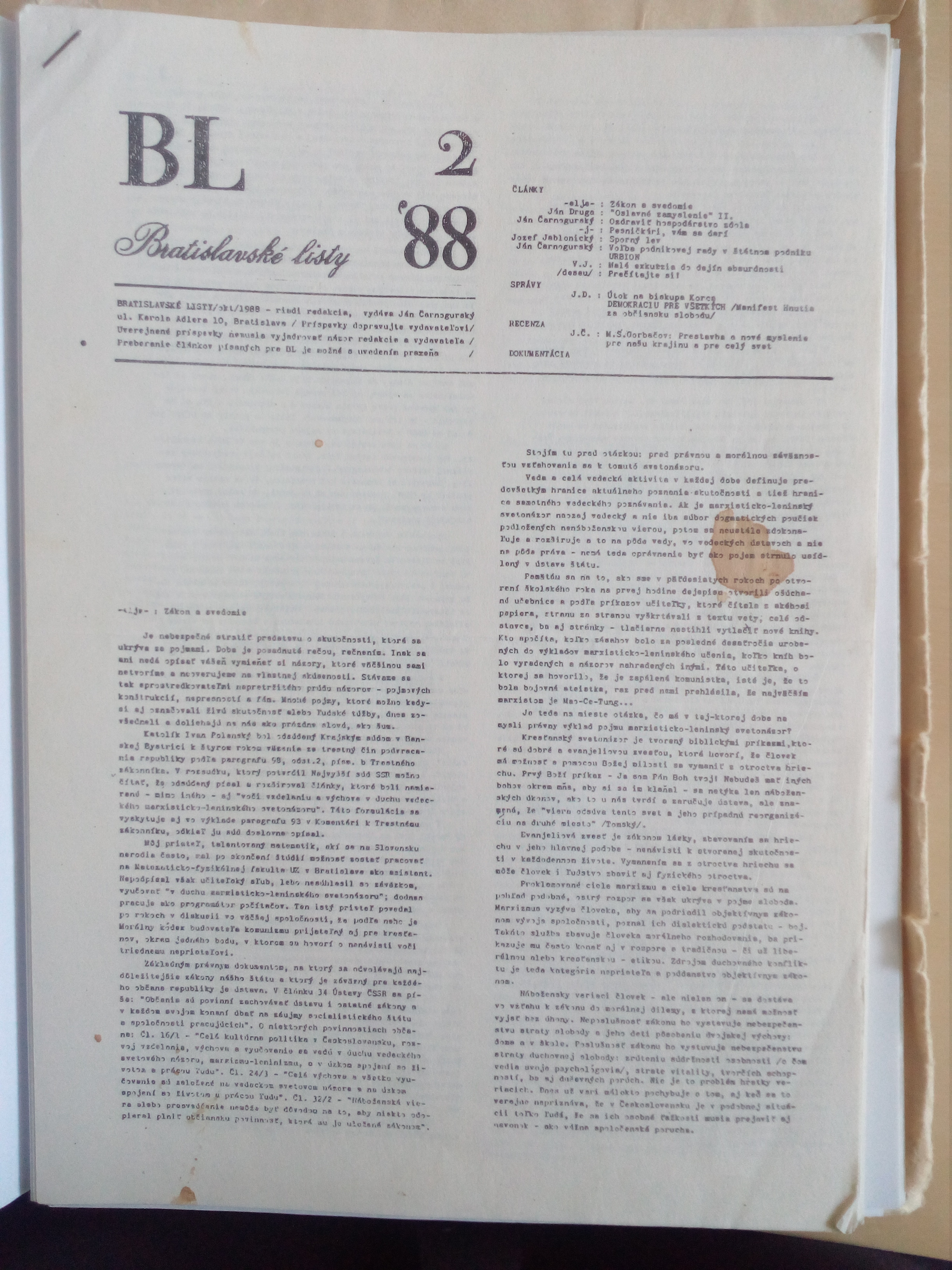 Bratislavské listy [Bratislava Papers] was a Christian-political samizdat created from 1988 to 1989, with 4 published issues. The Collection of Bratislavské listy Editorial Office was created in 2002 by the newly established Nation’s Memory Institute, an institution governed by public law that is focused on research and the collecting of documents from socialist era. This collection contains not only published issues of Bratislavské listy, documents such as correspondence, manuscripts, and personal notes of authors dealing with topics discussed in Bratislavské listy, but also unique original appeals to the Czechoslovak President signed, among others, by Alexander Dubček, Martin M. Šimečka or Ján Langoš.