Lithography 'Couple behind a fence' 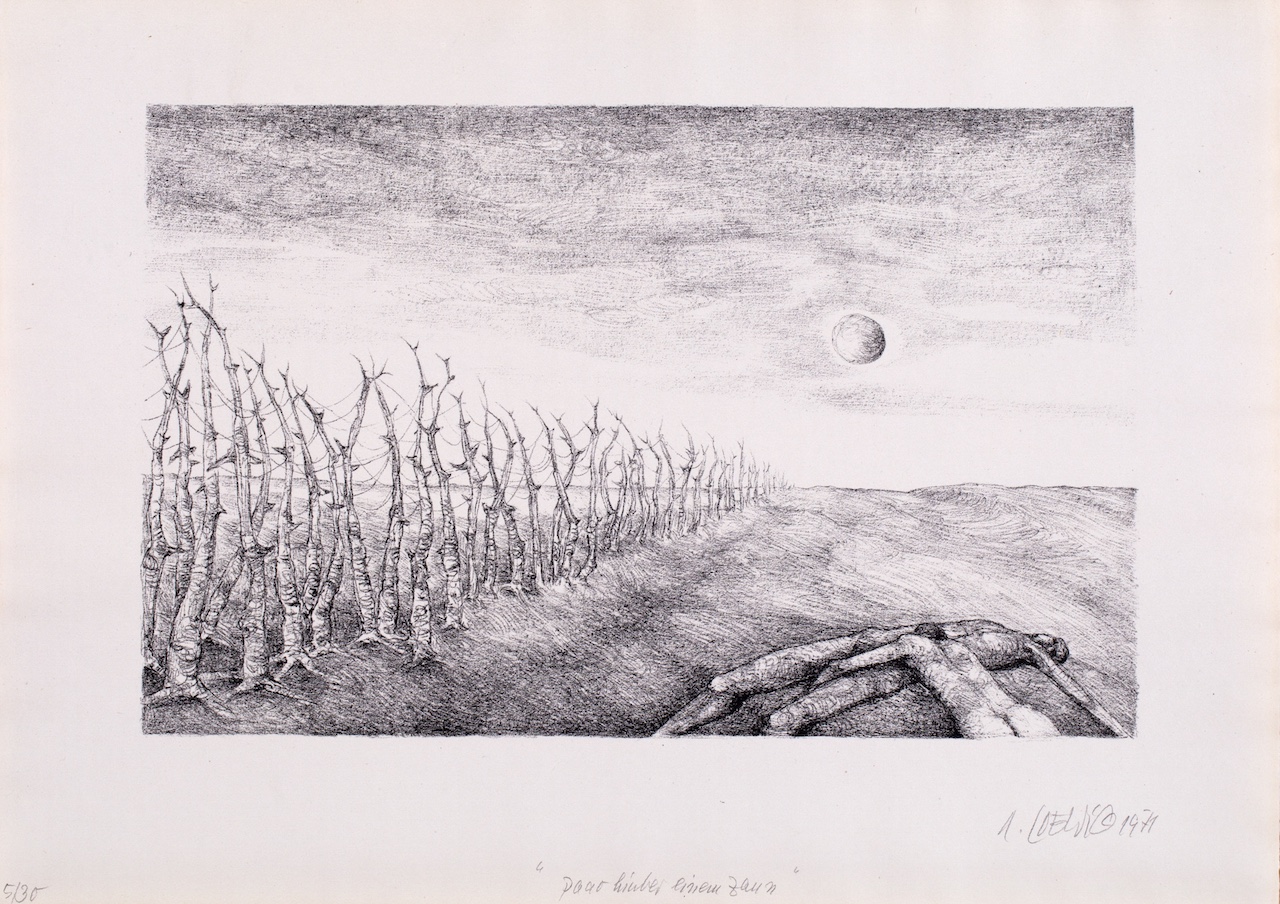 Recurrent motifs addressed by Roger Loewigs artworks are walls, rivers, fences, broken bridges, injured or dead bodies. These representations draw inspiration from the personal experiences of the Second World War, making a clear statement against any form of violence and repression.

The lithography 'Paar hinter einem Zaun' [Couple behind a fence], 30 x 42 cm, created in 1971, is the fourth sheet of the series 'Mein Mund webt ein Fangnetz für den Tod' [My mouth forms a catch net for death]. The series, including eight sheets, was created shortly before the artist's departure from the GDR. It accounts for the artworks created illegally during the period when the artist access to the printing machines was prohibited. 1971 it is also the year when his request to leave the GDR for West Berlin was granted. Thus one can account these series among Loewig's last productions while still in the GDR.